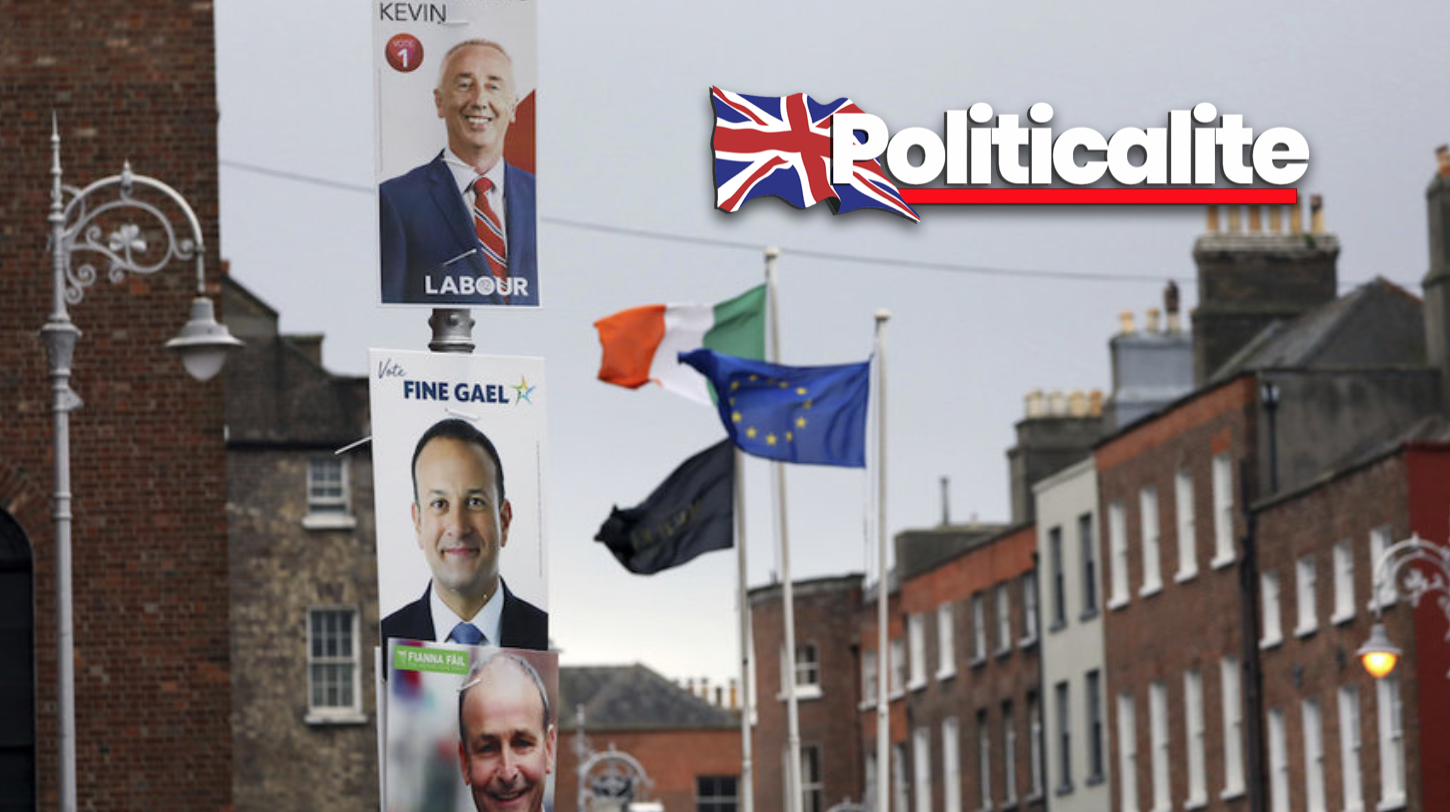 IRELAND was in gridlock last night as its three main parties Ireland’s were neck and neck following the general election, according to an exit poll.

Meanwhile, the Green Party has been forecast to take 7.9%, Labour 4.6%, the Social Democrats 3.4% and Solidarity/People Before Profit 2.8%.

If the unprecedented results of the exit poll are realised on Sunday following the counting of the votes, it will represent a breakthrough for Sinn Fein challenging the 90-year duopoly of the state’s two main parties.

The odds would still be stacked against Mary Lou McDonald leading the next government as taoiseach since Sinn Fein only fielded 42 candidates in the race for the Dail parliament’s 160 seats.

None of the three parties are expected to reach the 80-seat threshold to enable it to govern on its own, and a coalition administration of some complexion is almost inevitable.

Negotiations to form a coalition government are likely to be complex with both Fine Gael and Fianna Fail previously stating they would not enter an agreement with Sinn Fein.

The exit poll, carried out by the Irish Times’ pollsters Ipsos MRBI, was commissioned jointly by The Irish Times, RTE, TG4 and UCD.

The exit poll results were announced on Saturday evening after voting finished at 10pm, after sampling across the country among 5,000 respondents.

There have been conflicting reports over voter turnout in Ireland’s first Saturday parliamentary poll in more than a century.

Many areas reported a brisk voting pace through the day – but Taoiseach Leo Varadkar claimed at one stage that the numbers going to the polls were actually low.

Poor weather conditions caused by Storm Ciara and the Ireland rugby international were among other factors that could influence voters’ decisions on whether to enter the booths.

The country’s leaders cast their votes on Saturday morning.

President Michael D Higgins was accompanied by his wife Sabina at a Dublin polling station.

Micheal Martin, the leader of main opposition party Fianna Fail, voted with his wife, daughter and two sons early on Saturday morning in Co Cork in the south.

Sinn Fein leader Ms McDonald also cast her vote in the capital on an “important” day.

Brexit did not feature prominently in a campaign dominated by domestic issues like spiralling rental prices, record-breaking homeless numbers, controversy over the state pension age and a struggling health service.

There appears to be a mood for change, and the exit poll also suggested that Sinn Fein attracted support from younger voters who want to end Fine Gael’s nine years in power – but are unwilling to trust Fianna Fail again after the financial crash that tarnished its last term of office.