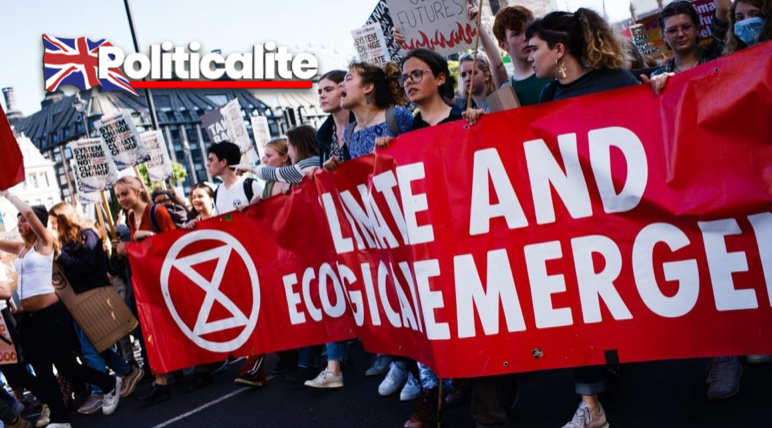 THOUSANDS of activists from the Extinction Rebellion group descended on central London on Monday as part of worldwide demonstrations calling for action on climate change. Footage shows protesters in Trafalgar Square as well as outside the UK government office and on Westminster Bridge.

At least 148 activists were reportedly arrested after Prime Minister Boris Johnson called on police to use the ‘full force of law’ to disperse the protests.

“I’ve just graduated studying biology, which was essentially, four years of being told by the experts that the planet is dying and no one is doing anything about it, and finally just the grief the frustration got too much and this is the most amazing positive outlet,”

Max a protester said at the demonstration. Similar protests blocking roads were staged by the movement in cities across the globe including, Amsterdam and Sydney. 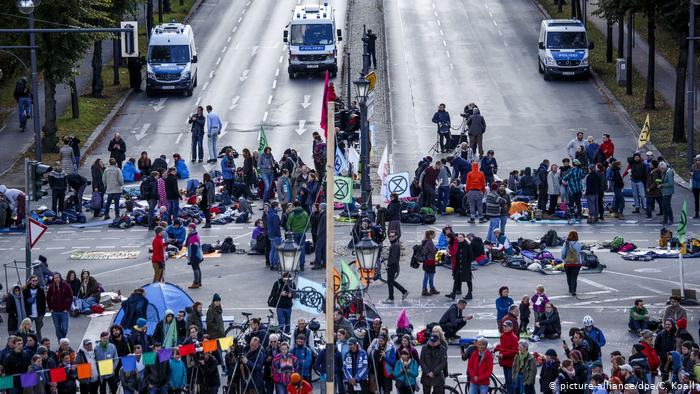 XR protesters took to the streets of Berlin where they disrupted traffic by occupying the roundabout that surrounds the German capital’s famous Victory Column.

Footage shows activists seated in the road along with signs calling for people to “Rebel for Life.”

London and Berlin are set to suffer another long day of protests by activists from XR who have proclaimed a day of action, with similar demonstrations planned across Germany, Europe, and around the world.