Following on from Jerome Rodrigues, a leader of the Yellow Vest movement in France, being put in a coma after he was struck in the right-eye, the Gilets Jaunes took to the streets across France today explicitly targeting police brutality.

Government figures acknowledge around 2,000 people have been injured in protests since the movement began Nov. 17, including at least four serious eye injuries.

In Paris, there were again violent scenes as the police sought to clampdown on the protests:

No end seems to be sight to the crackdown. France’s Council of State ruled Friday that security forces have a right to use controversial high-velocity rubber ball launchers for crowd control.

However, Benjamin Cauchy, a Yellow Vest spokesman from southern France who came to the Paris protest, slammed what he called a “regrettable decision” on BFM television, saying the weapon “is extremely harmful, imprecise and in the end is causing more sorrow than security”. 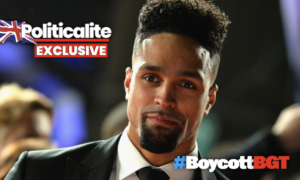 THE REAL FASCISTS: Italian MEP SLAMS Eurocrats
DREAM TEAM: Salvini Tells Trump “I Can Be Your Closest Ally”
To Top