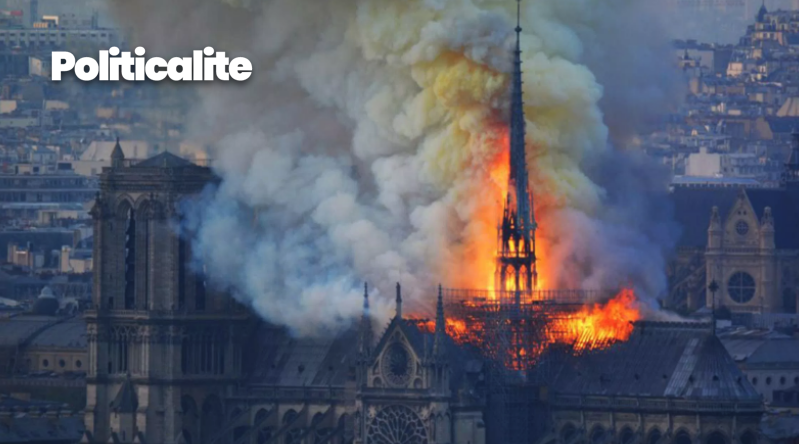 A BUILDING Firm working on the restoration of the Notre Dame before it burnt down has said that “No welding works were going on” at the time of the fire, “and no flames were used.”

Journalist Sotiri Dimplnoudis took to Twitter and said: “NO HOT SPOTS” according to the company, or flames being used.” 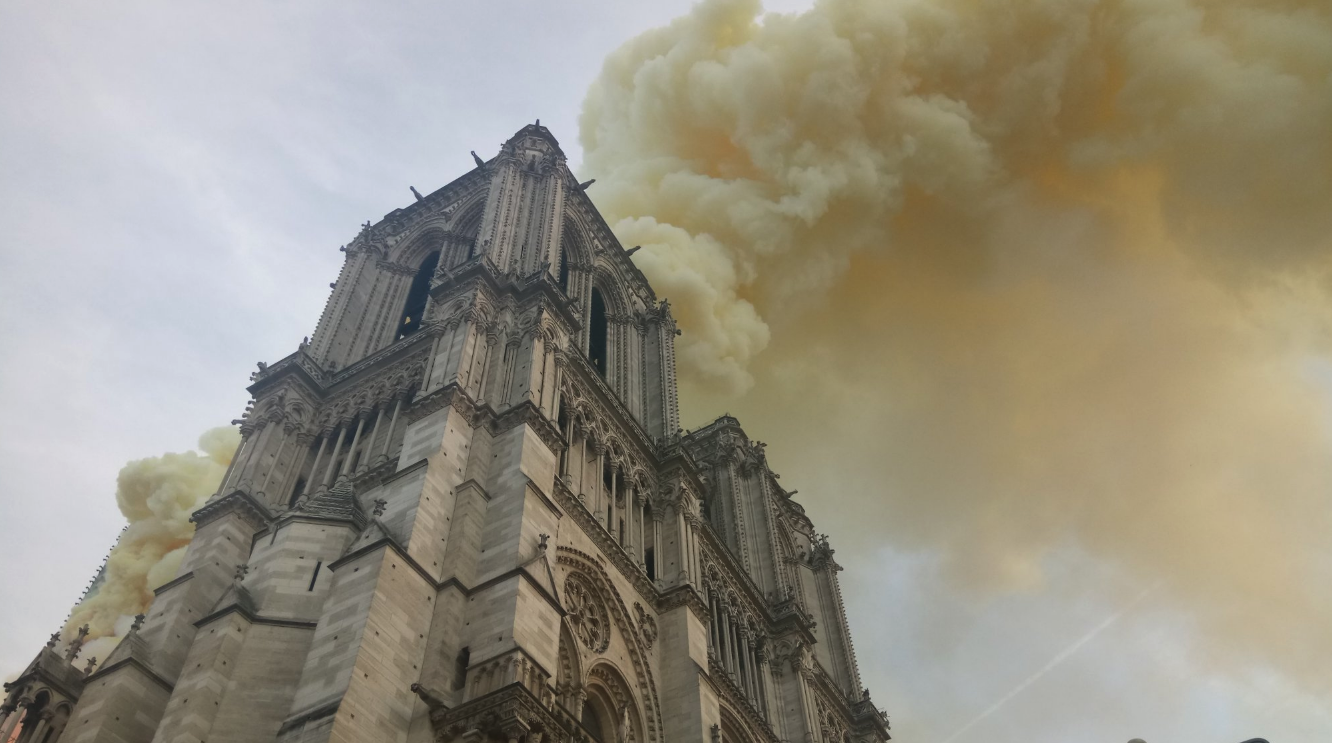 He added: “The last worker leaving the scaffolding at the #NotreDame in Paris has confirmed, he shut down the main electrical hub of the construction site, before leaving around 05:40 pm to his home. Police also concluded that the hub had been shut down on the site.” ‏ 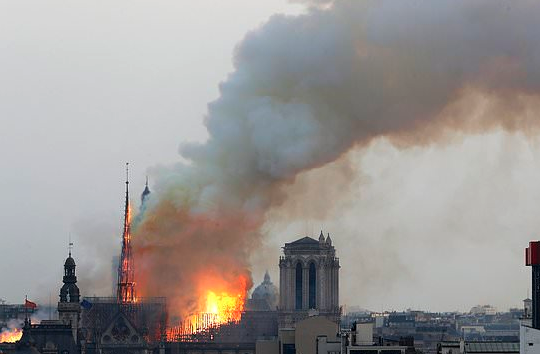 ‏
The company also added: ” work did not start at the church at the time of the fire.”

“We only extracted some of the statues on the Notre-Dame and completed the full scaffolding on Monday.” 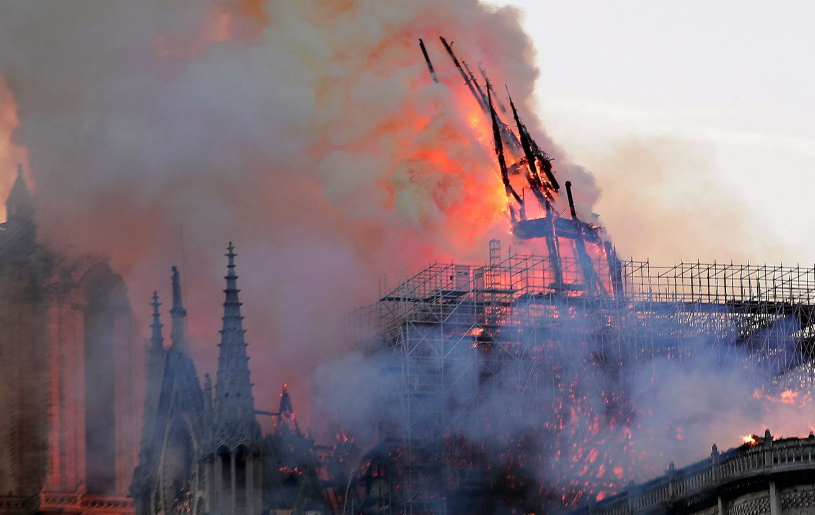 The last worker to leave the Notre Dame confirmed, he shut down the main electrical hub of the construction site, before leaving around 05:40 pm to his home.”

“Police also concluded that the hub had been shut down on the site.”

The fire started at around 6.50pm, that’s when the alarm was raised.

WHO WAS THE MAN IN THE TOWER?

A video on Twitter went viral, it showed a man the Towers of the Notre Dame. 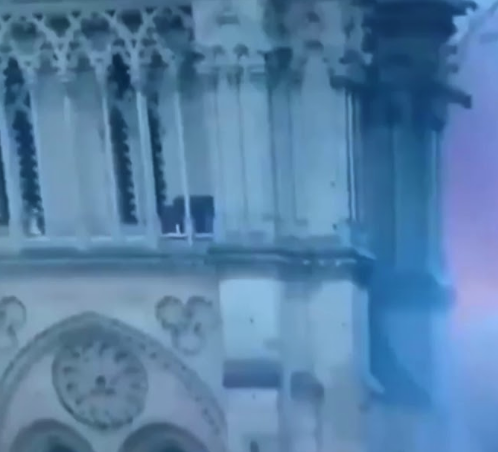 ISIS was accused of being linked the shocking Notre Dame inferno that destroyed one of the worlds greatest Cathedrals just days before Easter.

Some say that the fire is ‘no accident’ and have accused French authorities of ‘blaming the fire on construction work’ to hide the fact that ISIS is behind the fire.

Many people have been asking ‘just how does a church catch fire accidentally’, well… ISIS is celebrating and a poster depicting Notre Dame on fire produced by the terror group has now been found online. 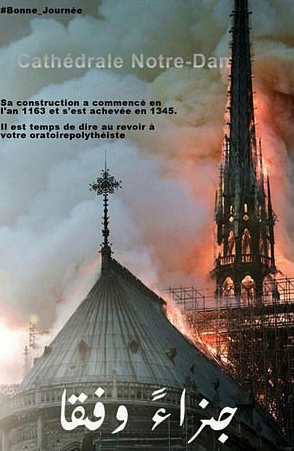 The Islamic terror group described the inferno as ‘retribution and punishment’.

he Daily Mail reported that “A poster of the blazing cathedral appeared online accompanied by the words, ‘Have a good day,’ and was created by the ISIS-affiliated Al-Muntasir group according to the Terrorism Research & Analysis Consortium.”

The poster says: ‘Its construction began in the year 1163 and ended in 1345. It’s time to say goodbye to your oratory polytheism.’

The jihadists referred to the catastrophe as ‘retribution and punishment,’ SITE intelligence reported. 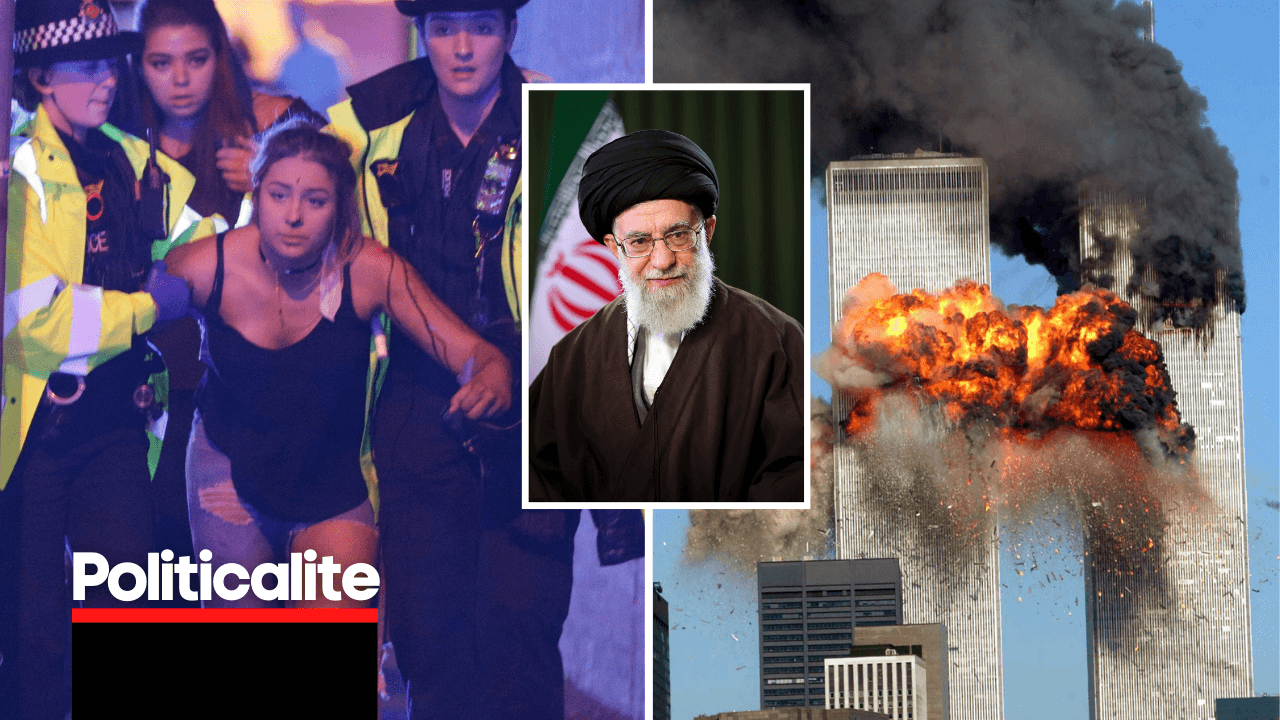