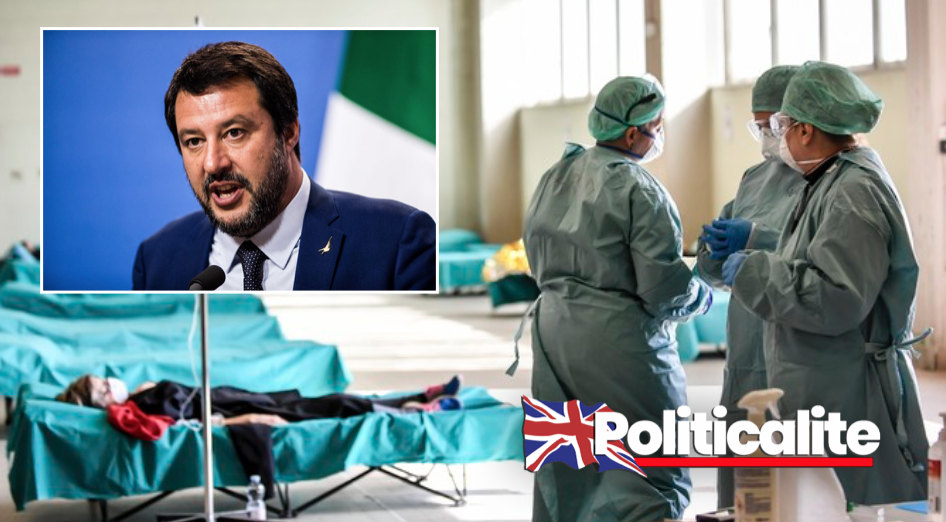 Senator Salvini, who’s also the leader of the right-wing populist League party and Italy’s most trusted politician, brushed off the viability of EU proposals to help Italy to deal with the coronavirus crisis, arguing that the loans would burden Italy’s younger generations, the Daily Express reports.

Instead of accepting loans from the EU, the former interior minister said that Italian Prime Minister Giuseppe, an establishment leftist, should issue treasury bonds to help mend the economy that’s been devastated by the Chinese COVID-19 virus.

“Many people ask me ‘what would you do if you were still in charge?’, I would ask Italian people for the money to let the country recover,” Salvini said during an interview with Italian broadcaster La7.

“I don’t believe in measures like the European Stability Mechanism (ESM), which is still talked about in Berlin, Amsterdam and Brussels because it would be a debt imposed on our children,” the populist Senator added.

“It would mean more equity and more precarious jobs.”

“I would apply an extraordinary issue of treasury bonds for Italian citizens, entrepreneurs and investors, guaranteed by the Government and by the European Central Bank – as this is its role – so that the Italian debt to fix roads, build hospitals and new police stations will be in the hands of Italian citizens with advantageous tax conditions.”

“I don’t trust loans coming from Europe, which will then mean – as we have seen in Greece for example -that airports, rails and even monuments will be sold to the highest bidder.”

So far, finance ministers from EU-member states have failed to agree on the terms of a financial aid package that would be dispersed to EU country’s who’ve been disproportionally affected by the Chinese COVID-19 virus outbreak.

While Belgium, France, Greece, Ireland, Italy, Luxembourg, Portugal, Slovenia, and Spain have called for “corona bonds” to be issued, Germany, the Netherlands, Austria, and Finland have so far opposed the plan.