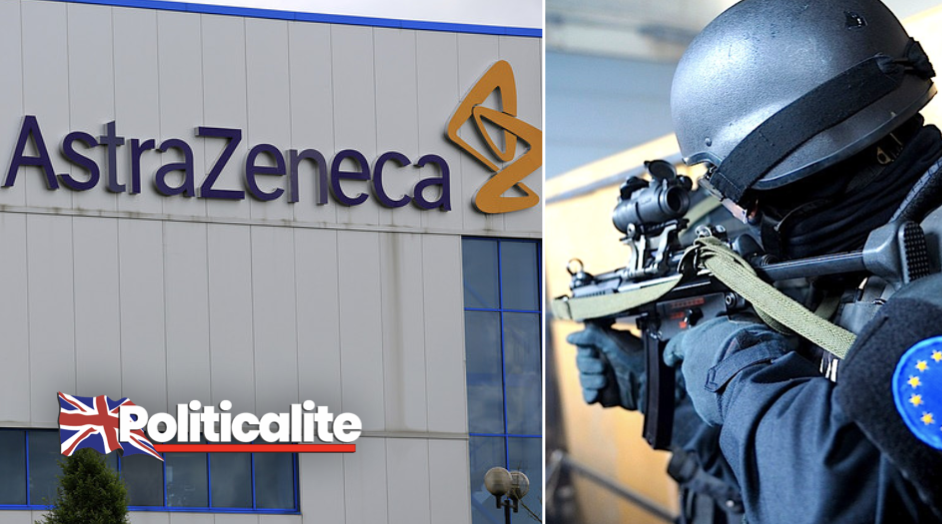 FAILING and left behind European Commission thugs raided the vaccine site of AstraZeneca on Wednesday, in an attempt to pressure the British pharmaceutical company into providing more vaccines for EU member states as the British vaccine effort speeds ahead of the Europrats.

The Telegraph reports that AstraZeneca’s site in Belgium was raided at the request of the European Commission.

Brussels is demanding millions of the AstraZeneca vaccines and threatened to BAN Pfizer vaccine imports to the UK in a selfish move that shows us just why Brexit was the right thing for Britain.

A European Commission spokesman told The Daily Telegraph:“We do not comment on the scope, on why it’s been undertaken and what has been audited,” but did not comment wether Brussels ordered the raid.