ET TU RISHI: Inside the BLOODY BATTLE being fought at the heart of Westminster
Advertisement 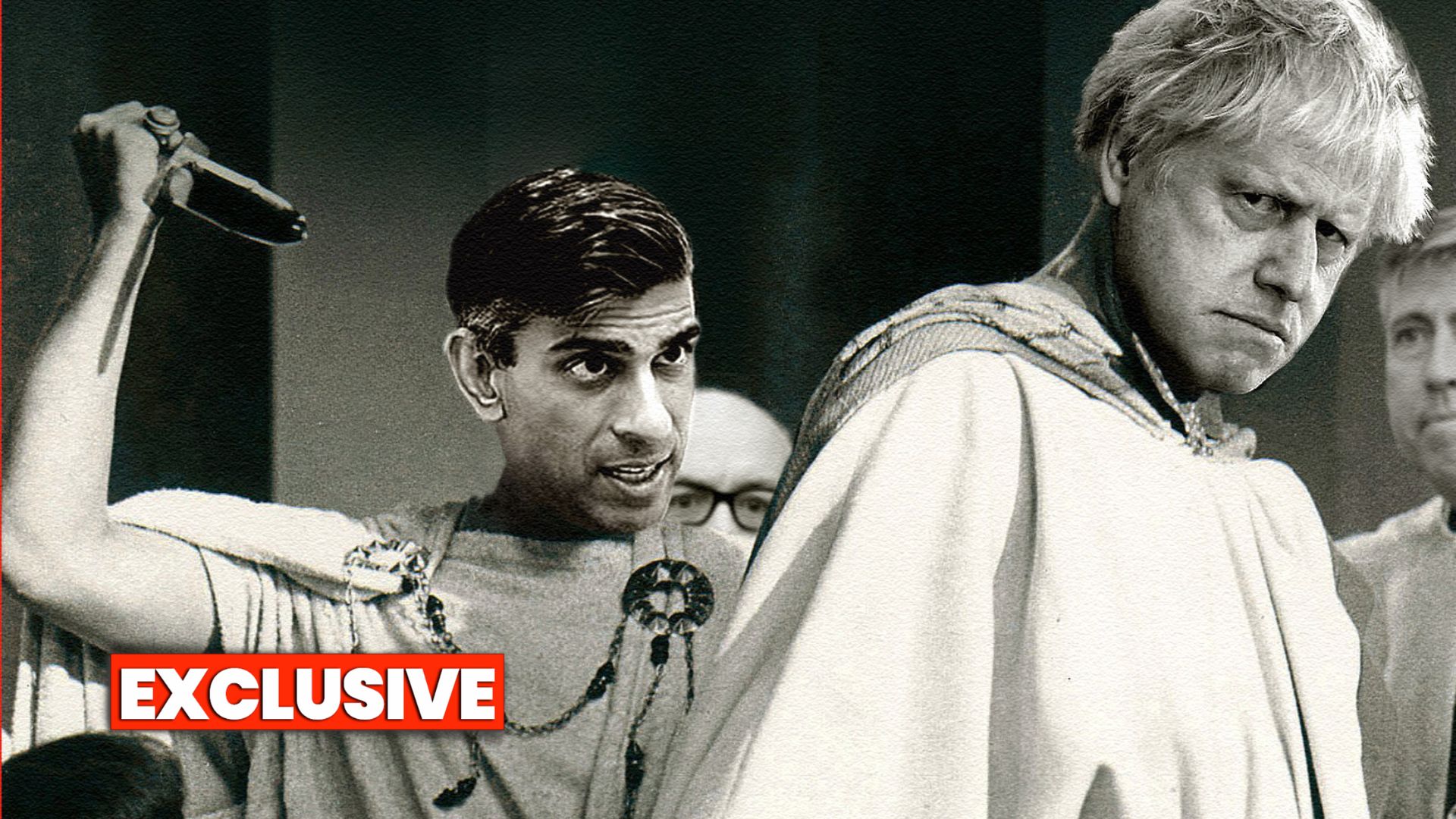 THE ROMAN Senate conspired to get rid of the Julius Caesar because they feared the power he commanded.

A similar plot played out for Boris Johnson in Whitehall. But this coup, although similarly tragic, was bloodless and carried out for a multitude of reasons.

So what is going on with the Conservatives? Answer: It’s complicated.

There’s the obvious battle going on at the moment between Liz Truss and Rishi Sunak.   But this is just one skirmish in the war that’s raging as I write this piece.

Another rift exists as an ideological division between the right and left of the party which permeates the Tory ecosystem.  Although this has always existed, the difference here is it is more stark than usual because of COVID, Net-Zero, the cost of living crisis, etc.  All these issues cleave along political lines.

Then there’s the complete disconnect involving parliament and the membership exposed during this current leadership election.

The wounds are also fresh in the fight between Boris loyalists and those MP’s who have always disliked him.

The fight rages on over Brexit thanks to Tory MP’s supported by the opposition and media who have never forgiven Boris for the pivotal role he played in getting us out of the EU.

But fundamentally there’s a bloody battle being fought at the heart of government.  It was referenced by the PM again at the despatch box when he advised his successor to not always listen to the Treasury. There is a massive rift between No10 and No11.

The Rise And Fall Of Boris

Boris Johnson won the Conservatives their biggest election victory since 1987.  His success meant that all the MP’s in the party who have always disliked him for not being Conservative enough, for delivering Brexit, or simply out of jealousy, were happy to ride on his coattails.  But the media , (let’s be honest here), had a vendetta against the PM.  To the leftist among them he’s an obvious target and he represents what they detest, Brexit.  So they took every mistep he made and exaggerated and compounded issue upon issue to reinforce their narrative that Boris is a lying, uncaring, narcissist.  Despite him never showing anything other than humility and contriteness in the face of such controversies.

So the facade of support started to fall away and the MP’s took the opportunity to depose the PM.

What was going on behind the scenes?

Is it possible that the master of the dark arts, Dominic Cummings, actually succeeded in getting his revenge on Boris?  What motivated him?

DC saw what he considered to be the pinnacle of his life’s work, the ARIA project, ripped away from him.  This was his brainchild and equivalent of the US’s DARPA.

His dream was the creation of a think tank which generates ideas for emerging technologies.  But the controversial aspect is the cost involved in producing a lot of dead ends and only a minimal number of successful projects.  Why’s this important?  Because it requires the backing of a pliant Treasury.

Cummings hatched a plan to bring the Treasury in line with his ambitions.  Sajid Javid and his advisors represented a significant road block.  In 2019 he sacked his special advisor Sonia Khan on trumped up charges of leaking information, resulting in her being escorted out of Downing Street by police.  Then in 2020 he convinced the PM to sack Javid’s team to make way for what Cummings persuaded him would be a unifying ‘Joint Unit’.

By luck or design, the chancellor resigned, presenting the opportunity to install a replacement who Cummings considered to be much more pliable than the previous incumbent.  Rishi Sunak was that person.

So we now had a new Chancellor and a new joint unit of advisors tasked with creating unity between No10 and No11.  But the undercurrent here is Cummings’s aim to revolutionise  Whitehall and to create a more compliant Treasury that would facilitate his plans for ARIA.  But with all that was going on with the pandemic, etc, Boris began to show less and less enthusiasm for his employee’s agenda. So the chief advisor’s attention turned to Sunak, who as PM he could exert more influence so his plans had more of a chance of coming to fruition.

In April 2020 Cummings hired Cass Horowitz, (the son of the author Anthony) who with Faraz Aghaei co-founded ‘Clerkenwell Bros’, a media promotion company. He was tasked with the re branding of Rishi.  Cummings, knowing the importance of a social media presence, wanted to improve his protege’s visibility.  On Instagram for example his views increased massively.  The grooming of Sunak had begun.

But the plans for getting him into the top job probably originated in November 2020 with the forcing out of the senior aid and ally of DC, Lee Cain.  Boris’s refusal to promote him from Head Of Communications to Chief Of Staff prompted his resignation. This led to a bitter row between the boss and his chief SPAD resulting in the sacking of the person who was to become the PM’s arch nemesis.

Cummings old ‘ joint team’ allied themselves with their new master at No11, Sunak; whilst Boris appointed a new team of civil servants known as ‘The Delivery Unit.’  The fluidity of allegiances of advisors is illustrated by recent appointment of Boris’s former deputy press secretary Lucia Hodgeson to Lee Cain’s Communications company.

How many of the stories about Boris were passed to the media by Cummings and his associates is unknown. But it is rumoured that the most damaging leak, the ‘partygate’ photo was said to have originated from Sunak’s team.

There was a failure of those around the PM to manage the Chris Pincher situation, or maybe it was a case of purposeful neglect?  But either way the coup de grace came from a former sacked and disgruntled Remainer, civil servant, Simon McDonald, who in a seemingly well rehearsed repudiation of Boris’s protestations dealt the fatal blow to his Premiership.

The most significant ministerial exits which culminated in Boris’s resignation started with the Chancellor and ex-Chancellor.  The chain reaction spread fast.  In the end the leader was under siege and was starved of a functioning government.  It’s almost impossible to believe that these departures weren’t carefully planned and coordinated.

Where are we now?

Sunak denied the allegation on Marr that he registered his domain [readyforishi] in December 2021. But this is evidently not true as there is proof of  registration on that date.  Worse, he cynically tried to cover up this pre-planning with an apparently spontaneous act of launching [ready4rishi] registered in July 2021 after declaring his candidacy for leader.

The premeditated nature of Sunak’s challenge to be leader and his attempts to fool people into believing he was merely following events, make him a frightening prospect as PM.

The Conservative membership feel robbed of a leader they elected.  They are aghast at the support MP’s have for the former Chancellor. The people know a traitor when they see one. And they are both angry and disillusioned at the complete lack of awareness of the feelings of the grassroots.

I fear that Sunak will embark on a campaign of nasty personal attacks on Liz Truss.  He and his backers will stop at nothing to win the contest.  But a determined group of Conservative members stand in their way.

Despite the way this coup played out, in the absence of a mortal blow, Boris lives to fight another day.  And this day may well come again sooner than we think.