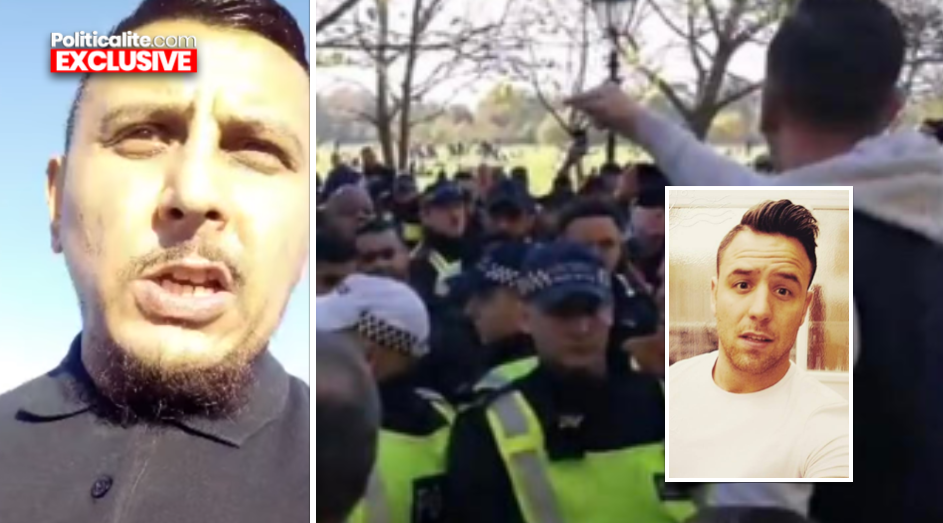 BRITISH Activist Danny Tommo was detained by Police today and banned from posting on Facebook after he exposed a ‘radical Islamist’ who allegedly threatened to ‘cut his head off’ at Speakers Corner in London’s Hyde Park.

Danny exclusively told Politicalite: “I was approached by two Muslim men who explained to me that my life was now over.” 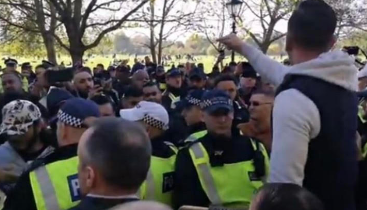 He revealed that a man called ‘Omar’ told him that he would find him “where ever he goes” and said he would “cut his head off and place it at speakers corner.”

“I was threatened that I would be beheaded,” said Danny. “Police decided to come for me because I was causing the Muslims to start saying how they really feel and what they really want to have in the country (Sharia).” 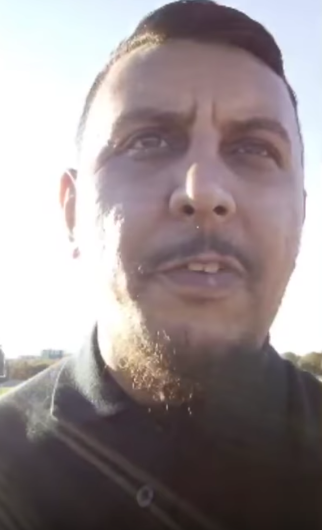 A man called ‘Omar’ later posted a video to YouTube which had a message for Danny and another Activist James Goddard.

He then began a radical rant that said: “This is a Muslim country”.

“This world is a Muslim world… Muslims will dominate the whole entire planet … there are 1.8 billion Muslims in this world” said Omar.

He also added: “Danny comes here acting big with his F****g mate James Goddard when there’s a whole line of Police in front of them.” 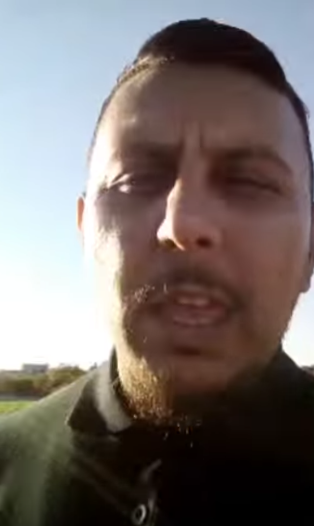 Danny said: “I was made aware of a video on a YouTube channel called “Speakers Corner” where [he] had a message for me.”

The activist shared the video on his Facebook page to expose the truth and was later banned by Facebook who said the post went against their community standards. 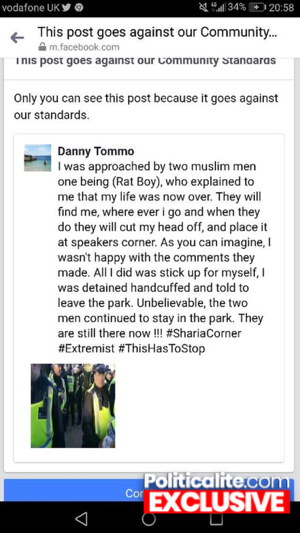 “I am now banned from posting, replying to my messages,” Danny said.

“I’m not sure how long it will last but, I will continue to fight for our nation.”