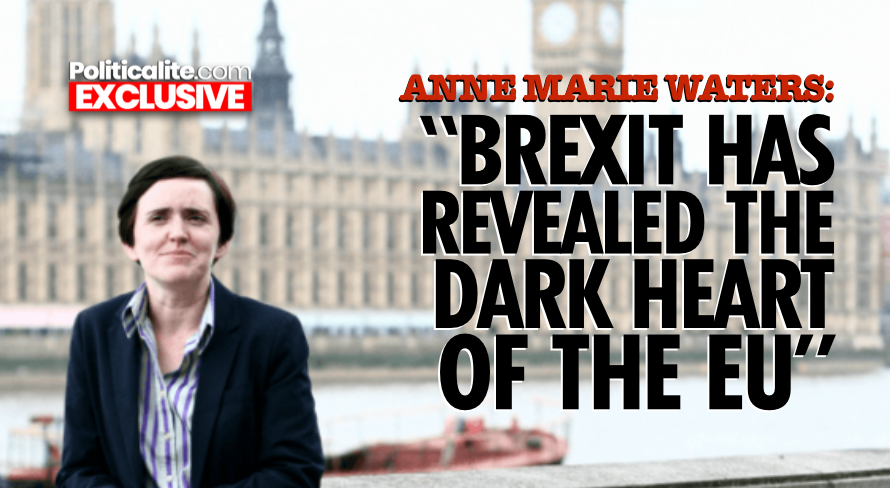 WELCOME to a new era – the era of globalism. It’s an era in which the borders are to come down, democracy will be openly frowned upon, and nationalism will be despised as an evil.

But nationalism is not an evil; it is a desire for nation-state democracy. In other words, it is a desire for accountable governance. Those who oppose it give a clear indication of their disdain for such a notion. Who do they think should govern if not the people? The answer to that is obvious.

Globalism doesn’t like accountable governance. Imposed from above, globalism is an alliance of the political class with super wealth; it seeks to deny us a voice because it wants to impose its will on to us all.

Those of a globalist “no borders” persuasion will try to play down the reality of globalism by suggesting that it’s a conspiracy theory. So let’s be clear, this is not a conspiracy, globalism is a very real political ideology advancing itself in full view. There is no conspiracy, just politics.

The two great bodies of globalism are the European Union and the United Nations. Both determined to bring down borders and both aware that in order to do so, Europe must be transformed from freedom to serfdom. For this, what is needed is the removal of our democratic franchise – hence the machinations of the European Union. A profoundly anti-democratic institution that has as its mission the transformation of Europe via anti-democratic laws and mass immigration.

Brexit has revealed the true dark heart of the European Union, as well as the complicity of national governments, including our own. We were lied to repeatedly during the referendum campaign and lied to again when the result shocked the elite. We went from “we’re definitely leaving” to “we can’t possibly leave” overnight. History was re-written to favour the globalists, and a second referendum is now on the cards.

The United Nations has for several decades attempted to wipe out the very nation that it purports to protect. It gave us ‘human rights’ and then trampled all over them. The UN Global Compact on Migration, while not legally binding, tells us exactly the route the UN is taking. It has created a new ‘human right’ – the right to migrate (to wherever you like) – while it ignores and sidelines the actual human rights of those in countries obliged to receive this new mass migration. Europeans have been murdered and raped in the streets by migrants, our culture dismantled, and our right to object is on the way to being criminalised. The rights of Europeans have been removed and replaced with the globalist mass migration agenda.

Why this attack on Europe? Why do the globalists so prioritise the dismantling of the Western world? For the simple reason that we were once free. The Europe-created Western world is not only the richest region on earth, but also (once) the freest and most democratic. That is why it has to be transformed. Free people will not vote to have their society and culture turned in to an open prison, where mass migration endangers us, and the law prevents us from objecting. Free people will not accept this, so they must have their freedom removed. That is the primary purpose behind the widespread anti-white hatred that so pervades the globe.

White people comprise the vast majority in Europe, and for that reason, they must be subdued. White people are used to democracy, that’s why it must be eliminated. White people have had our identity quashed, are described as inherently immoral due solely to our skin colour, and racial hatred against us is not simply met with silence, but is encouraged and condoned.

There is a reason for this, it is to subdue the European majority and make us hate ourselves enough to accept our own oppression.

Globalism will turn Europe into an open prison. We must stop it in its tracks. The rise of globalism, however, contains an opportunity within it; the opportunity to re-affirm the value of democracy and re-affirm our commitment to it. For Britain makes that commitment and we will not cower from it. We believe in democracy, the rule of law, nation-state sovereignty, and the right of Europeans to the protection of our identity, our culture, and our heritage. People may join Europe, but they may not destroy it.

That is our cause, our aim, and now that Europeans are increasingly aware of our demise, it is our opportunity. The chance to defend our society has arisen, and For Britain will grab it with both hands.

Anne Marie Waters is the Leader of For Britain.