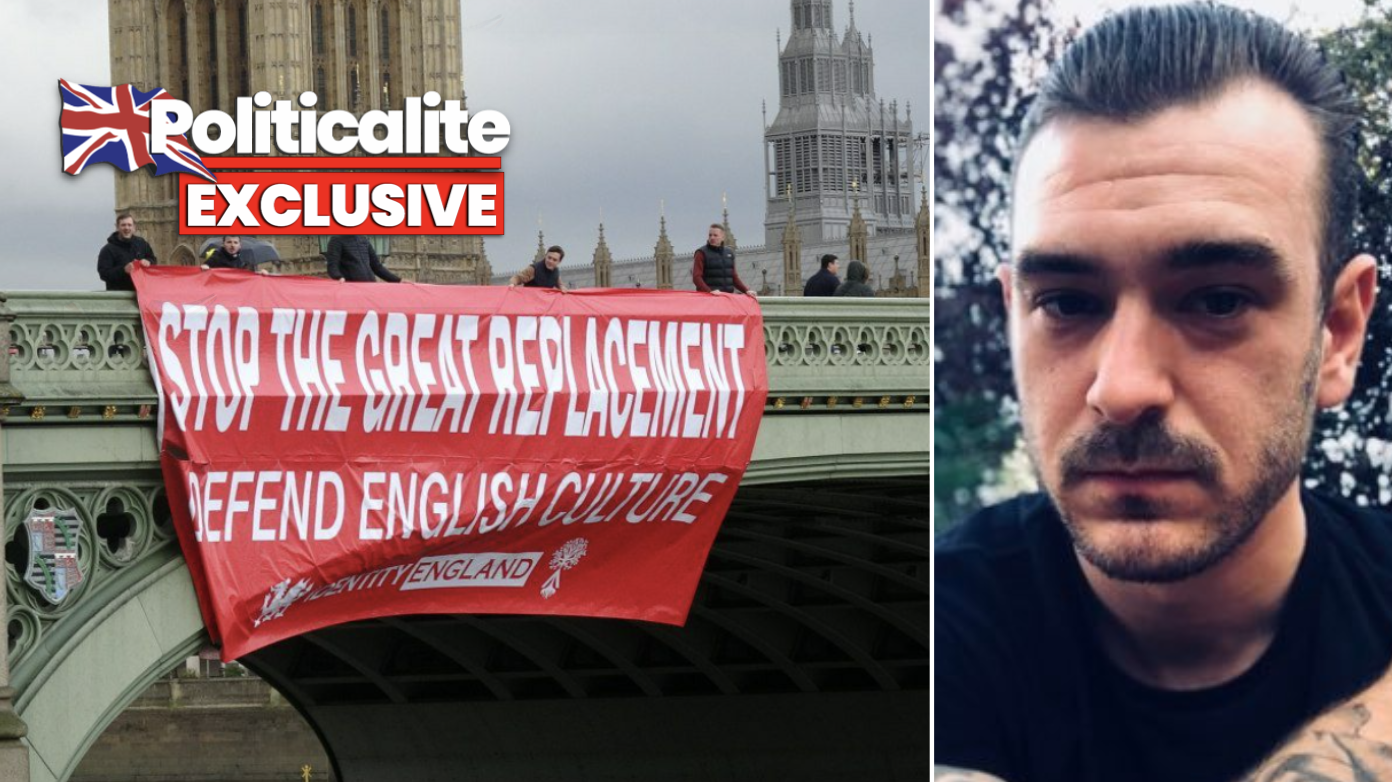 A NEW activist group has been launched vowing to champion the rights of the English and highlight the huge demographic changes that they claim are “causing irrecuperable damage to our country”, Politicalite can reveal.

The group, going by the name of “Identity England” launched on Saturday in Central London.

Charlie Fox, and other members of the group unveiled a banner over Westminster Bridge with the slogan ‘STOP THE GREAT REPLACEMENT – DEFEND ENGLISH CULTURE’, the ‘Great Replacement’ theory has been branded ‘Far-Right’ by the likes of Hope Not Hate. 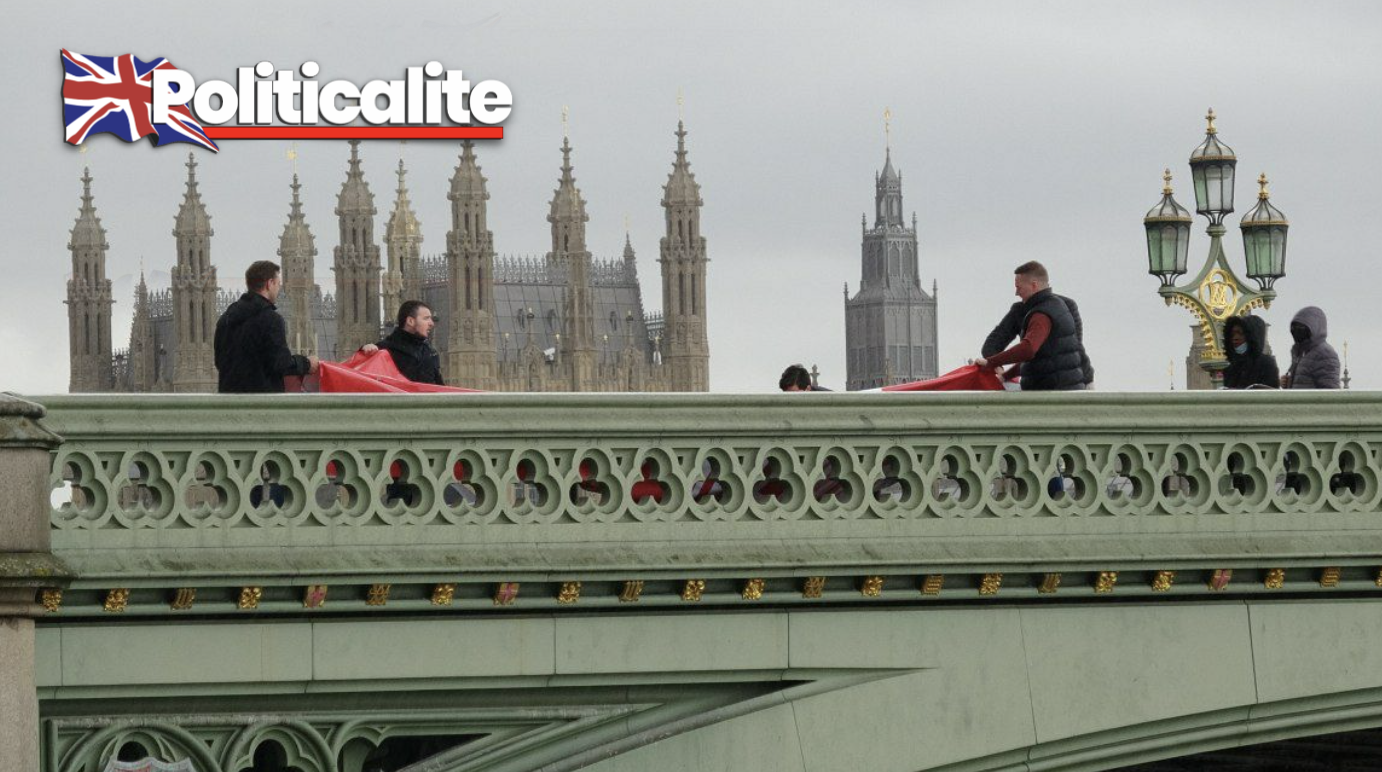 The groups Leader Fox explained: “Contrary to the mainstream liberal narrative, mass immigration, Islamisation and unprecedented demographic change have been wholly detrimental for the native English, particularly in our cities with knife crime and terrorism a constant threat.”

“Our people neither asked for nor deserved this.”

“Identity England will peacefully, but unashamedly focus on these issues and protest against the globalist agenda of our political elites.”

Identity England has drawn inspiration from similar movements in Europe. “The Great Replacement also known as replacement migration, is the term used by the Identitarian movement – a pan-European patriotic current – to refer to the huge demographic shifts under way across swathes of Europe.” Mr. Fox said.

“The 2011 census revealed that the White British made up just 45% of London’s population. Leicester records a similar figure, with other cities predicted to score similar minority status for the native population in the next census. Some will ask why this matters – we believe that if the English become a minority in their own homeland, as they are predicted to be by the 2060s if current trends continue, England will cease to exist in any meaningful sense.”

“Only the ethnic English can make England what it is – only we can be us. It would be a great tragedy if our ancestral land left the stage of history.” Mr. Fox stressed that the new group was not chauvinistic toward other ethnic groups.

Mixed-race Politicalite pressed Fox on the issue and asked whether he supported the motion that people born from immigrant parents “aren’t British.”

“The English, Welsh, Scottish, and the Irish are ethnic groups. One must be a member to one of these groups and have an ancestral claim to Britain to be British.”

“As Identitarians and ethno-pluralists we respect and value all peoples and cultures – where we differ from the political class however, is that we acknowledge the multicultural experiment has been disastrous and that each national and ethnic group deserve an exclusive homeland of their own, including ethnic Europeans, and in our case – the English.”

“The only real long-term answer to the failure of multiculturalism is mutually agreed remigration.”

Mr. Fox said his organisation will focus on peaceful activism, study and community building. He stressed that Identity England was a metapolitical grouping rather than a political party, its major aim being to influence political discourse and shift its political paradigm to where Identitarian, ethnopluralist ideas are included and debated. He concluded: “While the globalist elites in this country and throughout the West try to marginalise our common sense positions, we know they are shared by millions. Identity England is determined to challenge the status quo and become a rallying point for all patriotic English people.”

Hope Not Hate claims: “Identitarianism is a dangerous ideology which gives its followers an ultimatum: Get active or be “replaced” by non-white and, especially, Muslim immigrants. The identitarian movement has helped popularise this ‘Great Replacement’ conspiracy theory now prominent across the international far right.”

Neither Politicalite nor News Worldwide endorses or supports Identity England, we are impartially reporting on a new political organisation as news.