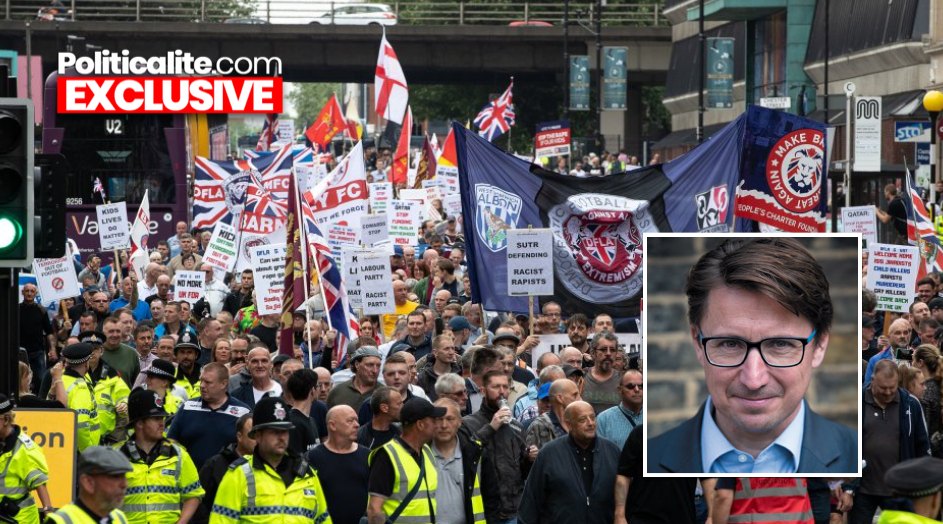 SKY News described them as “The new EDL” and claimed there was “Menace and Aggression” within their ranks, but are the Democratic Football Lads Alliance a far-right hate group? No, according to a DFLA spokesman.

The group raise money and help the homeless, are currently refurbishing a women’s refuge for recovering addicts in Wales and have raised £80,000 for justice of the 21 victims of IRA pub bombings in Birmingham.

I have been to witness several FLA/DFLA marches in London and Manchester and wouldn’t describe the group as “Far-Right.

The Manchester march to mark the one-year anniversary since the terror attack by an Islamic Extremist passed off mostly peacefully.

The group is filled with normal everyday people fed-up with Islamic Extremism and the fruits of so-called “Diversity” that has caused so many social problems up and down the country including gang crime, grooming gangs and Terrorism – there is nothing ‘Far-Right’ about holding those views, they are the views of the silent majority.

The group was originally called the Football Lads Alliance and was set up in response to multiple Islamic inspired terror attacks in the UK last year.

In June 2017, the group, then known as the FLA marched silently through London and clubs across the country put aside their differences and descended onto London for a march to pay their respects to the victims of terror. 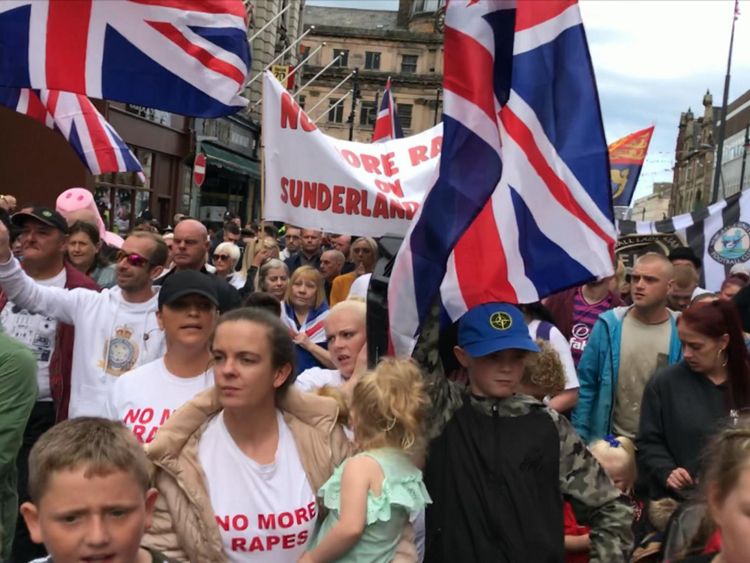 Most marches include ordinary working-class men, women and children fed up of the Establishment’s failure to tackle Grooming Gangs, Gang Crime and Islamic Terrorism.

I asked the group why they thought the press labelled them Far Right, a spokesman said: “We were labelled ‘Far Right’ as soon as our feet hit the ground on the first march peaceful march in June 2017”

“We were born out of the succession of terror attacks in London, and then Manchester being the final straw,” said a DFLA spokesman. “We felt the establishment wasn’t doing enough against Islamic Extremism and we needed to make a stand.”

They slammed the mainstream media and said: “They will label anyone as ‘Far Right’ if you criticise Islam, even though we criticising Radical Islamic Extremism, it doesn’t matter to them we were pigeonholed straight away.”

“Just like if we speak about the 84% of groomers who are Muslim and in the main Pakistani men.”

The group stressed they don’t just focus on Muslim grooming gangs adding “We speak out about all Child Sexual Exploitation involving perpetrators from all backgrounds.”

“At our next rally on the 13th October in London, we will be voicing our concern around knife crime, homeless veterans and the dramatic rise in rapes across the country.”

They admitted that football groups have a bad reputation: “We’re not Naive or silly enough to realise the comparison of Football Groups coming together could arouse suspicion due to the past, particularly groups from the 1970s and 80s who recruited fans to push their agenda, but we are very different.” said the DFLA.

“I would urge people to come on our marches who are unsure of us or visit our public Facebook page and see what we’re about and don’t take the far left unions and the MSM juggernauts word for it.”

“We have taken abuse from far-right groups and anti-fascist groups so that should speak volumes.”

People aren’t aware of the work we do with the homeless or the women’s refuge for recovering addicts in Wales we’re refurbing or the £80k we raised for the Justice for the 21 victims of IRA pub bombings in Birmingham.”

On the Unions plans to disrupt the groups marches the DFLA said: “The unions are ramping up the anti now to slander us because they fear us and have nothing on us as we’ve nothing to hide, we even have union members leaving them in droves in disgust.”

WORLD EXCLUSIVE: “We Need To Stop Brushing It Under The Carpet” Brave Daughter Of Murdered Grooming Victim Lucy Lowe Speaks Out