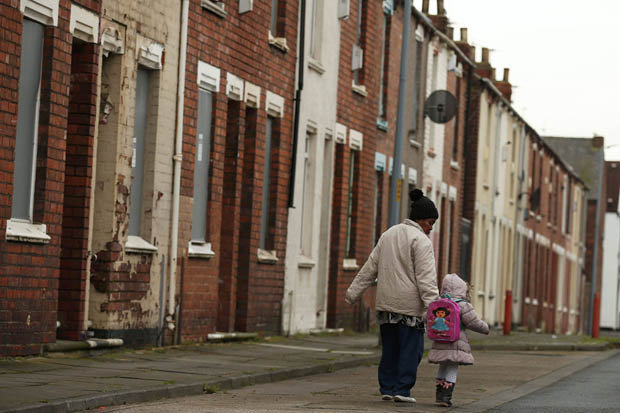 In July the homeless charity, Shelter, reported that 55% (33,000) of families living in temporary accommodation last year were actually in work – illustrating the fact that for many families working is no longer a viable way out of poverty.

More recently, during the first week of August, we were also informed that private rents have risen by a staggering 16% since 2011, compared to an average salary increase of only 10% during the same period – one of the reasons given by Shelter for the increase of homeless families in work.

Another reason cited by Shelter, for working families being homeless, was a lack of affordable housing, which of course isn’t untrue, however, it doesn’t address the root of the problem – being that the demand is significantly higher than the supply and that’s not to say that the annual supply of new houses is anything to be played down or made light of.

In 2016/17 a total of 184,000 new homes were completed in England, which is an incredibly substantial amount for such a small country, don’t you think?  However, despite the addition of almost 200k new houses every year, it’s still nowhere near enough. So why is that?

Well, every year since 2005 the population has grown by an average of around 0.8% (with the exception of last year, where the population grew by around 0.6%). In the year to mid-2016, the population had grown by 538,000, which to put into some perspective, is roughly the same size as the population of Leicester. Whilst an increase in life expectancy and a rise in the birth rate were undoubtedly contributing factors to this, most of this increase comes largely as a result of mass immigration.

So, what does that mean in layman’s terms? Well, to put it simply, it means that the population is growing significantly faster than the rate at which we can build new properties. In fact, according to a press release published by the think tank, Migration Watch, a new home will have to be built every five minutes, day and night, just to house new migrants and their families (based on current levels of net migration).

Another consequence of the ever-increasing demand on the housing market is the alarming rate at which the greenbelt is being lost to new developments. According to the Campaign to Protect Rural England (CPRE), over the past nine years 24,000 homes were constructed within the UK’s green belts with the result that land equivalent of 5000 football pitches has already been lost due to the relaxation of planning laws.  That’s not all, as allegedly, the situation is going to get worse as another 460,000 homes are currently planned to be built on land which will be released from the green belt.

Now one option, of course, is to build on brownfield sites. UKIP estimates that around 2.5 million homes could be built on these previously developed plots of land and, what’s more, CPRE analysis actually shows that more than half the land in these areas is in high demand, despite numerous ministers and developers previously claiming otherwise. However, one major problem we have at the moment is that the developers can’t build new houses fast enough, often leading to missed targets and when this happens, it often results in a loosening of local planning controls which, in turn, leads to developers choosing to build on the more profitable green-field sites whilst leaving the brownfield land untouched.

Recognising this issue, UKIP introduced new policies to their 2015 manifesto that would see financial incentives given to developers providing they build on brownfield sites instead. Some of the incentives included: the elimination of stamp duty on homes that are built on brownfield sites, grants of up to £10,000 per unit – available to developers to carry out essential remediation work, and grants to cover the cost of indemnity insurance that would also be available to developers of decontaminated land.

Another issue, that many local authorities face, is getting approval to build on sites within close proximately to other developments; owing to the fierce opposition from local residents – many of whom are already struggling to get doctors’ appointments, their children into local schools and having to cope with increasing levels of traffic.

Astonishingly, the housing crisis has gotten so bad that some people are now even convinced that the desecration of the greenbelt is actually a good thing. Mark Littlewood, director general of the Institute of Economic Affairs (IEA), a so-called “right-wing” think tank, believes that the relaxation of planning laws is the best way to address the UK housing crisis – citing the fact that house prices have risen four and a half times since the 1970s.

But why should we? Why should we have to choose between protecting the Green Belt and making it easier for the younger generations to get on to the housing ladder when there are a perfectly reasonable options that can satisfy both outcomes, one being to build upwards rather than outwards?

Addressing the issue of an ever increasing demand for housing, according to the think tank, Migration Watch, over the last ten years, 90% of the additional households created in England were headed by a person born outside the UK. That is 1.1 million additional homes out of 1.2 million between 2005 and 2015.

Therefore, with a sensible migration policy, we could bring down the demand for housing to something considerably more manageable, therefore resulting in more affordable housing whilst simultaneously protecting the green belt for future generations to enjoy. Now doesn’t that sound like a better option? Especially when a lack of suitable, affordable housing is known to have a detrimental effect on the health and wellbeing of those living with homelessness and the threat of it.

EXCLUSIVE: Muslim Tory Chairman backs HOPE NOT HATE campaign to SUSPEND Boris
EXCLUSIVE: The Grassroots Tory Plan To Heckle Appeaser Theresa At Conference over her Chequers Clusterf*ck
To Top
Politicalite uses cookies to improve your experience. We'll assume you're ok with this, but you can opt-out. Accept Cookies Policy
Privacy & Cookies Policy