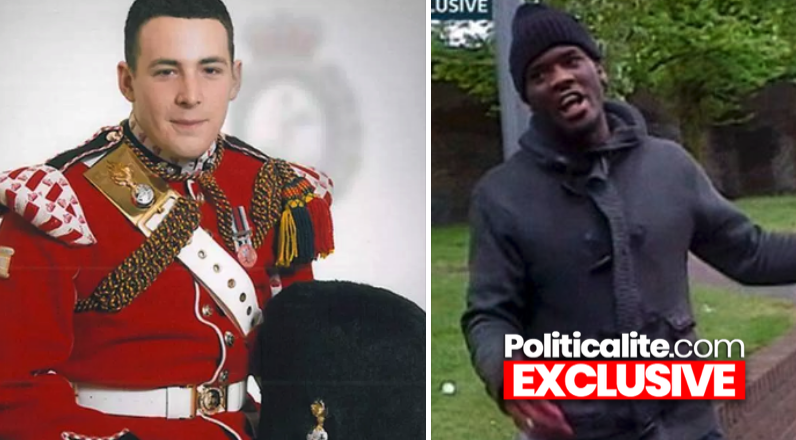 A LEFTY Twitter troll nominated for a ‘No Hate’ award, has been accused of mocking Lee Rigby, who was killed by Radical Islamic Terrorists, Politicalite can reveal.

Fiyaz Mughal’s nominee for a #No2H8 award continues to troll with a twitter account that consistently mocks Lee Rigby.

Roanna Carleton-Taylor of Resisting Hate has for years trolled the internet with an account that goes by the name of Monkey. 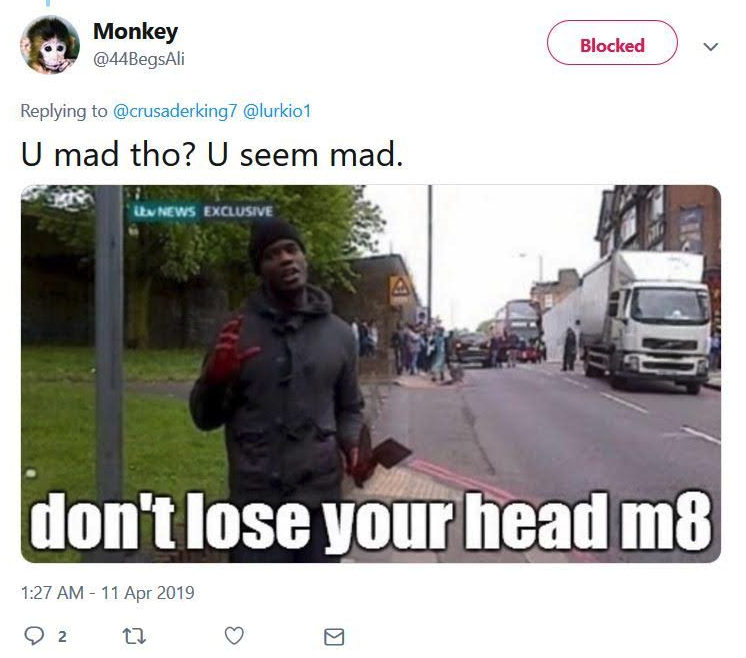 Roanna was nominated for the award of Upstanding Community Volunteer 2 years ago.

A source told Politicalite: ” It’s strange that she was nominated, given the fact that all she was ever known for was being an internet troll, yet somehow, in spite of her online bullying of others.”

Fiyaz Mughal gave her an interview and she was nominated for an award.

At this point, Roanna decided to come out publicly with her real name, address, and face picture. She currently has the likes of Mike Stuchberry and other left-wing commentators aligning themselves with herself and her group.

The screenshot of the conversation between Roanna and the Monkey character is from a couple of days ago. 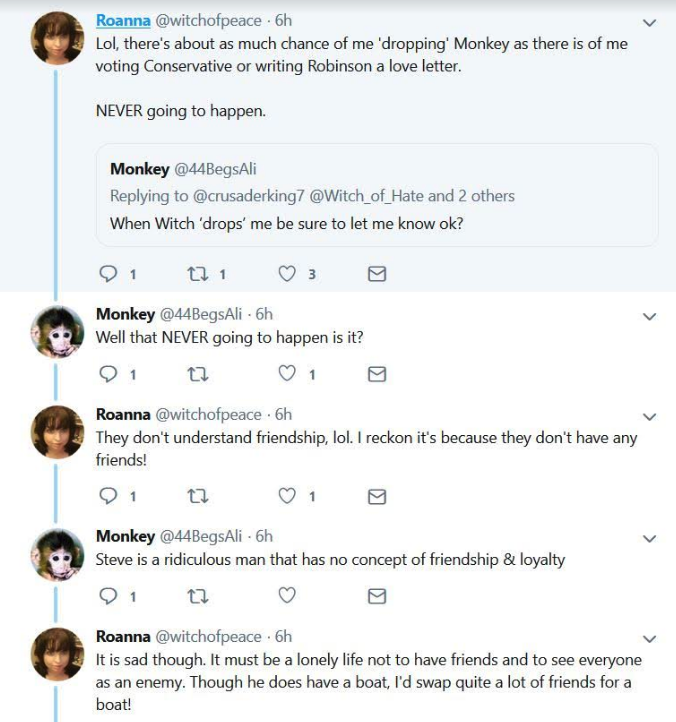 The meme of Lee Rigby’s killer saying ‘don’t lose your head’ was reposted by Roanna’s friend, Monkey, this morning. It was originally posted shortly after Lee’s death.

This isn’t the first time it has appeared online, and Roanna will be very well aware of it. In spite of Roanna’s claims to fight hatred, she states very publicly, and on more than one occasion, that she will never reveal the name of her friend who calls herself Monkey on twitter.

The Rigby family, their friends, as well as the public at large will be outraged to see a young man’s murder being made fun of.

They will be even more outraged that Roanna is refusing to name this person and have them face the consequences of their actions.

Roanna Carleton-Taylor is every bit as guilty as the Monkey account it.

Anyone who stands by and watches such a thing and does not intervene is every bit as guilty as the person who posted it is.