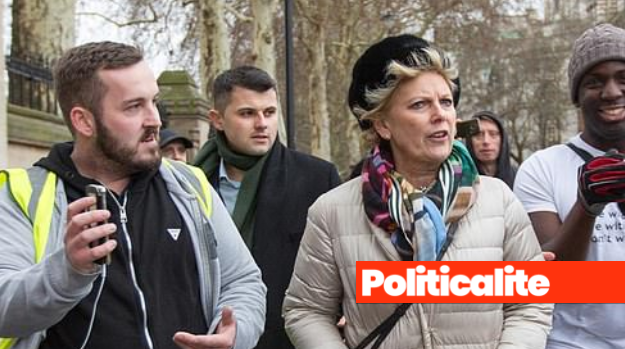 JAMES Goddard has told Politicalite that he admitted guilt in a court case relating to the Anna Soubry ‘Nazi-Gate’ to avoid prison branding the trial ‘a complete stitch up’.

Goddard, 30 questioned the ex-Tory remainer MP and called her a ‘Nazi’, and filmed the encounter in which he branded her a “traitor” for betraying the country’s vote to leave the EU in 2016.

James told Politicalite: ‘I Had To Admit guilt otherwise they where gonna send me to prison’

‘So I did a deal with them’

‘Which means the only restrictions I have is that I’m not allowed in Westminster… but they were looking at sending me to prison for 6 months.”

Goddard added: “I feel like a coward, but we live to fight another day”.

He also claimed that the judge’s husband was a ‘Tory life peer that voted against no-deal Brexit.”

“It was a complete stitch-up” added James.

James will be sentenced on Monday.