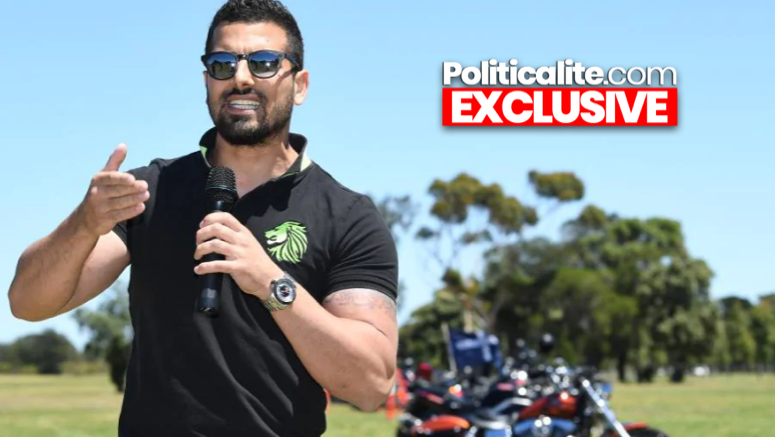 POPULAR Aussie activist Avi Yemini has been hit with charges of ‘assaulting his ex-wife’ and the media is on full attack mode – but there is much more to the story than meets the eye, Politicalite can exclusively reveal.

Yemini, 33 who is a popular right-wing activist and a close friend of jailed activist Tommy Robinson is facing a ‘full on’ media hit job over the case that has been widely blown out of proportion.

His ex-wife claimed that she had faced ‘devastating and lasting impacts the assault has had on her life’.

Yemini pleaded guilty to charges that involved ‘flinging a chopping board’ that hit his ex-wife, Sarah Lyford along with sending explicit text messages where Avi called Ms Lyford a “P. O. S” and a “c***” in 2016.

Sources told Politicalite that the activist was simply involved in a ‘domestic’ similar to many couples and described the incident as part of the ‘ups and downs of married life’.

Yemini’s ex-wife said that “It was like I didn’t exist as a human being, I was just a vessel for his hatred,” but sources close to Yemini told Politicalite that Ms Lyford only went public with the allegations as part of a custody battle with their young kids and was ‘using his recent found fame to cash in and destroy his career.’

When asked by the judge if there were photo evidence of her alleged lump, Lyford replied, “no”.

No police report was ever filed until 3 years after the alleged incident, once custody proceedings started.

In summary, read out in court, Ms Lyford made it clear she does not approve of Yemini’s views.

The source added: “This was a normal domestic incident that millions of couples face across the world – it has been blown way out of proportion to damage his career.”

The source also added that Yemini was in the midst of a custody battle after Lyford stopped him seeing their kids.” describing the alleged abusive texts the source told Politicalite: “It’s total bullshit… there were three texts picked out of 10 years”

“Most longterm relationships include arguments and sometimes couples say mean things to each other” added our source.

In court, Lyford asked the media to print her victim impact statement claiming the minor domestic incidents ‘ruined her life’.

Mr Yemini declined to comment when approached by Politicalite but we now understand why; Yemini’s lawyer, Debra Mandie, explained in court that he was being left defenceless to the media smears as Lyford had taken an intervention order preventing him from telling his side of the story.

Leftists have seized the opportunity to label Yemini a ‘domestic abuser and woman basher’ even though the charges don’t substantiate those outrageous claims.

It seems the mainstream media will stop at nothing to smear activists who speak up for the working-classes – but all this proves is that Yemini faced similar relationship issues as many couples across the Western World.