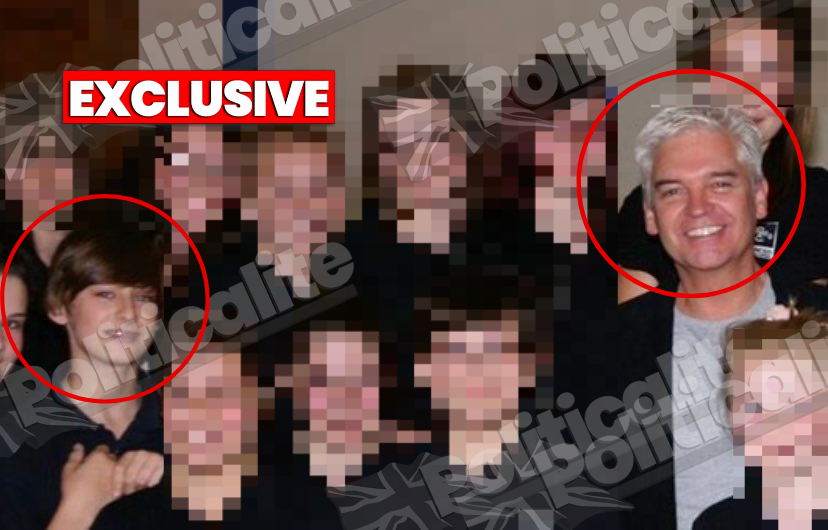 PHILLIP Schofield and his best pal Simon have been accused of allegedly grooming a theatre student who went on to work at This Morning and had an affair with the ITV star, Politicalite can exclusively reveal.

In 2020, Phillip came out to the nation and was branded a “hero”, but telly and newspaper sources claimed to Politicalite that there was a “darker side” to the bombshell revelation and the subsequent claims that he had an affair with This Morning runner Mathew McGreevy.

A newspaper source said the public coming out: “It was done very last minute and that something was about to drop.”

“Then I notice Phillip spoke to and was quoted by The Sun in an interview. And from what I learned about selling stories to my guy is that you only give an interview to stop something else being published.”

The revelations and alleged affair left many wondering what age Matthew was when the pair first met and also brought suggestions of Mr Schofield abusing his position of power.

The Apple TV series The Morning Show – that tells the story of sexual misconduct on an American morning news programme also references Phillip Schofield, which fans claim is a “cryptic clue” to the allegations.

McGreevy, then 18-years-old was invited down to the This Morning studios for an exclusive backstage tour of the hit daytime show in 2014.

In 2014, before he landed the plush runner job on the show McGreevy ‘got a taste for television’ spending the day with Phil and his co-host Holly Willoughby after being invited for an ‘access all areas’ tour at ITV’s then-London Studios.

The rumours engulfed This Morning in July 2019 when a staffer who’d worked with Schofe told an ITV insider that from the short time he was on a production that, “he knew Schofe was seeing a runner on this morning.”

“It Seems Ruth Langford found out with it in November 2019 and the rest is history since he came out in that bullshit interview with Holly.”

Phillip met Simon in 1994 Simon Schofield performed in Oliver at age 12 at a Manchester theatre school.

“Looking at the likes on the early posts of Simon. Matt has liked a few of his posts. Its who was friends with who first. Did Simon & Matt know each other first. Or did Matt and Phillip know each other.” added the source.

The insider added: “I think Simon was a middle man in some way.”

“To then pass him onto Schofe… Can’t imagine they’d have got together when Matt was underage.”

“Schofe and Matt communicated on Twitter for a bit when Matt was a teen. That lead to work experience, leading him onto working on TM. That’s when I think the relationship started.”

Politicalite has approached ITV for comment, but has not yet received a reply.