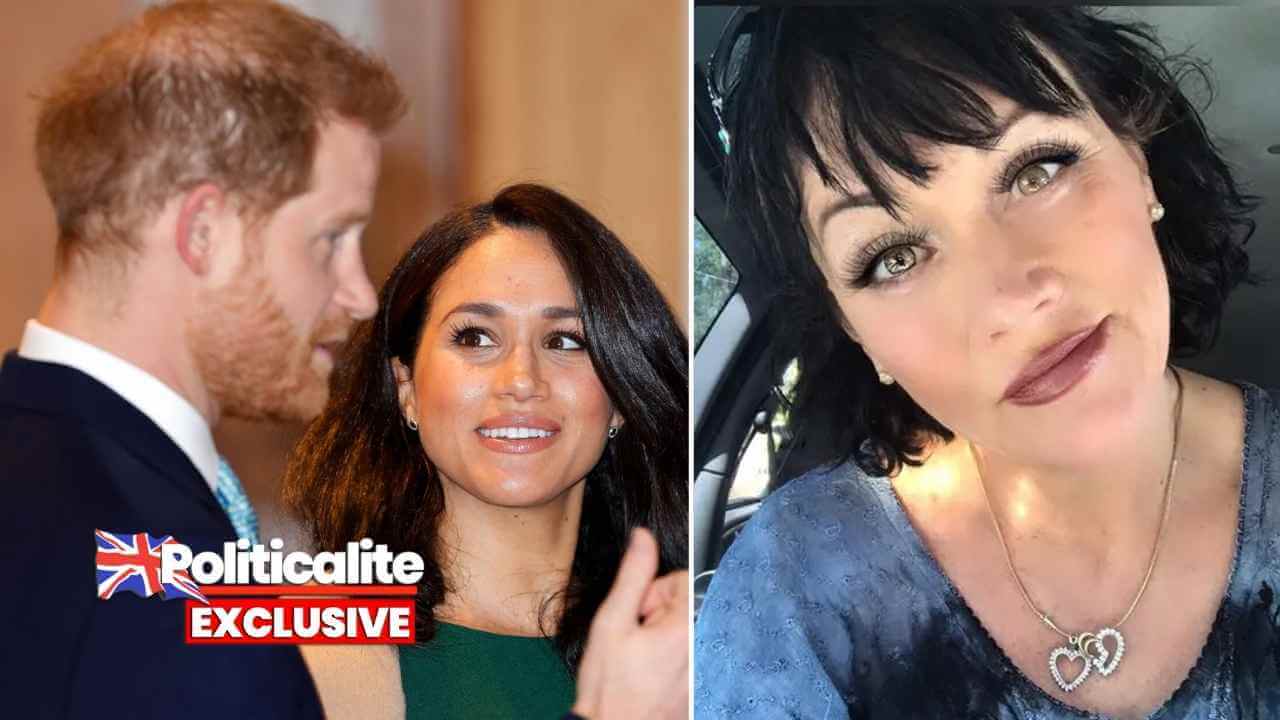 WHILE Samantha Markle has been maligned for writing her new autobiographical memoire, The Diary of Princess Pushy’s Sister, Part I, she deserves credit for shedding light on how certain aspects of family life shaped the future duchess, her half sister, Meghan.

The book is a page turner and is a fascinating indictment of the public, press, royals, Meghan, Harry and a lot more. She makes the case that the Markle family has been unfairly targeted for speaking out publicly when they have merely been telling the truth.

Samantha gives interesting background material on growing up in a biracial family in Los Angeles. Despite lots of details about the Markles making the book worthwhile, unfortunately there are many grammatical and typographical errors which a serious edit could have eliminated.

What’s interesting and not in the press? At Thanksgiving before the wedding, Samantha claims that Harry may have met Thomas, which is not widely known. She writes, “I was happy to find out that my father had spent Thanksgiving with Meg and Doria. Harry was quite gentlemanly to rent a house in the Beverly Hills area of Los Angeles because it would be convenient for both Dad and Doria.” Harry also supplied the chef, butler and security.

Samantha characterizes Doria in an unflattering light. A nude with a hands-and-legs-covering -private-parts photo of Doria was hanging in the hall which Samantha found embarrassing. She also describes Doria in a bathrobe smoking pot on the front lawn which was also embarrassing and Samantha tried to make light of to a friend.

She continues, “I usually didn’t pay too much attention to Doria coming in and out of the house with her friends . . .[but then] I got upset thinking about the partying that went on when my dad wasn’t home.” Samantha explains, “When Dad and Doria were not home and Meg was asleep in her crib, I hurried nervously into their bedroom. . . I opened the dresser drawer to look for any morsel of evidence that might explain the climate change in the household. I came across something in the back corner of one of the drawers that shocked me into nausea.”

“I picked up a stack of photographs and couldn’t believe my eyes. I looked through the pictures quickly and a lot of the behaviors in the house started making sense, including the squabbling. I wondered about the women in the photographs with Doria, and grimaced over the implications. I hurriedly tried to put the photographs back as neatly as I had found them, and closed the drawer.”

After the divorce, when Meghan would come back after visiting Doria she was more willful. Samantha writes, “When she got back from her mom’s house I felt like some of the changes in her personality were attributable to a bit more than ‘growing up.’ I thought perhaps there was some negative coaching going on.”

The young Meghan was her father’s favorite and as such she became somewhat spoiled and willful. When the kids were told to pick out their own presents one Christmas from a catalog and Samantha picked out a moderately expensive ring, Meghan sassily told her Babe, you’re not getting that ring.

When the teenage Meghan was attending Immaculate Heart High School, she was in a production of Damn Yankees. Thomas did the lighting for school productions. Samantha writes Meghan “behaved like a tyrant to Dad . . because of a disagreement that Meg had she demanded that my father ‘walk off the production.’” When Thomas refused to back out because he was a professional, Meghan didn’t talk to him for two weeks.

When Meghan was earning good money for her role on Suits, Samantha suggested that she start paying Thomas back for her million dollar eduction. Meghan has repeatedly refused to do so [even with the Netflix money.] Samantha claims that it is justifiable for the Markles to be paid for interviews and photographs since their privacy has been invaded and they could use the money.

Samantha only mentions two main men for Meghan, Trevor and then of course Harry. She leaves out Joe Giuliano at Northwestern when Meghan was at university and she omits Meghan’s romance with Toronto chef Cory Vitiello.

She describes the wedding with its glittering celebrity crowd and huge costs. Samantha relates that the occasion to showcase the royal family’s display of unity for having a biracial bride for Harry, had an underlying sadness for Thomas and the Markle family. Meghan had threatened Thomas that he could only come to the wedding if he disowned his other children. He never received an invitation (Doria received a parchment one.) From there the story is well known about his heart attack preventing him from attending.