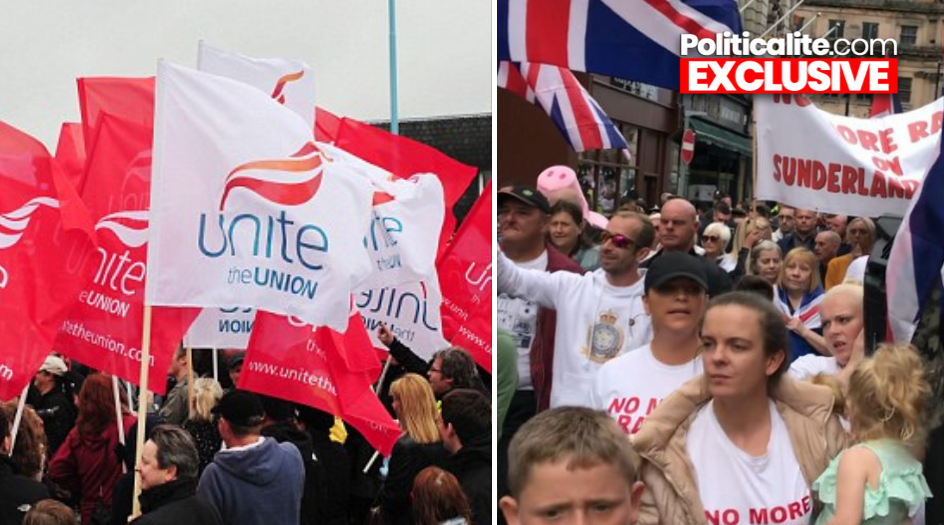 FAR-LEFT Unite The Union, funded by working people across Britain is planning to ‘Disrupt’ a planned Demonstration against the rape and grooming of young British girls, Politicalite can reveal.

Unite’s regional secretary Karen Reay sent a letter to members revealing measures to “Mobilise” against the working-class DFLA and branded the group and its supporters as “far-right.” 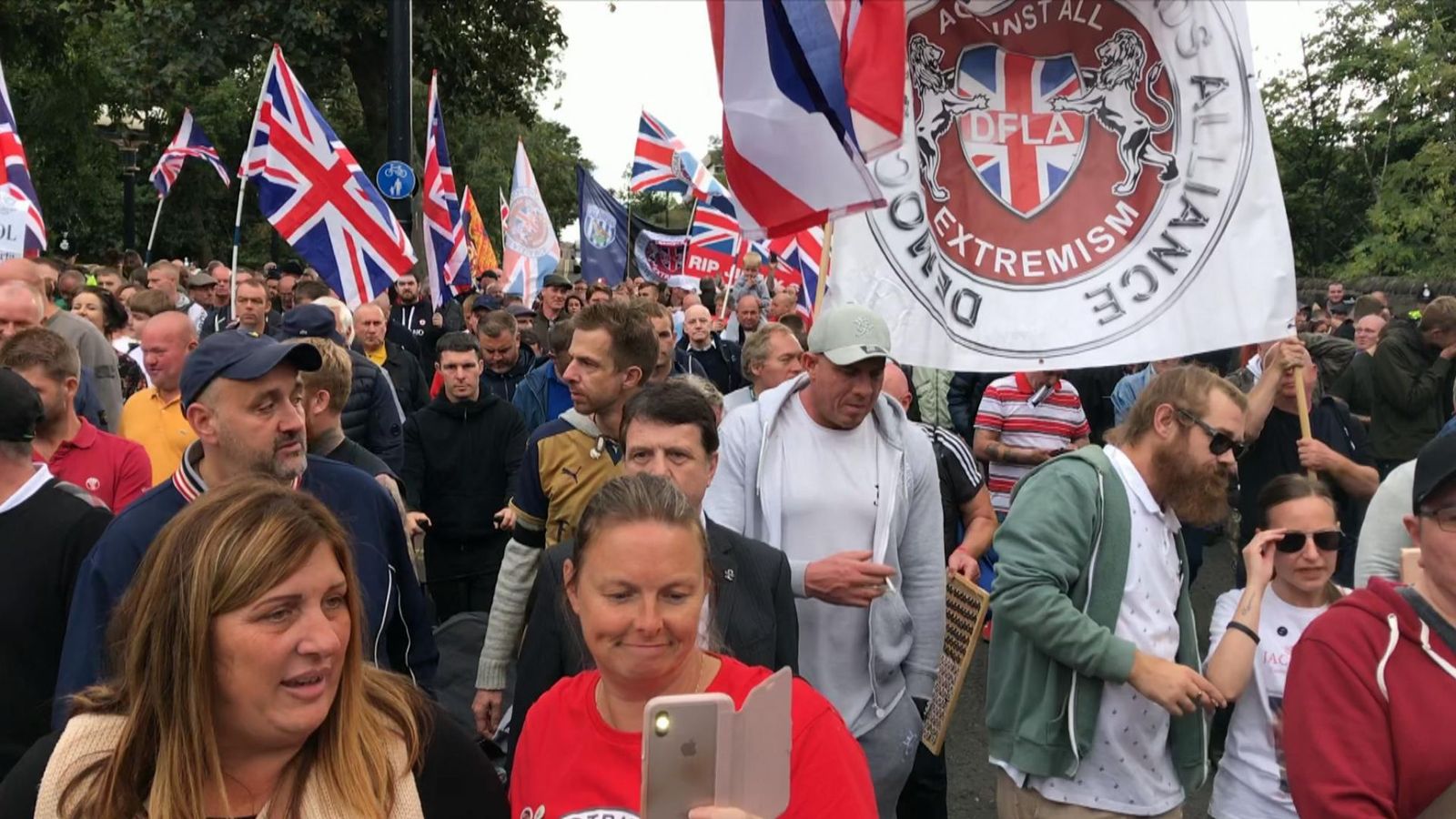 UNITE ‘Against The Working Class’

“The next DFLA demo is on the 13th October promising to protect girls against grooming gangs … rape by Asian Men,” said Reay in a letter seen by Politicalite. 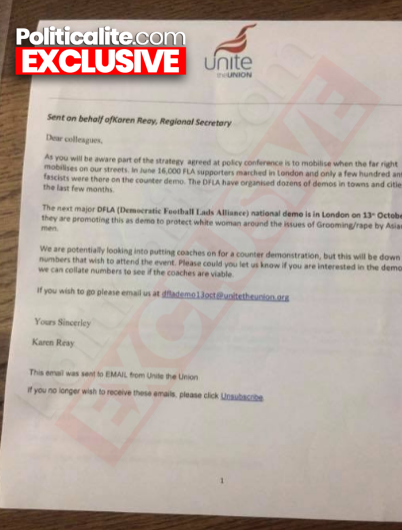 She then reveals that Unite is planning to put on coaches for a counter demo against the working classes fighting against grooming gangs.

The union was founded to help the working classes, and now it is against those very people, actively planning to disrupt a demonstration from mostly working class people who are fed up of Pakistani grooming gangs that are STILL raping young British girls across Britain.

Karen Reay revealed that Unite had also set up an email for people interested in attending the counter demo. “dflademo13oct@unitetheUnion.org” we are using this for our readers to ask Unite for comment.