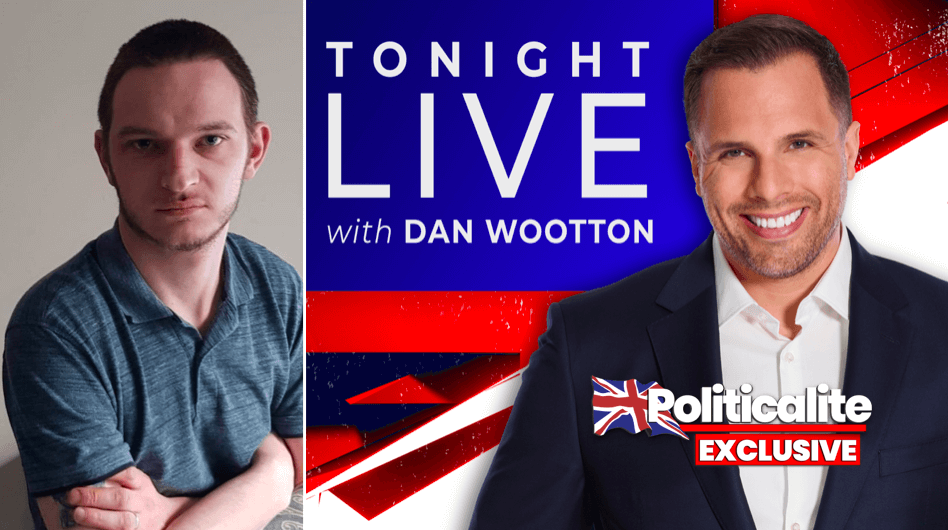 A VIOLENT Muslim convert angry at the launch of GB News has urged the channels viewers to contact Ofcom over a fact-checked story highlighting allegations surrounding the origins of COVID-19.

For those who don’t know, COVID-19 is alleged to have escaped from a laboratory in Wuhan, China – as claimed by former US President Donald J Trump and as reported by Politicalite and others last year, before we were branded ‘fake news’ by the likes of the now-defunct Stop Funding Fake News – now the story is becoming more mainstream with even CNN reporting on the claims – yet the likes of the BBC, ITV and Sky have failed to investigate the claims but GB News did so on its first night. 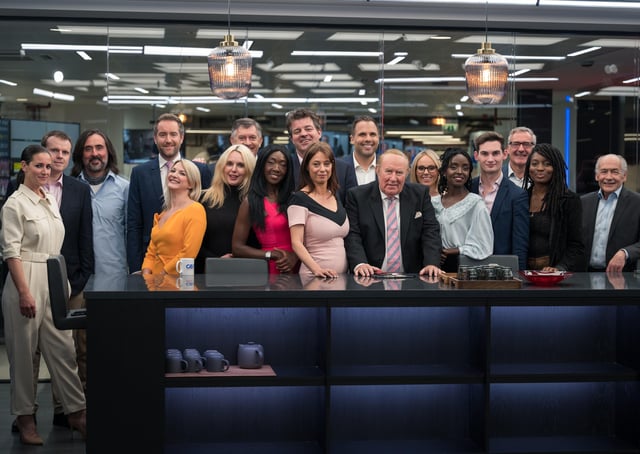 GBN’s new show Tonight Live with Dan Wooton sent shockwaves across the pro-China leftie Media world by daring to discuss some of the biggest issues facing Britain and the Western world.

One of those issues is China’s mishandling of the COVID-19 crisis, which caused the global pandemic and forced a Chinese-esque tech surveillance state on the West, yet the Socialist cancel culture mob who have already attempted to get GB News shut down with an attack on its advertisers are now calling upon GB’s Army of viewers to complain to Ofcom, over a legitimate news story.

Woke leftie Byline Times journalist Alex Tiffin – a white British male who converted to Islam and sparked a terror scare in 2017 after claiming responsibility for the London Bridge Attack – accused GB News of pushing conspiracy theories despite zero evidence of such an offence.

Mr Tiffin tweeted: “Here is @Ofcom’s complaint form if anyone needs it to report Dan Wootton pushing COVID-19 conspiracy theories on GB News completely unchallenged and without any attempt at balance. We don’t need a Fox News,” and shared a link to Ofcom. 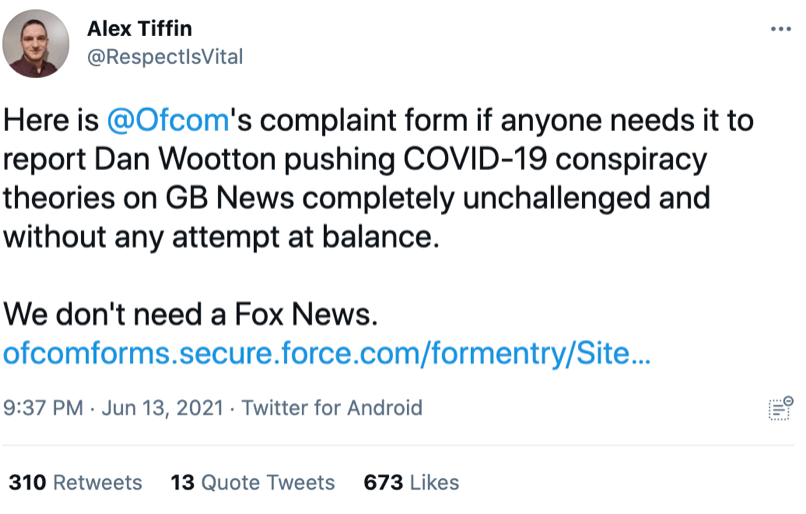 Despite the attacks from the left – Dan Wooton was praised by GB News’ viewers for highlighting a major story ignored by the mainstream media.

Tiffin – who is leading the campaign to cancel GB News also admitted to assaulting a pregnant woman in 2019 after his victim gave evidence in court.

Tiffin pushed the pregnant woman onto a bed and covered her mouth with one hand and held her neck with another.

He also pulled her off a couch, which caused her to fall to the floor in June 2017.

The Muslim convert leading the anti-GB News campaign also found himself in court in court in 2017 after sending messages to a member of his mosque in the wake of the London Bridge attack claiming he “killed” non-beleivers.

Prosecutor Roderick Urquhart told a Scots court: “The first of these messages indicated that he was drunk, but the third said, ‘I decided to kill the unbelievables’, followed by a text stating ‘Unbelievers’ and another saying, ‘Allahu Akbar’.”

Tiffin was cleared after a police investigation established no links to terror groups. “The conclusion has been that he was an idiot, not a terrorist,” a Judge said.

In this article:featured, GB News, ISLAM 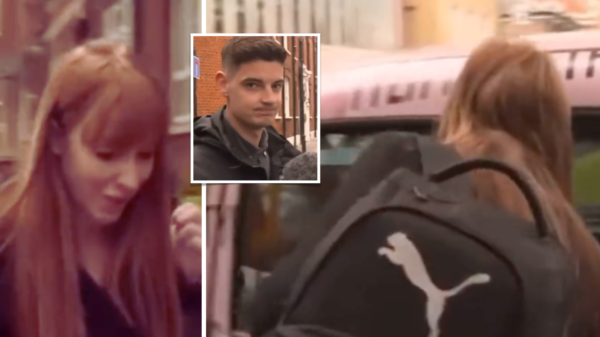