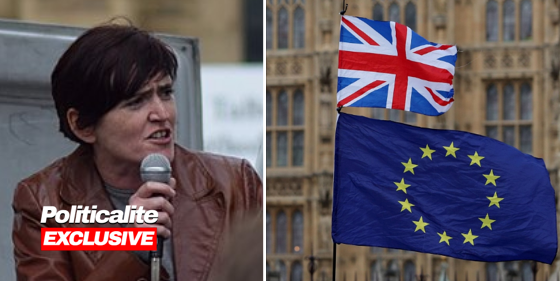 “WE must take back control” is the mantra. It has been the rallying cry of the Brexit campaign from its inception and is repeated and repeated, including by Nigel Farage and other staunch Brexiteers.  I agree. We must take back control, but there’s something missing, a question that isn’t often asked; exactly what will we do with that control when we have it?

It’s pretty much accepted that many people voted to leave the European Union because they wanted the UK to take back control of immigration.  Free movement of people within the EU has meant that any EU citizen can settle in any EU country. This was generally accepted until the Union extended towards the far poorer states of Eastern Europe, and huge levels of immigration to the Western nations then followed.  This created a strain on the jobs market and the obvious fallout from this. It is certainly true, controlled immigration is key.

But here is the question: what about non-EU immigration?  The immigration issue has been clouded by Brexit for so long that mass migration from outside the EU has almost been ignored.  There are a couple of reasons for this. The first is that many ardent Brexiteers tend to focus on Brexit only, and don’t campaign on other issues.  The other reason is that it was, and still is, far easier for politicians, particularly those who want a place in the limelight, to complain about EU immigration for the rather crass reason that European immigrants are overwhelmingly white – it’s ok to single out white immigrants because you’ve a better chance of keeping your “I’m not racist” credibility intact.  Complain about Pakistani immigration for example, and you’ll immediately become a target of the press and mainstream politicians as “far-right”. This tells me something worrying; the Brexiteers who are silent on non-EU immigration are less concerned about mass migration per se, than about the EU. In other words, the immigration issue was brought to the fore not for the benefit of the British people, but only as a reason to leave the EU.

Taking back control is essential but we must ask what the current crop of politicians are likely to do with that control.  We only need to look at the record for an educated guess. We should obviously look also at the current immigration proposals of both major parties and recognize that they mean continued high levels of immigration, whether we are in the EU or not.  “Take back control” is therefore a mere slogan, because for generations the British government has had control of non-EU immigration, and this has been sky high (far higher than EU immigration) year on year on year. Furthermore, non-EU immigration is the kind we most need to worry about, because non-EU immigration has brought Islamic terrorism, sharia, religious and tribal violence, gang warfare, rape, and an array of despicable cultural and religious practices that fly in the face of our culture and laws.  None of this involved the EU, the British government allowed this migration, they had control, and they chose to bring millions to Britain, and countless social problems along with them.

Going forward, nothing will change, EU or not.  I know this because I’ve looked at both Labour’s and Tory’s policy on immigration, and they’re both committed to continuing mass immigration from all over the world.

While all of the country’s political and media class is focused on Brexit, the Tories have taken the opportunity to quietly sneak their post-Brexit immigration policy past the public, with very little comment or discussion.  What is the Tory immigration policy? Partly, it will remove the cap on skilled workers and change the definition of ‘skilled’ so that it can potentially include millions more people. Is this what control of immigration looks like?

Labour are obviously no better.  This party wants to remove the inconveniences of the Immigration Act of 2014.  This act obliged landlords not to rent houses to illegal immigrants, or allow them to have bank accounts or driving licenses.  It also obliged the investigation of sham marriages. It did very little, but Labour will get rid of even these small measures.  It will also end the detention of illegal migrants.

On top of all of this, there is illegal immigration to deal with.  The Tories have done nothing about it, Labour would do nothing about (except perhaps make it easier).  This is what “taking back control” means, and will mean for as long as we allow the House of Commons to be dominated by two pro mass migration parties.

The ‘take back control of immigration’ argument from mainstream politics is merely a marketing ploy.  Having control only matters if we use that control in the best interests of Britain, something neither of the two dominant parties in the Commons have any intention of doing.  For Britain has real and effective policies on immigration that will lower the numbers significantly and will ensure that those who do move to the UK do so on the understanding that they will adapt to Britain and its culture, not the other way around.  We need change, we need massive migration reform, and only For Britain will deliver it.

Anne Marie Waters is the leader of the For Britain political party.