ANTI-Lockdown protesters hit the capital on Saturday to voice their discontent with the Tory Government’s current COVID-19 restrictions. Politicalite’s on-the-ground reporting gives you all the uncensored details.

Thousands of fed up Brits took to the streets to demand an end to the lockdown, from all walks of life and political backgrounds.

The protest through the streets of London was organised by the civil liberties campaign group ‘Save Our Rights UK’ and started in Hyde Park’s Speakers Corner.

The march spanned most of London’s major landmarks, including Buckingham Palace, Parliament, Scotland Yard, Whitehall Gardens, Oxford Circus and Oxford Street to name a few, including Trafalgar Square that saw violent clashes with Met Police in September, due to alleged police aggression. 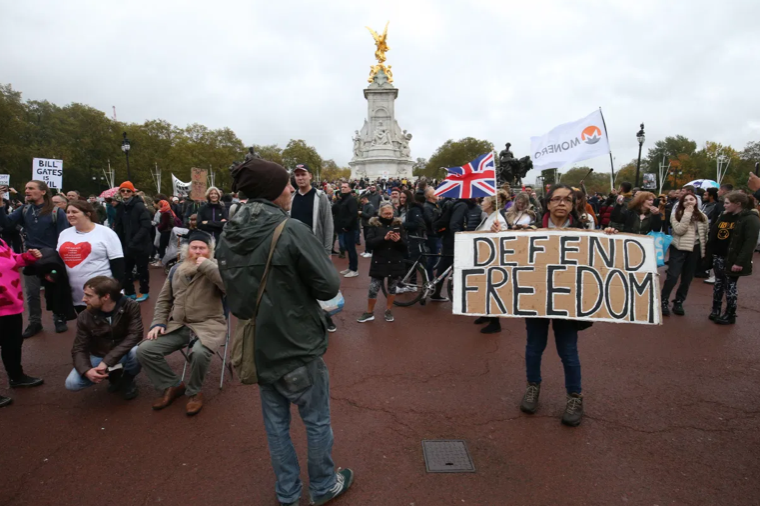 Despite similar organisations involved, the speakers from the last rally – of which included Piers Corbyn and David Icke – weren’t present at the event; as it was a more direct march, with the Metropolitan Police headquarters as the main destination.

Many slogans and banners were displayed, all of which condemned the lockdown. Some heavily criticised billionaire Microsoft founder Bill Gates for his pro-lockdown and pro-vaccine views.

Other pop culture icons soon popped up, most notably the popular V For Vendetta iteration of Guy Fawkes, made a staple of both the annual Million Mask protests, and minor ones too. Some noted the lack of other important diseases being treated, such as cancer and heart disease. Other anti-government symbols and messages were also displayed, like ‘London fights’ and ‘Repeal the Coronavirus Act 2020 Now!’. Anti-5G and anti-mask messaging – a common feature at anti-lockdown rallies – was prominent. Many songs were sang in this vain too, including lyrics such as ‘we are the 99%’ and shoving either the ‘new world order’ and the ‘coronavirus’ up the elite’s backside. 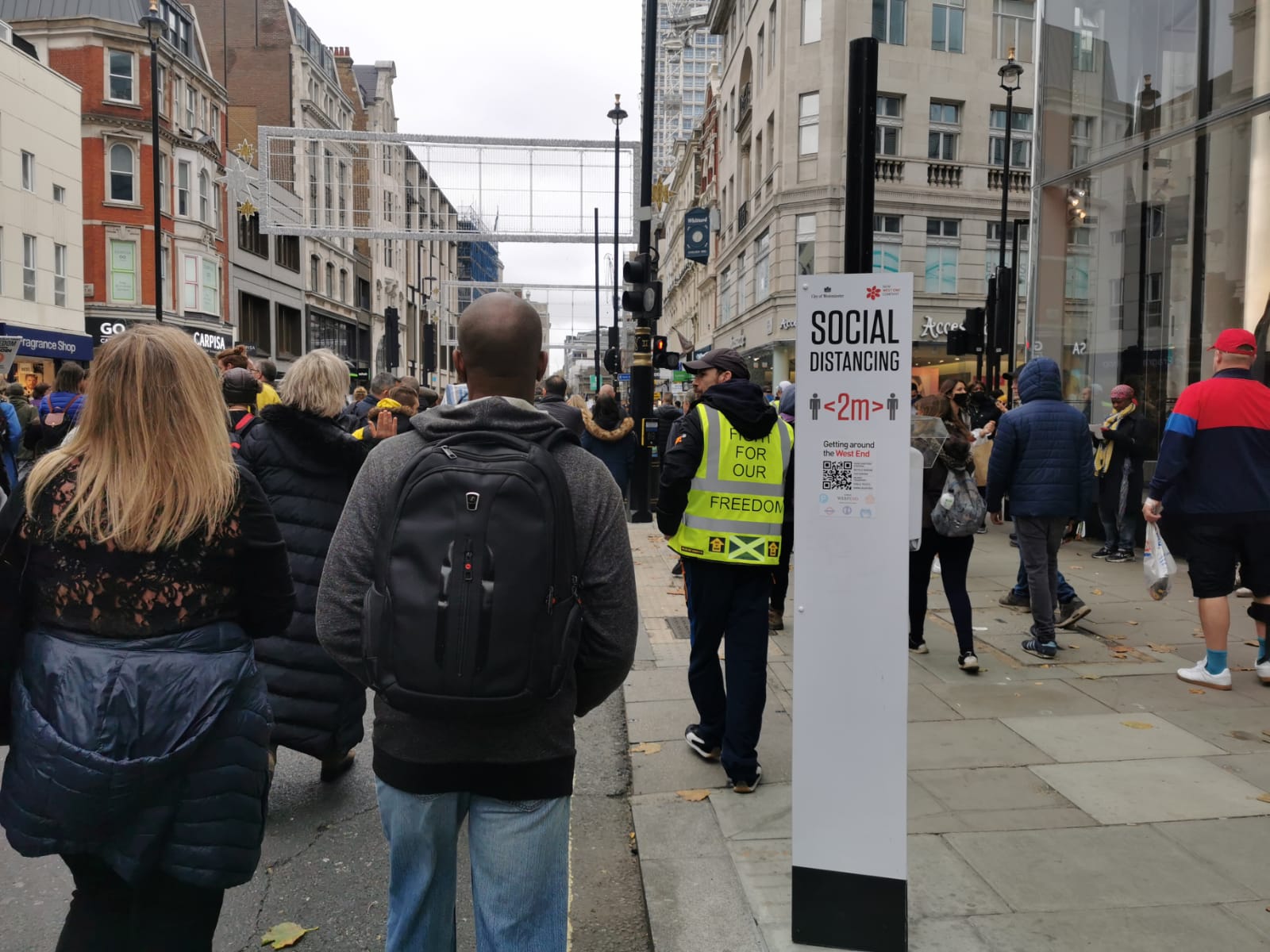 Many people of different political stripes attended. Some were open left-wingers, including some people who wore Extinction Rebellion iconography and gave impromptu speeches on occasion. Others were very much right-wing, with many wearing pro-Donald Trump Make America Great Again hats, just as the next Presidential election draws near. These people were united under a common cause to protest the coronavirus shutdowns, described by critics as excessive and damaging to both civil liberties and the economies of the host nations they’re imposed on by their governments.

Police conduct was more restrained than last time, but there were still some issues abound. Some protesters were critical at some of the more violent arrests, as well as some of the police officers allegedly shoving ‘peaceful protestors’ out of the way as they cleared up Trafalgar Square protesters as many failed to follow social distancing guidelines.

Eventually, once the crowds were dispersed, some went to smaller protests, most of which continued the initial anti-lockdown message. Others concerned different topics, most notably the current controversy surrounding alleged police brutality in Nigeria, of which has dominated anti-SARS protests – SARS referring to the country’s polarising undercover unit Special Anti-Robbery Squad, founded in 1992 and accused of police brutality – across the globe and in more recently in Britain. Overall, 10 people were arrested at the event.