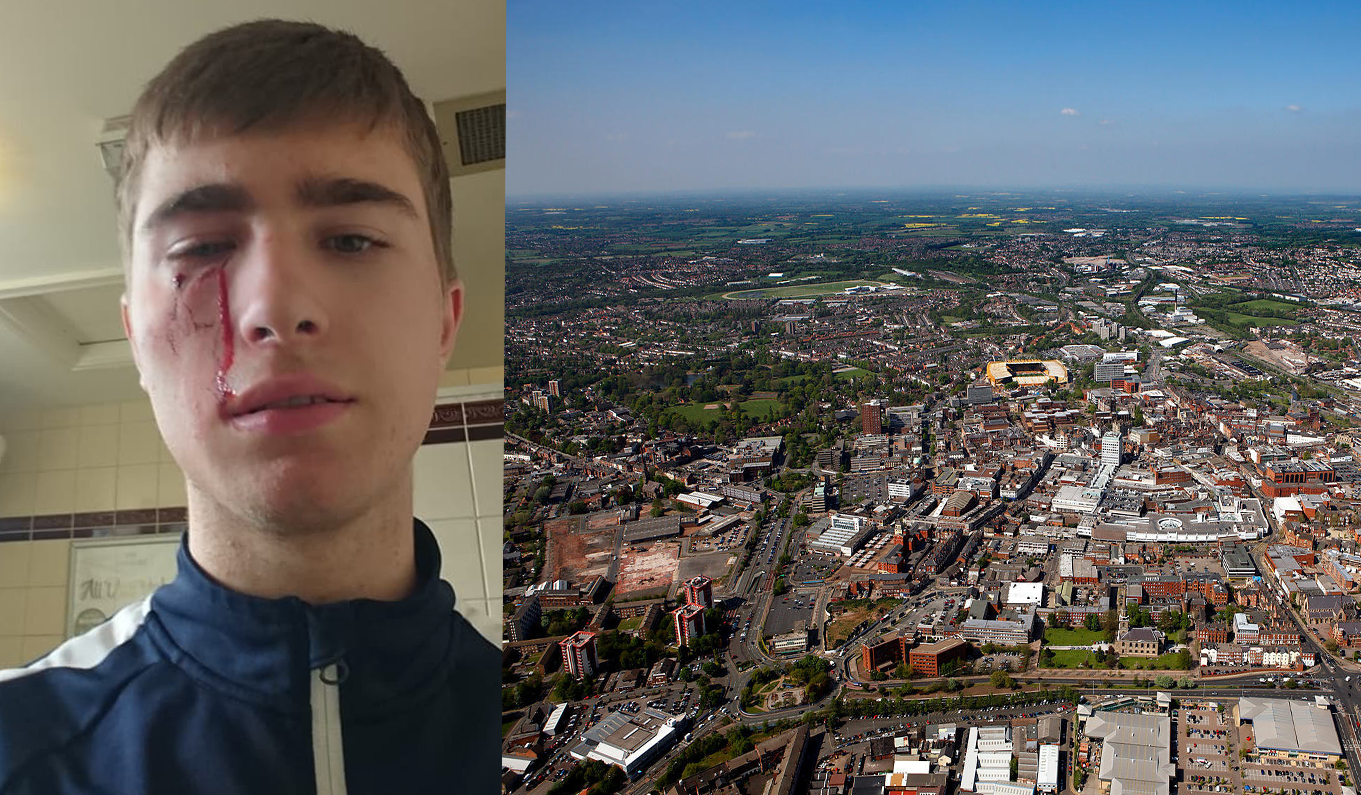 A GROUP of young white and black British lads were attacked by a Muslim ‘Blasphemy’ gang in an apparent hate crime in the Midlands.

Eighteen-year-old Cameron Raven was hit with a metal bar after being chased through the streets of Wolverhampton by a Muslim gang who were armed with machetes, long knives and metal poles after he posted an ‘offensive meme’ on his Facebook story. 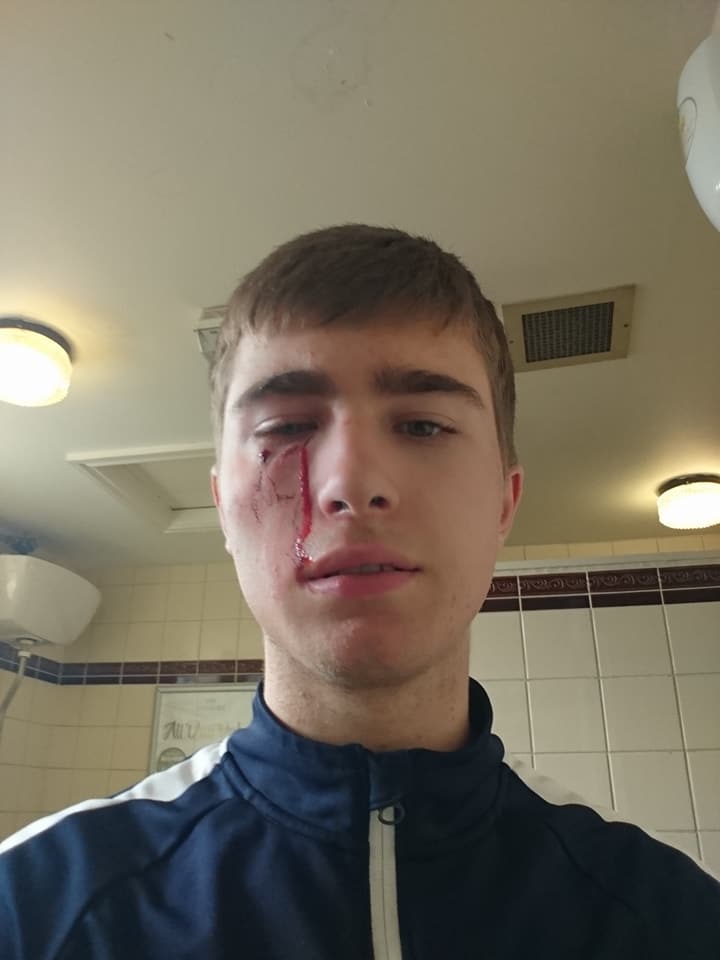 Cameron exclusively told Politicalite: “I was hit with a metal bar and it split my head open.”

“Some of the men some carried machetes and long knives. It was Muslim youths and some older men like 30 years old.” 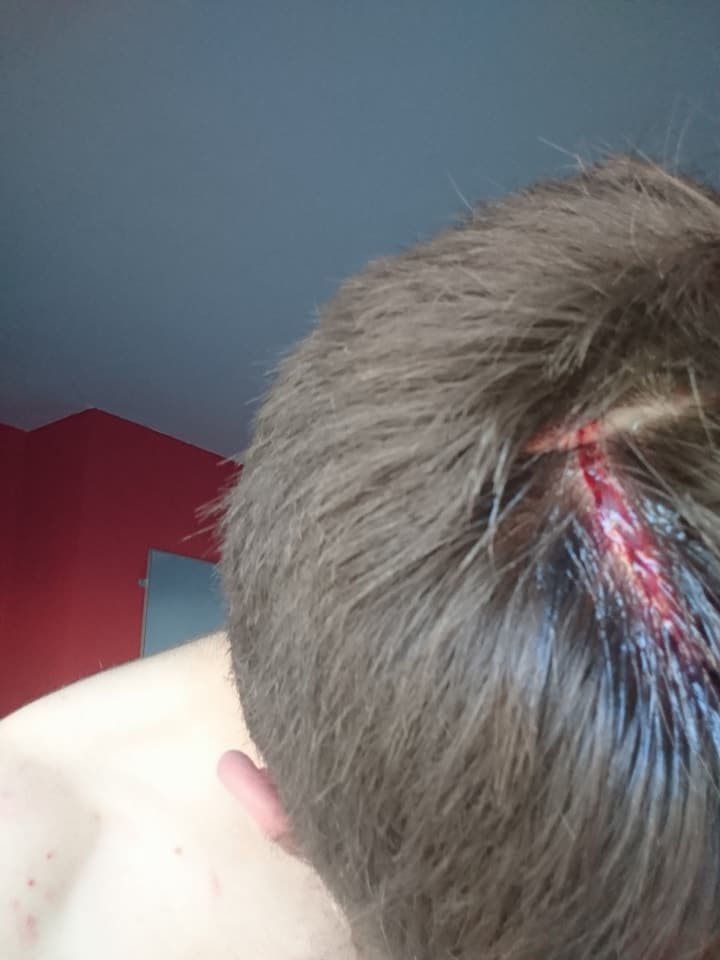 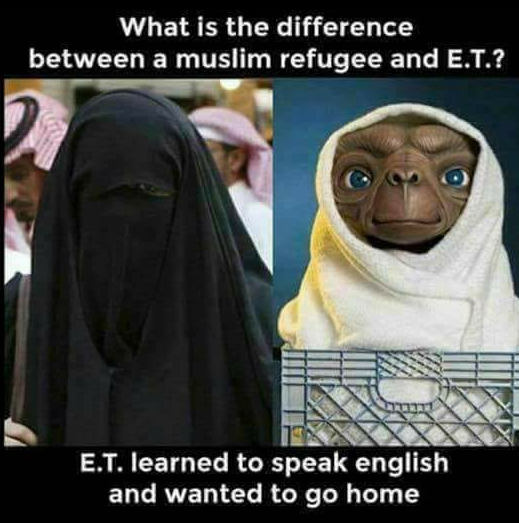 The young lad also runs a Facebook page speaking out against the Islamification of the UK.

He says he tries to “Raise awareness about Islamic Hate Preachers” and claimed that the area were he lives has a serious problem adding “They are thousands strong in this area.” 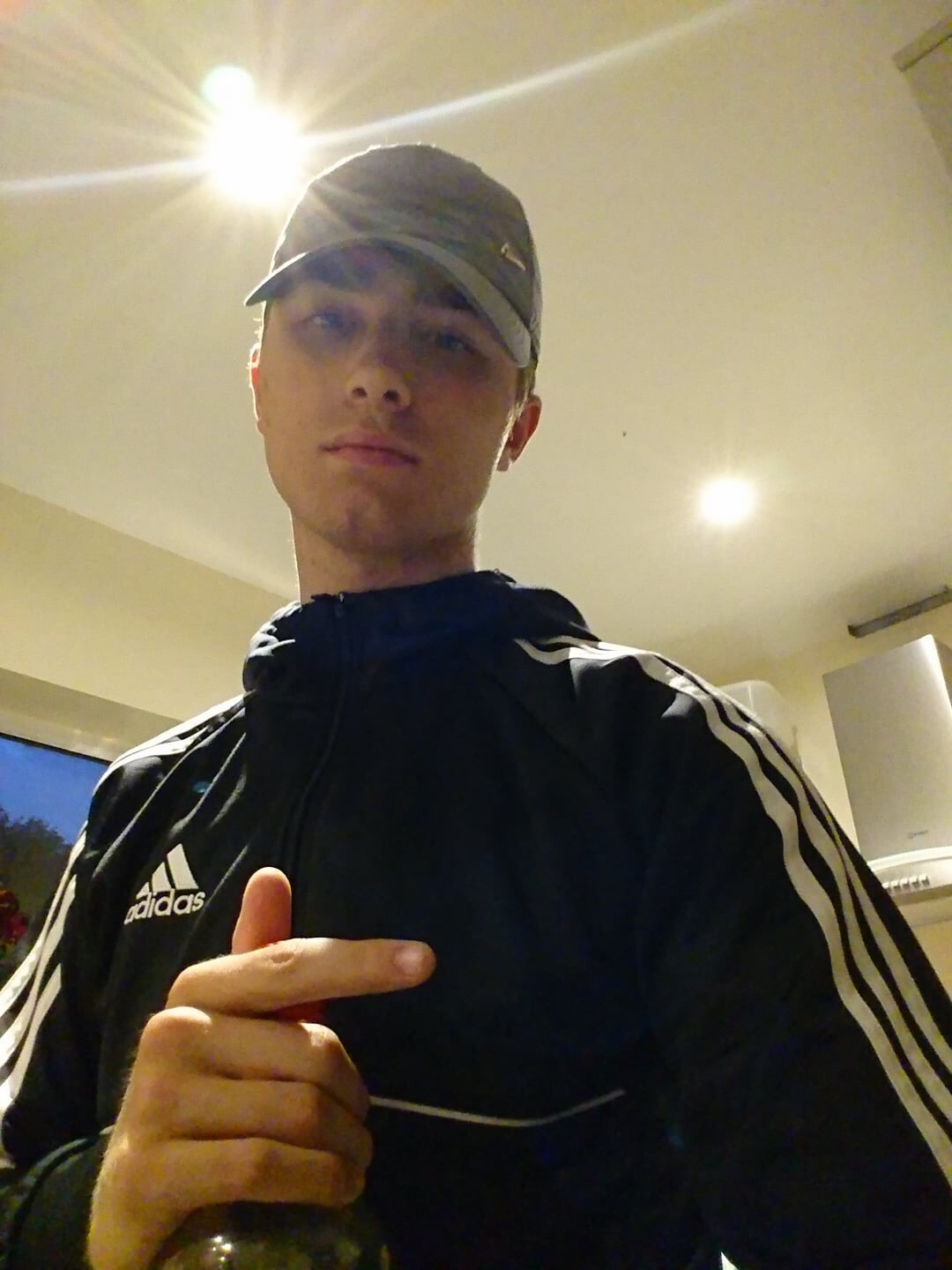 Aged 14, Cameron tried to stop Muslim youths who were “pissing on a war memorial.”

The young patriot revealed the group of Muslim lads “Pulled out a knife on me when I was on a PE run at school along the canal, ive got the scars on my shoulder to prove it.”

Cameron said that he thinks this is part of a “Political war” and added attacks like this are because Muslims are trying to do what he is trying to stop. “They’re trying to scare us, and they want open borders. They defend the names of paedophiles and jihadists and refuse to give in or be wrong.”