CBB RACE ROW: I'm friends with Rodrigo, but he should be BOOTED out of the house for using the 'N' Word
Advertisement 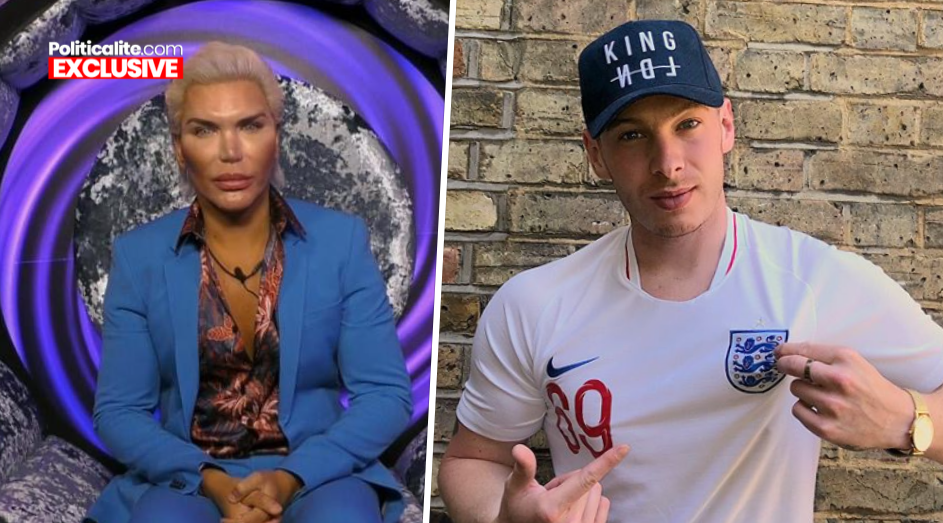 I’VE known Rodrigo for a little while now and partied with him at Henley Regatta, but in my own honest opinion, he should be removed from the Big Brother house.

Using the “N-word” in the way he did should never be allowed on national tv! the Big Brother producers should not be dishing out warnings for behaviour like that.

He asked Dan Osbourne: “Are you married? The girls want to know, not me, you’re not my type anyway. No for God’s sake.”

The following day, Rodrigo was issued a formal warning by Big Brother explaining how he would be removed from the Celebrity Big Brother house if he repeated his actions.

Big Brother said: “ before you entered the Big Brother house, the rules regarding unacceptable language and behaviour were explained to you.

“This morning at 2.40am in the bedroom, in a conversation with Dan, Gabby, Chloe and Natalie, you used the N-word twice.

“Rodrigo, this word is highly offensive, and very likely to cause offence to both your housemates and the viewing public.”

I’ve seen Celebs kicked out the house for being sexist or using other offensive words, but when it comes to the N-word, Big Brother is happy to dish out a warning.

It’s wrong and shouldn’t be tolerated especially when kids are watching the show, even CBB viewers where outraged.

Big Brother producers should be to blame for allowing the footage of the Ken Doll saying such things, but least be honest they gotta get some sort of drama on air seeing as Love Island and other reality shows have taken over the views from CBB.

I thought Rodrigo was a decent geezer but after seeing his actions last night I can’t be friends with someone like that, even the sexual behaviour towards Ben was a bit cringe to watch and shouldn’t be allowed, if that was a guy doing that to a woman the guy would be kicked out of the house for  inappropriate behaviour.

I’m behind the black community with this one and hopefully, something can be done about this as no one should be using the N-word In that type of context.