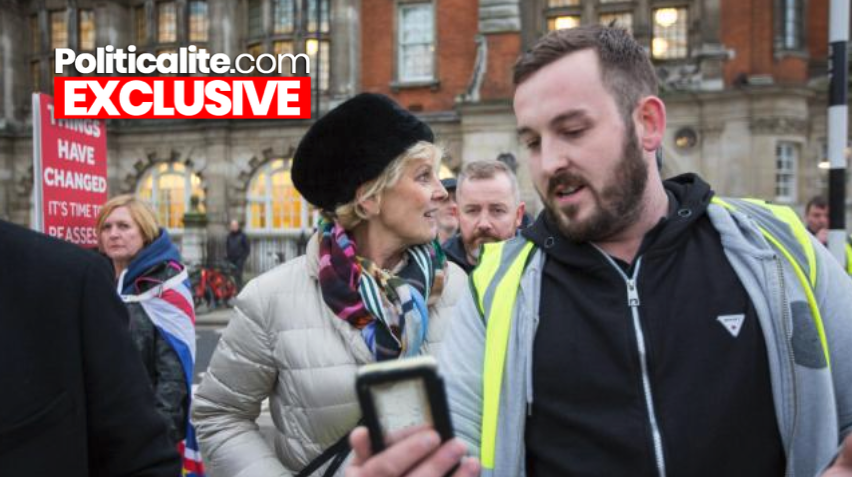 DAVID Lammy has caused outrage again this weekend after he appeared on the Andrew Marr show and compared the ERG, Boris Johnson and Jacob Rees Mogg to the Nazis.

In the show aired on the BBC on Sunday, Lammy said some pretty outlandish things.

He claimed that outlets such as the BBC shouldn’t allow the extreme hard right fascism to flourish. Now this comment must be one of the most stupidest he’s ever made, give the fact the BBC and their attack dogs regularly smear right-leaning groups, what’s more concerning to me is Mr Lammy calling for a public broadcaster that’s supposed to be apolitical, to silence a whole section of society because he doesn’t agree with their opinions.

However we all know the BBC do this anyway, so I really don’t know why he said it.

He then references the AFD from Germany saying “I don’t care how they were elected, so were the Nazis.

Now this is a very hypocritical thing to say, specifically because the AFD has a Jewish lobby, not only does he insult the lobby, he also insults a legitimate political organisation, that was elected to represent the democratic will of the German people, who quite rightly have legitimate concerns with the way their country is being run.

Mr Lammy wasn’t finished there. He then went on to smear the ERG, Boris and Mr Rees Mogg as Nazis, now this isn’t the first time this has happened. Back at the Peoples Vote March on the 24th of last month, he again compared the ERG to Nazis.

So now we have two instances of him using the same terminology that I used when I approached Anna Soubry MP.

Has Mr Lammy been arrested? No, of course, he hasn’t and he won’t be. As we live in a country where there’s a two-tier justice system.

A) Shouted & chanted at her while she was being interviewed by broadcasters
B) Pursued her along the street, loudly and repeatedly demanding that she answer questions
C) Filmed her continuously on a mobile phone
D) Caller her a “Nazi”, “Traitor” and Scum
E) Used other rude & insulting language towards her
CONTRARY TO SECTION 2(1) AND (2) OF THE PROTECTION FROM HARASSMENT ACT 1997 H.O.195/94 Local None CJS PH97004

I was also arrested for Racially aggravated harassment for stating the truth that a Lithuanian Police Officer wasn’t British, which I might add he isn’t.

The final charge was the use of threatening or abusive words. Which was a reaction to be punched in the throat and pushed over by Met Police Officers.

If we really did live in a country that was fair and just Mr Lammy would be arrested and given the same draconian bail conditions that have been placed on me by the Metropolitan Police Force, which are the following

1) Not to enter the geographical vicinity of the M25
2) To live and sleep at my bail address
3) Not to enter Soubry’s constituency or workplace or press events
4) To sign on at a Police station twice a week
5) Within 24 hours of me arriving in Leicester, I was told to leave by the Police.

All of those conditions for using the same rhetoric as Lammy.