MAY'S BRITAIN: NHS Cuts have left a Mum and her 14-year-old Disabled Son with THOUSANDS of pounds worth of medical bills each month
Advertisement 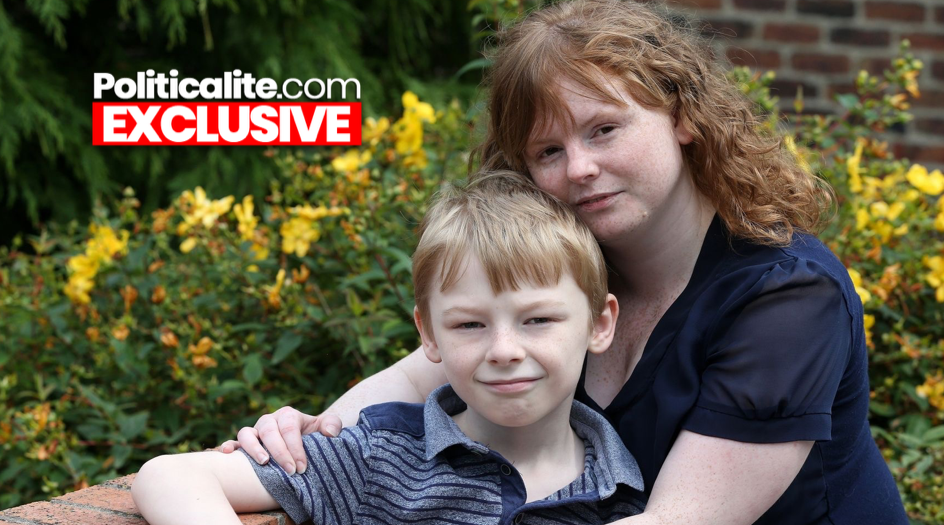 BEN has cerebral palsy but his treatment is no longer funded by the NHS due to Tory NHS cuts leaving his parents with private medical bills of around £2,000 each month.

He has shared his story nationally and even wrote to former Prime Minister David Cameron in 2016 to have the funding reinstated, to no avail.

Ben’s brave Mum, Amy reached out to Politicalite to ask us to spread his message and to help raise funds for his treatment that isn’t funded on the NHS, this is his story.

The doctor’s said that Ben would never ever be able to walk & would be wheelchair-bound for his entire life.”

Ben is now 14 and not only can he walk, he has recently taken up the sport of boxing.

At primary school age, Ben was so badly affected by spasticity that he had to wear a metal body brace & plastic leg splints just to hold his body up, be able to stand up, ‘shuffle’ forward & sit down.

Ben relied hugely on a wheelchair because his legs & feet were very badly twisted inwards in a permanent scissor position.

At 8 year’s old Ben’s condition was rapidly declining so terribly that he needed SDR spinal surgery to permanently remove the spasticity & essentially “free his body”.

His Mum said that the surgery “would also give Ben a chance to learn to walk.”

Ben was accepted for the surgery & SDR program on the NHS & went through two years of pre-op tests and treatment in preparation for his surgery fully funded on the NHS.

Just five days before his surgery date the fund’s were cut to all CP patients & Ben’s surgery was cancelled.

Amy says that they were then sent a £11,440 bill to pay the NHS if Ben’s surgery was to go ahead.

Ben went into the hospital in his wheelchair, a very poorly disabled little boy who was wearing plastic leg splints & his metal body brace.

“Literally a matter of hours after major spinal surgery he was asking to get up, saying he felt “great” “groggy but great” he said his legs “feel freed” & “i can move my body” said Amy.

“Ben got up under the watchful eye of the NHS surgeon & walked independently.”

Amy says that with the spasticity permanently removed through SDR spinal surgery Ben was finally released from the body he had been trapped in since birth.

The day after his surgery Ben began the complex rehabilitation treatment on the NHS ward with an NHS physio.

His crucial rehab programme was drawn up & it was explained that if Ben was to stand any chance of becoming strong enough to learn to walk, be independent & live a pain-free life that he must receive the rehab treatment up until he stops growing.

Ben had only been home from the hospital a few days when the NHS then said that that due to further funding cuts Ben’s crucial treatment for his rehab that would see him walk & live pain-free was not now funded on the NHS.

Without the treatment, Ben’s muscles can’t develop correctly as he grows which leave him in pain on a daily basis.

Ben is now four year’s post-op & is continuing with his life-changing rehab treatment as often as we can afford it. Unfortunately due to lack of funds, Ben isn’t getting the correct level of physio that he should be & this makes everything extremely difficult for him as he suffers from pain when we can’t afford treatment.

Ben needs the treatment to continue up until he stops growing to remain an independent walker & have a pain free life.

Amy says that the SDR spinal surgery & follow on rehab treatment works & is nothing short of a MIRACLE for us.