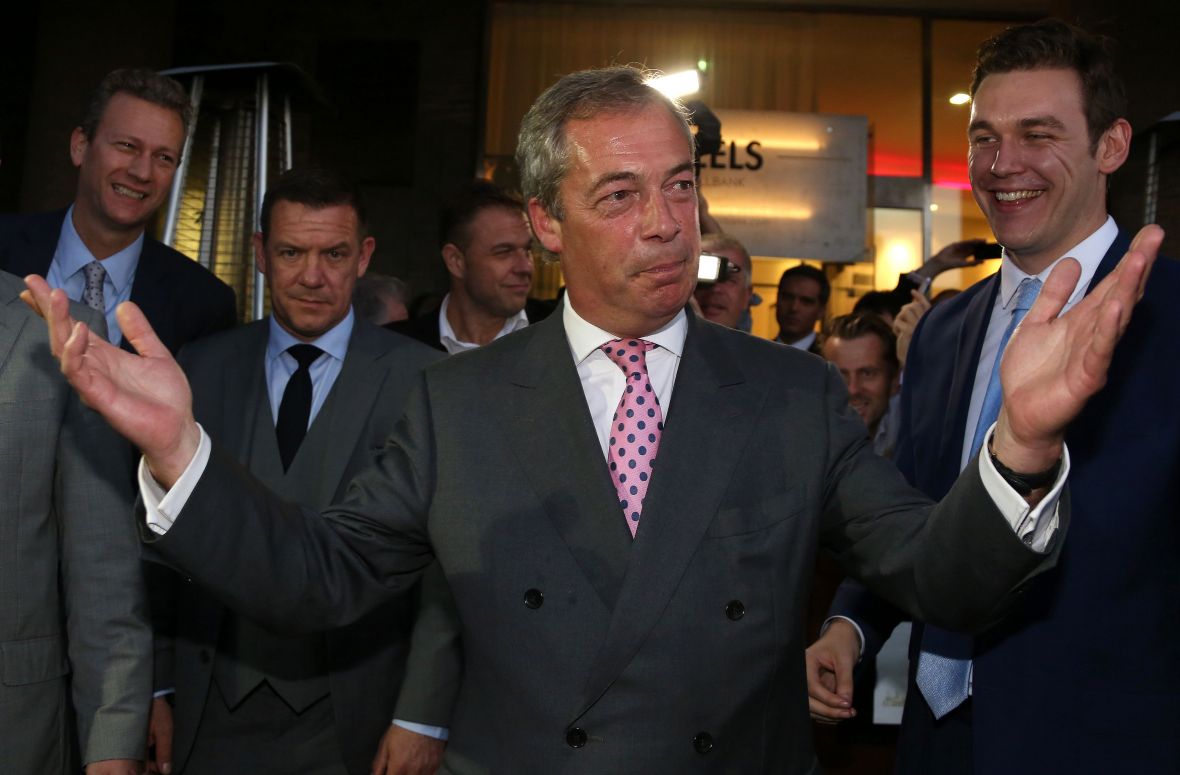 Raheem Kassam is the former editor-in-chief of Breitbart London and former chief advisor to Nigel Farage.

I wanted to get something to your attention as soon as possible, given the new conspiracy theory surrounding Brexit and hedge fund polling.

1. WE KNEW THIS ALREADY

Actually, we knew it BEFORE the referendum. Look at this piece from the Financial Times entitled: “Hedge funds and banks commission Brexit exit polls”.

Similar articles appeared in Forbes, the Wall Street Journal, Business Insider, the Daily Mail, the Independent, Quartz, and the Economist. 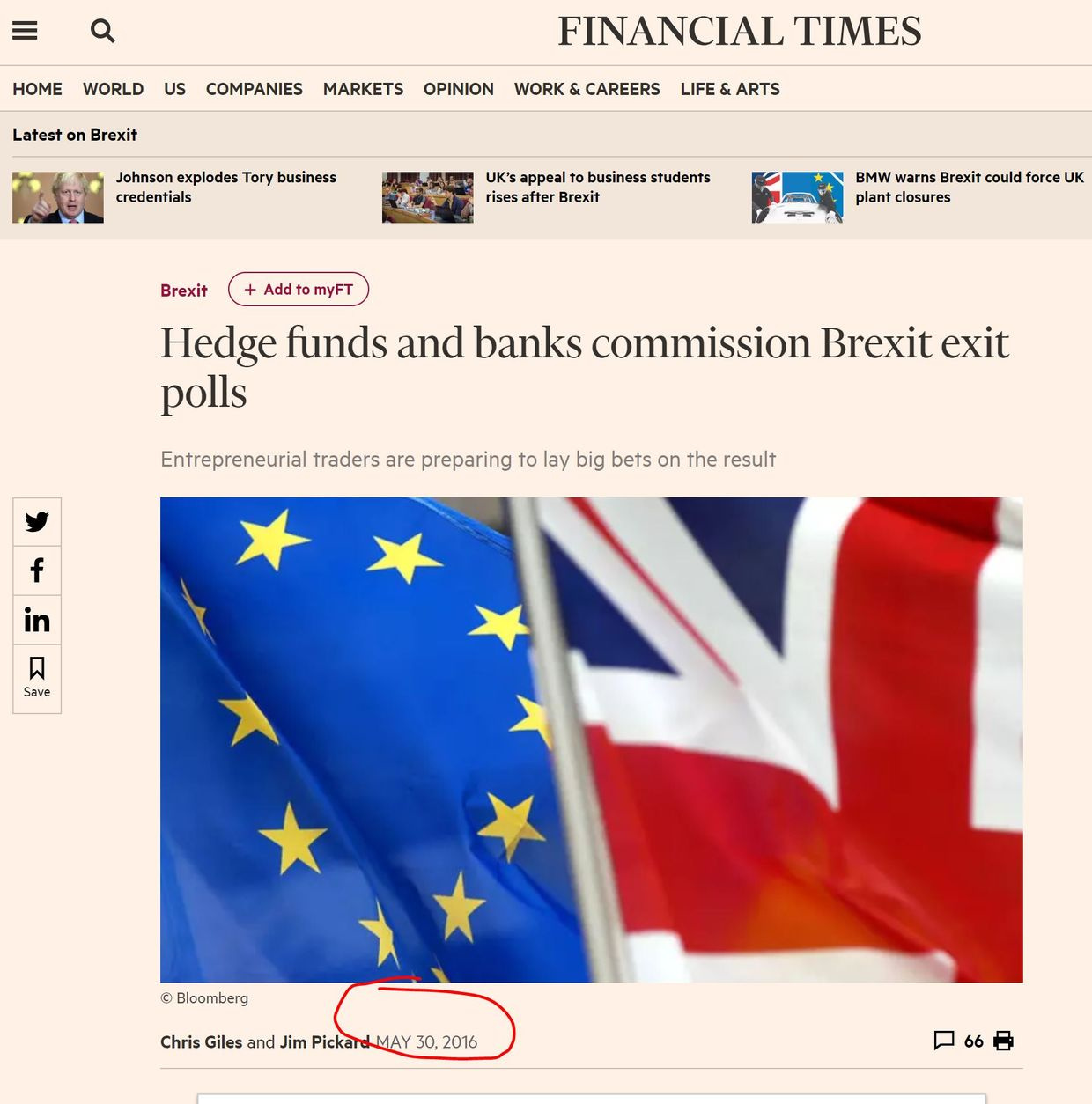 So what’s all the fuss about?

Precisely nothing, that’s what.

The hysteria, as portrayed in this Bloomberg article, is just another attempt to undermine the Brexit result by the political establishment. They think people are stupid enough to think this is “news”.

No. How do I know? I was one of just 12 people in the room in a house in Pimlico where we stationed ourselves for the night.

At 10pm, we all took a drink, gulped hard, and braced ourselves for the results. We were ready to head to the Leave.EU party at Millbank in a couple of hours, but until then, we were to wait in the kitchen with Dominos pizza and bottles of wine and beer.

It was at this point Farage went to the bathroom to shave. His phone, as you can imagine, ringing off the hook from journalists who were demanding statements, bored of having stood outside polling stations all day with nothing to report.

Farage told Sky News that he feared the Remain campaign may have nicked the win because the government had cheated in registering (and extending the registration deadline for) so many young voters in the final month of the campaign. I shared his fears, though some didn’t.

The truth is I had spent much of the day with Farage, and his pessimism was clear from about 10am. It’s entirely natural, when you think about it, after 25 years of campaigning for a single moment that you try not to get your hopes up. And that’s the extent of the story.

3. BUT DIDN’T FARAGE MOVE THE CURRENCY MARKETS WITH HIS ‘CONCESSION’?

Not really, no. And he certainly didn’t benefit financially, either (else he wouldn’t be doing so much on LBC, Fox News, and in the European Parliament to keep paying the bills).

Look at this chart… 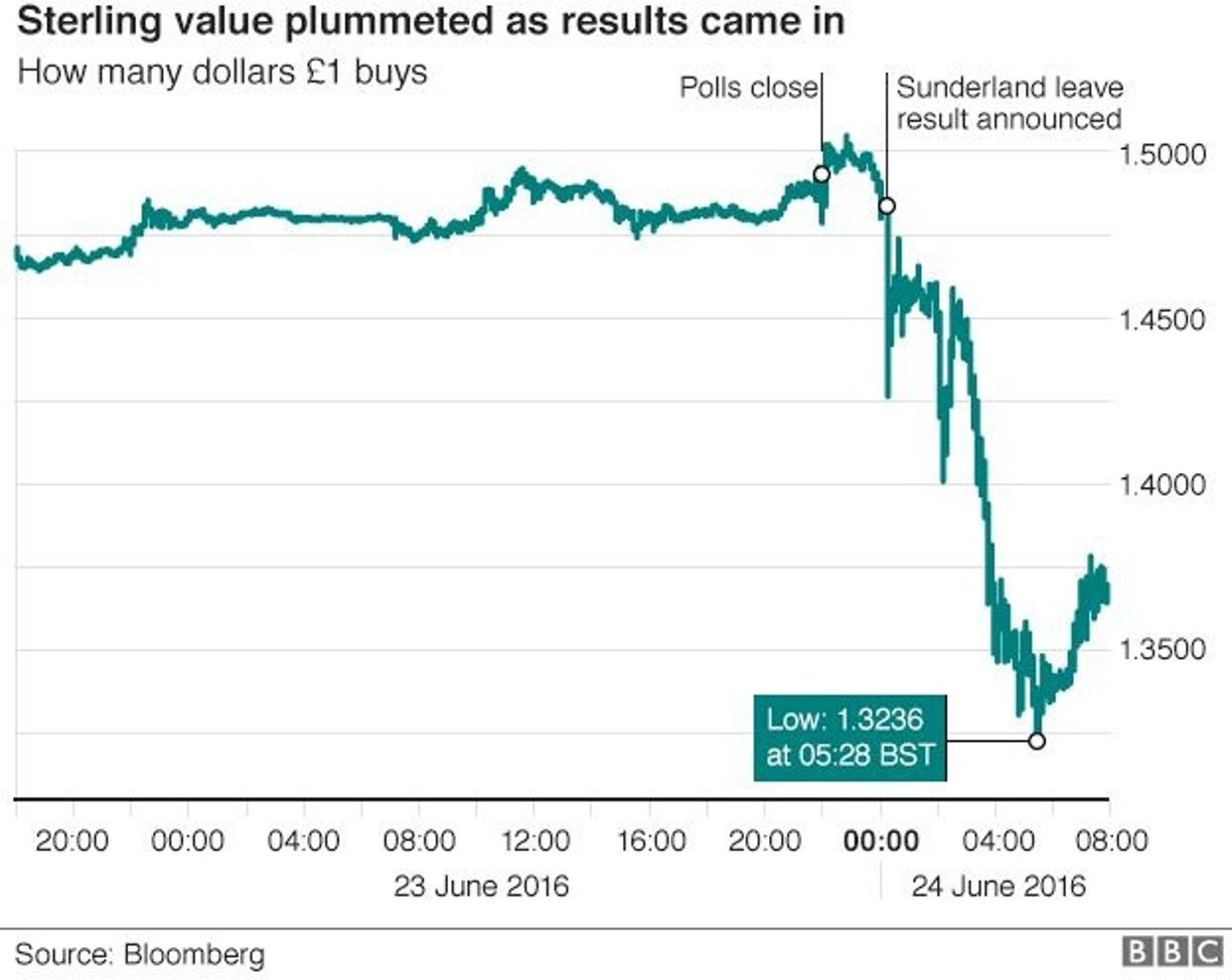 It clearly shows markets barely moved after polls closed at 10pm. The real shift came under the Sunderland result was announced around midnight.

So while the press and the conspiracy “journalists” go mad over this for the next few weeks, just remind them (and your friends who are gullible enough to panic over these stories) that:

1. The media already knew of the hedge fund polls in advance;
2. Farage didn’t know of these results;
3. He didn’t move the currency markets.

Oh and by the way, what kind of hedge fund — whose literal job it is to protect and make money for their clients — wouldn’t conduct due diligence including market research and polling surrounding one of the most impactful geopolitical events of a lifetime?

In fact, one would argue they would be in breach of their fiduciary duties had they not done this.