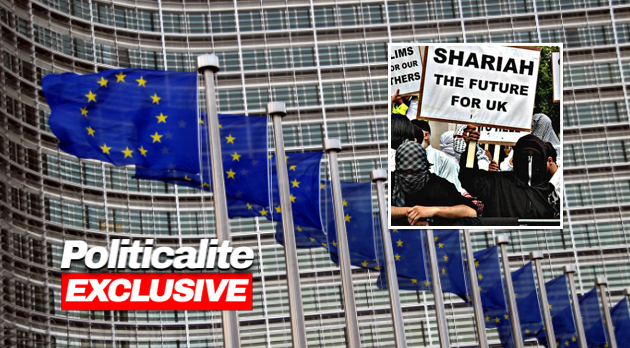 THE EUROPEAN Union has implemented ‘Sharia Law’ by the backdoor, it has been claimed.

A source told Politicalite: ‘This is the EU’s quango for [the] implementation of Sharia Law.”

“It’s a ‘complete’ joke but unfortunately, the joke is on the general European population.”

The agency has a ‘database’ that monitors anti-Muslim hatred.

It monitors hate crime, hate speech and discrimination against Muslims across the EU, but has been claimed to be a cover for Sharia Law.

An official website for the agency states: “Given the concern about incidents directed at Muslims, the database will assist Member States as they confront anti-Muslim hatred. It seeks to expand the knowledge base available to policymakers and practitioners so they can develop more effective responses.”