SNITCH-UP: How 'Comedy' Central Used Our HONEST Reporting To BAN Avi Yemini From The USA 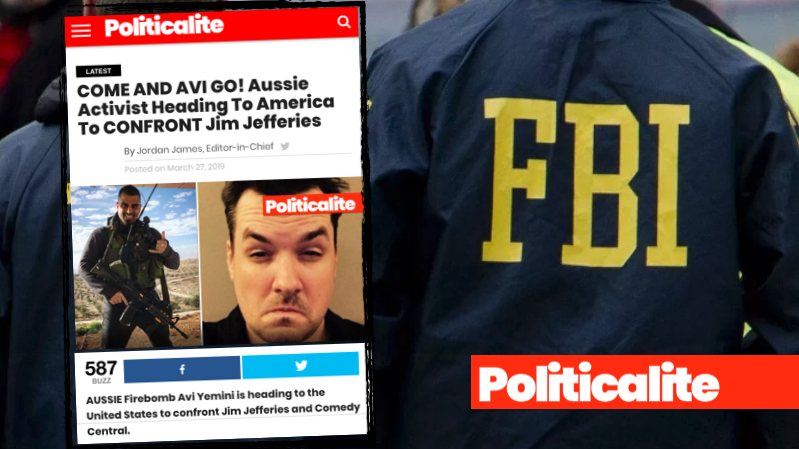 LEFTIE Cable Network ‘Comedy Central was reportedly responsible for getting Aussie activist Avi Yemini BARRED from the USA, and the network allegedly used one of our articles, to get him BANNED and interrogated by the FBI, it has been claimed.

Avi jokingly told me that “I was a naughty boy” after one of our articles was used by the FBI as a reason to DETAIN him, but added the FBI “thought it was funny.” 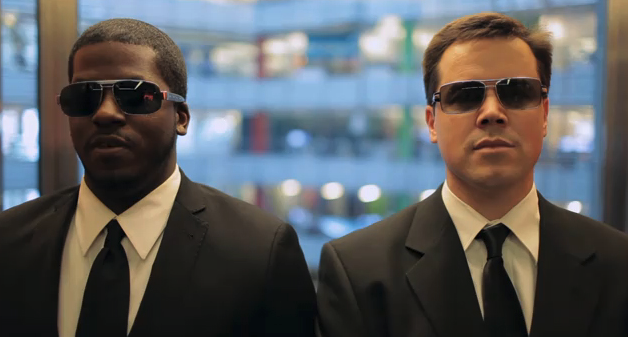 Over the weekend, Avi was detained and deported from the United States.

TR.NEWS reported that At 6:30am, Yemini and Sydney Watson were detained at LAX International Airport in Los Angeles California.

Border Protection agents and the FBI were waiting for Yemini and Watson after their passports had been scanned at customs.

Yemini was told details relating to his visa needed to be updated and Watson was told her dual Australian and American passports needed to be checked. 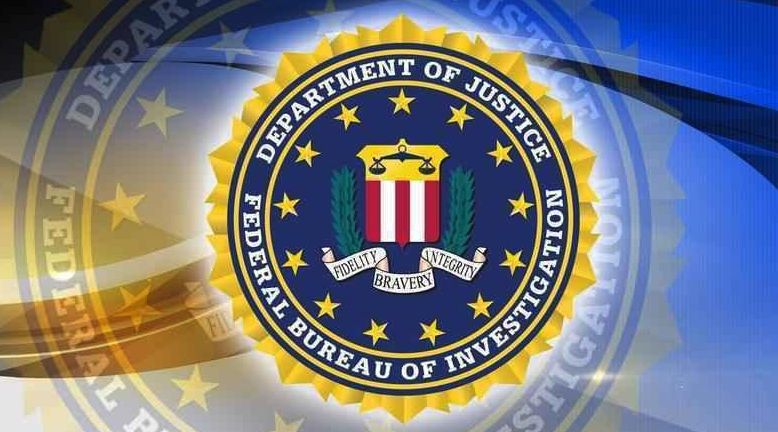 Yemini was taken to a room where two FBI agents were waiting to interrogate him and Watson was taken to an area where her bags were searched, she was questioned by border patrol agents and her passports were taken from her.

The FBI were investigating several complaints made by Comedy Central about Yemini and Watson’s plans in the United States. 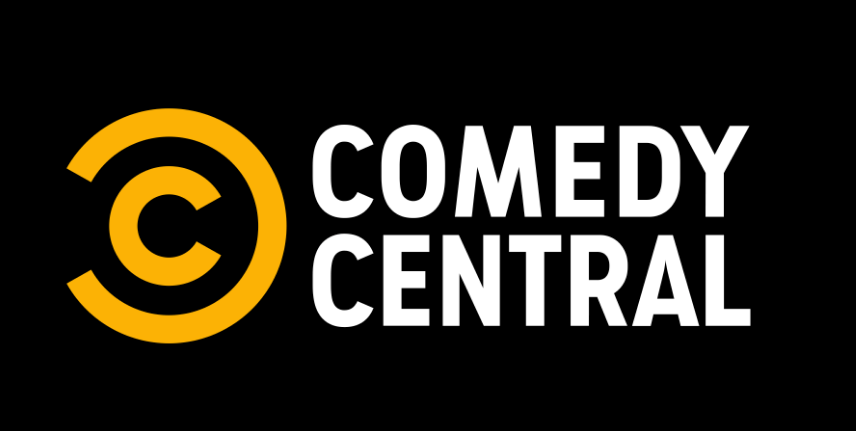 Border said that they’d looked up both Yemini and Watson’s journalism online, before they began a line of questioning with FBI agents about the pair’s plans to see Jim Jefferies, Comedy Central and if they were going to be inciting any violence towards them.

The FBI went through several of Yemini’s social media posts that were supplied to them by Comedy Central, citing they were threats of violence.

They used an image from an article that Politicalite used in an article about Yemini and Watson’s tour. The image showed Yemini as an Israeli Defence Force (IDF) soldier holding a firearm. 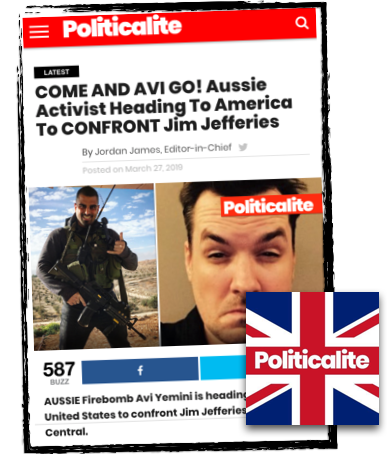 The FBI asked about Yemini’s training in the IDF and if he intended to acquire firearms or weapons when he saw Jim Jefferies.

Yemini stated the only weapon he needs is his microphone and camera. He said that neither he nor Watson has ever incited violence and does not intend to ever do so.

Watson stated that their sole intention was to report the news surrounding Comedy Central’s dishonesty and they have never once approached their journalism with violence. 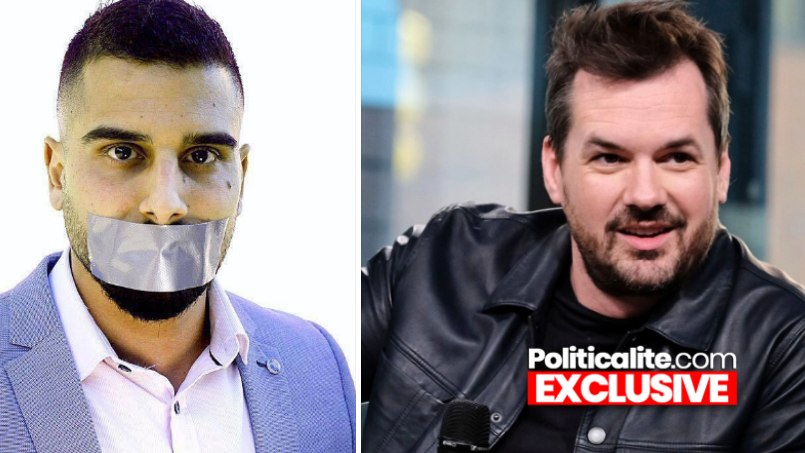 The FBI said they were grateful to Watson and Yemini for their cooperation. They stated that they don’t believe they pose a threat and understood why they wanted entry to the U.S.

Watson was released after two hours of detainment. She was told Yemini had to complete additional paperwork, then he would be released. She asked if she could stay until this happened. Watson was made to leave the area and was refused access to Yemini.

Subsequently, the pair missed their connecting flights. After several hours, Watson made numerous attempts to speak to Border Protection and the FBI about the situation.

They were uncooperative. They refused to give her any information about the situation and said if Yemini was deported she would not be notified.

After almost eight hours of detainment, Yemini was finally able to call Watson informing her he was being deported.

The FBI’s decision to let Yemini into the country was overturned by Border Protection due to a technical error on Yemini’s visa waiver made two years ago which rendered it “null and void”.

Despite Yemini using the same waiver to enter the United States only 6 months earlier, where he entered the country without incident.

Border Protection agents told Yemini to go home and apply for a new visa again in order to gain access to the United States again.

After a total of over 15 hours detained Yemini was escorted by two armed police officers to his plane home where his passport was handed to Qantas staff. They were instructed not to give it back to him until he was on Australian soil.

During his time in custody he was in a small room with illegal immigrants and offered no food besides a sandwich he purchased himself.

“I believe in border security. If what Border Protection says is right, then I will reapply for my visa this week. But it will be a test to see if this is truly about a minor technical error,” he says. “If it is, then I have no problem. But if I am denied my visa, then it is obvious that Comedy Central wield more power than they are letting on”.

What cannot be argued is that Comedy Central had both Yemini and Watson detained, and had a major hand in Yemini’s deportation from the United States.

“This was one of the most stressful and emotionally taxing situations I’ve ever experienced. Being treated like a criminal was unwarranted. In addition, I never expected as an American citizen, to be detained simply for wanting to report on the news,” Watson says.

Both Watson and Yemini feel their treatment by the United States agencies was excessive. Both believe that Watson would have been deported too had she not been an American citizen.

The stress and emotional distress experienced by the pair during the situation was overwhelming, and the plain lack of information and concern by America’s Border agencies was inexcusable. Yemini and Watson were treated like criminals, when their sole intention was to report on the news and continue their journalism.

Comedy Central have refused to respond to criticisms of being caught out by a hidden camera trying to smear Yemini. They continue to block and delete social media criticism. Now, they are trying to have Yemini and Watson physically banned from the USA so they can’t be personally held accountable.

Watson and Yemini believe their treatment sets a precedent that any organization or individual can profess they have concerns about their safety and see any journalist or other media entity denied entry to the United States, regardless if there is credible fear.

At this time, Yemini and Watson will be exploring legal avenues against Comedy Central.