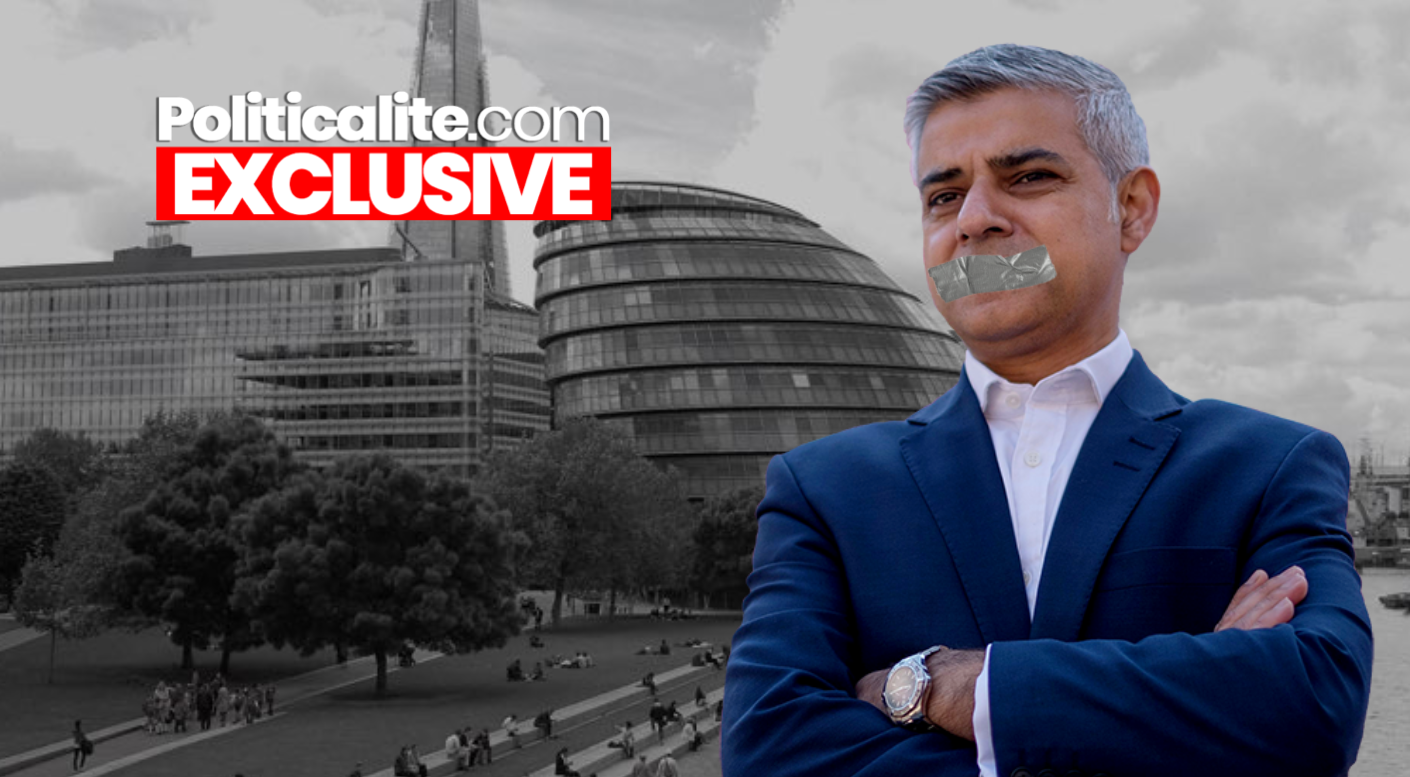 SADIQ Khan’s Mayor’s office has REFUSED to comment on the London Mayor’s hypocritical silence on the Anti-Gay Emir of Qatar’s visit to London.

Yesterday, Politicalite revealed that following his mass tantrum over the democratically elected leader of the United States visiting the country last week, Muslim Sadiq hadn’t had a word to say about the homophobic, human rights abusing Emir’s of Qatar’s visit to London. 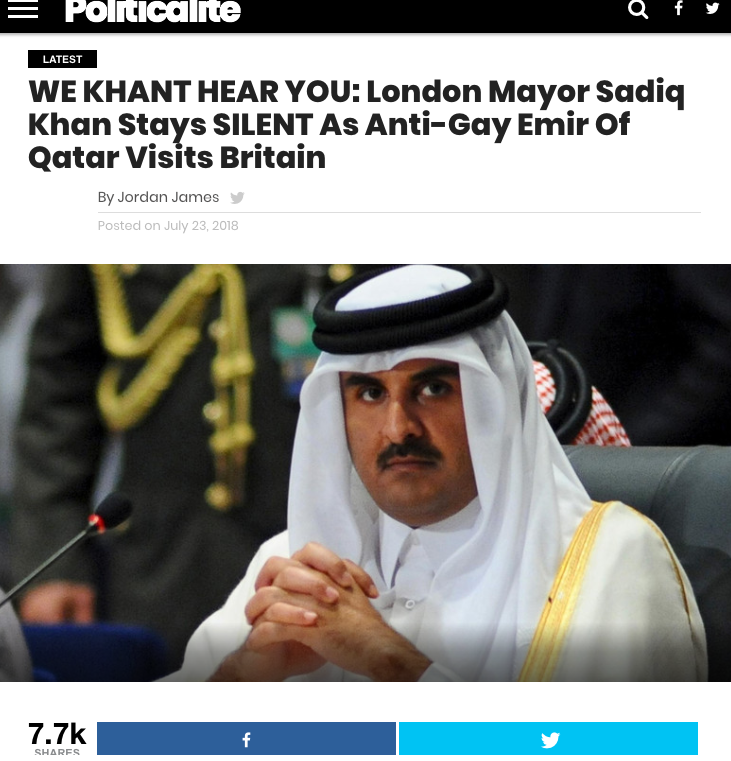 Politicalite reached out to the Mayor’s office – as we do with all stories, to ask why the London Mayor had remained silent on the homophobic and sexist’s Emir’s visit after he was so vocal on the President of the United States visit earlier this month.

Despite the story being shared over 7.7k times and being viewed over 20,000 times – at the time of publication, the Mayor’s office has refused to comment, proving that Sadiq Khan is selective when it comes to criticising foreign leaders.

Mr Khan embarked on a mass tantrum over President Donald Trumps visit, despite Trump being the democratically elected leader of the free world.

Qatar’s leader who is currently in Britain runs a country that has a dismal human rights record, has 26,000+ documented human rights violations, harbours and financed terrorists, paid BILLIONS in ransoms and discriminates against women and also has laws that still make homosexuality illegal.

Does the Mayor’s office not feel this is a bad enough track record, that deserves comment in the British media, a blimp and a mass protest?