HIGH INTEREST: What the Bank of England's Interest rate rise means for you
Advertisement 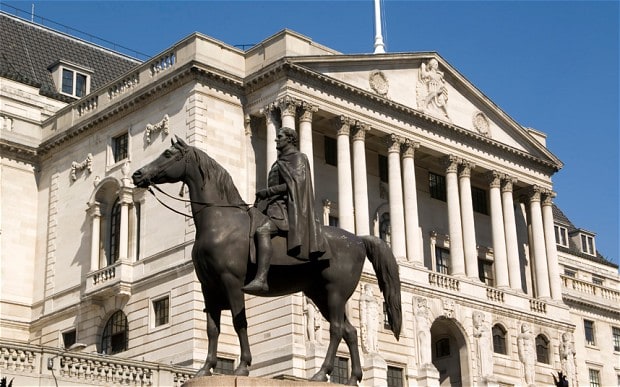 BRITAIN’s First-time buyers were among those left shocked today after The Bank of England raised interest rates for the first time in a DECADE.

The Bank of England raised interest rates in response to the rising inflation seen over the past year.

The last time Britain saw an Interest rate rise was in 2007 back when Gordon Brown was the Prime Minister, but what does this mean for you?

IF YOU HAVE A MORTGAGE, THE COSTS WILL RISE

All variable rate savings boosted by 0.25%. Yorkshire, Chelsea or Norwich & Peterborough standard variable rate (SVR) mortgage will see their rate increase by 0.25% to 4.99%. Accord Mortgages SVR from 5.34% to 4.99%, meaning borrowers on its SVR will see a reduction in monthly repayments.

Variable rates reset to August 2016 when the last cut was implemented. Savings rates are increased 0.15% and variable mortgages increased by 0.25%.
HSBC: Tracker mortgages up 0.25% from Friday. Savings accounts are under review.

FOOD PRICES MAY GO DOWN

But it isn’t all bad news, the rise in interest rates may bring down inflation, that means cheaper goods and services from your weekly shop to the cost of clothing.

Mark Carney, The Governor of The Bank of England said: ‘It’s not so much where inflation is now, but where it’s going that concerns us.’

He added: ‘In many respects the decision today is straightforward: with inflation high, slack disappearing and the economy growing at rates above its speed limit, inflation is unlikely to return to the 2 per cent target without some increase in interest rates.

‘Of course, these are not normal times. Brexit will redefine the UK’s relationship with our largest trade and investment partner.’

‘With unemployment at a 42-year low, inflation running above target and growth just above its new, lower speed limit, the time has come to ease our foot off the accelerator.’

In a statement announcing the decision, the Monetary Policy Committee said its forecast was still that inflation was at its peak of 3 percent and that economic growth would be ‘modest’.

The average easy-access savings account is currently paying 0.14% in annual interest, according to the Bank of England. So someone with £10,000 worth of savings is earning £14 a year. If the rate rise is fully passed on, they would earn an extra £25 a year, making £39 in total.