Whilst it is true that fried fish was introduced to Britain by refugees from Spain and Portugal in the 1860s, it was actually served with bread or baked potatoes before a Northerner made it a mega dish.

It was, in fact, Northerner John Lees who invented the combination of Fish & Chips with the first Fish & Chip outlet being opened in Mossley in Lancashire in 1860 at Oldham’s Tommyfield Market.

Mr Lees chip hut sold fish and chips from a wooden stall in a market stall, and in 1863 it was moved to an actual shop across the road with a slogan on the window: “Oldest Estd. In The World”. 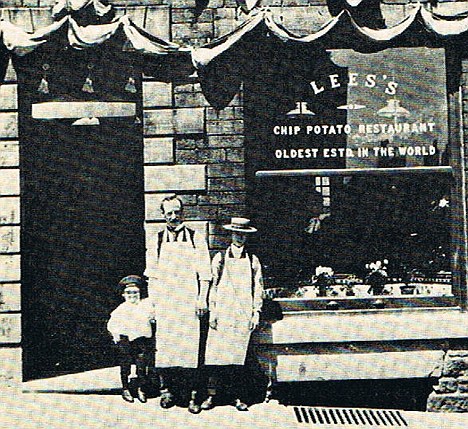 So why did Gary Lineker lie about Britain’s iconic dish?

So he could virtue signal, of course.

ARROGANT ASH: Great British Public Tell #BGT’s Highly Strung Banjo He DOES NOT ‘Speak For Them’ in #BLM Row