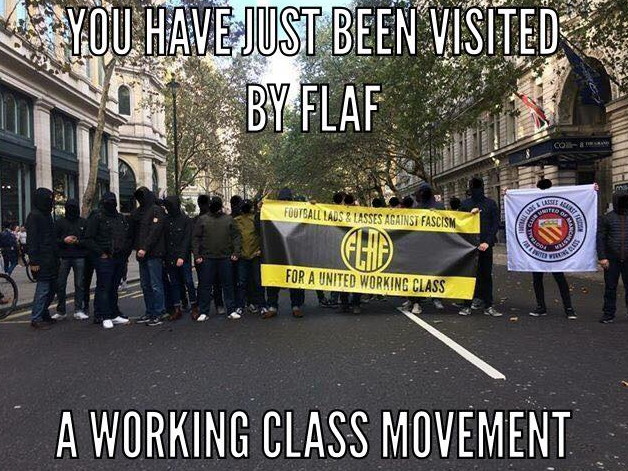 A LEFTIST group has launched ‘FLAF’ or “Football Lads Against Facsim’, only we doubt many football lads actually support the organisation.

They say on their Facebook page “#gameover” and claim that they have the support of thousands… but only around 20 FLAF lads turned up to oppose the DFLA.

They also wore balaclavas which could suggest they are really just middle-class Corbynite lefties… can the  FLAF uncover their faces?

Their Facebook feed is filled with posts from The Morning Star and they also slam Tommy Robinson as a “piss-artist” and claim there is no Soldier X.

And check this, one of their supporters posted a link to vile racist Nick Griffin, who talked about an antisemitic conspiracy theory that the Jews are funding Tommy Robinson and groups like the DFLA. 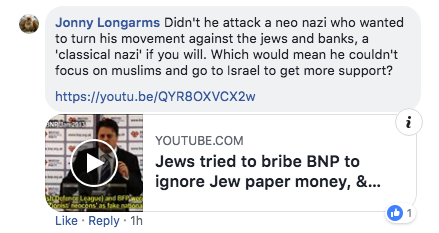 And they call the DFLA the ‘Far Right’