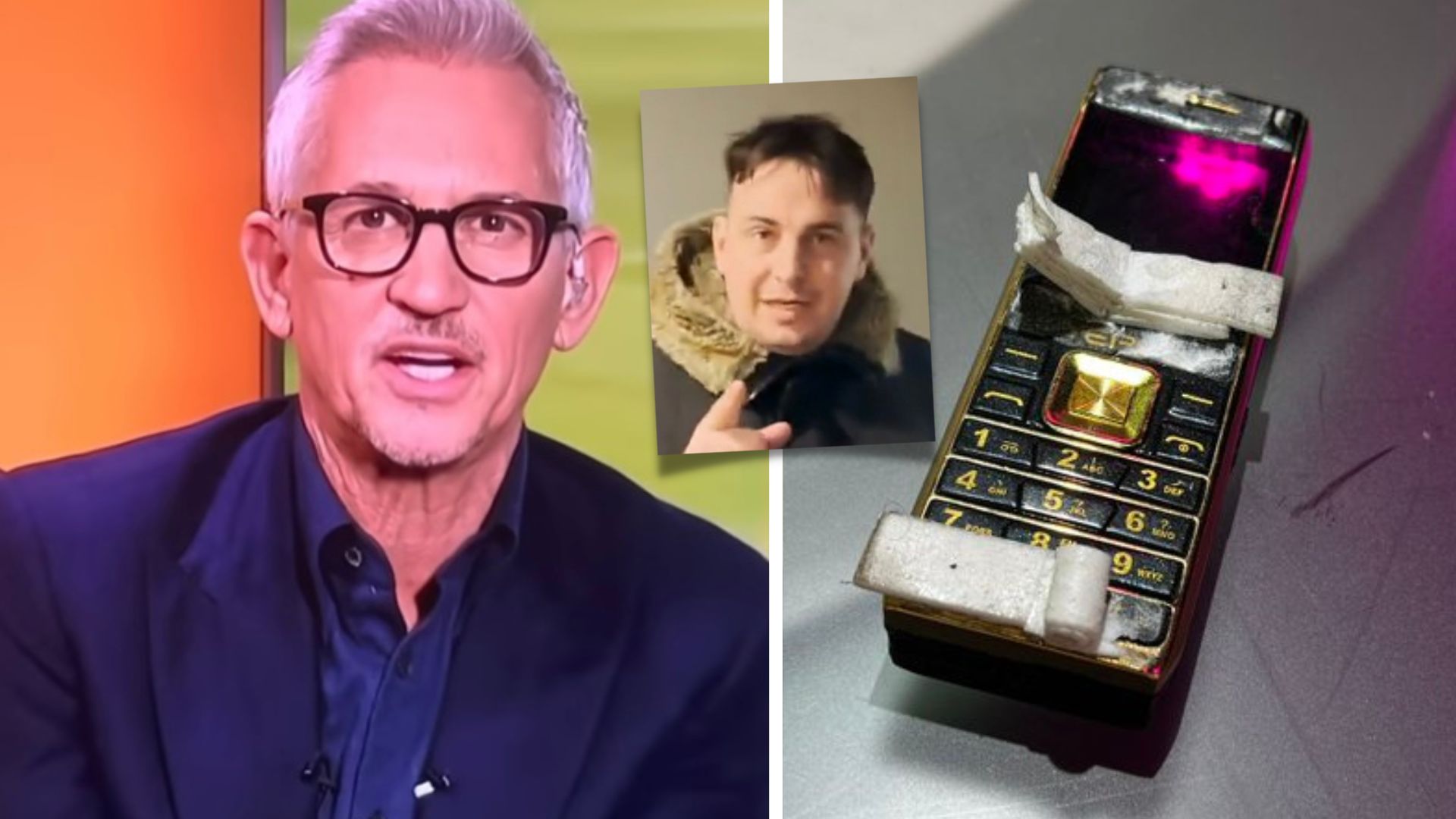 A PRANKSTER managed to hide a mobile phone at the back of the Match of the Day set that caused moaning chaos for Gary Lineker live on a BBC1 football broadcast last night.

The leftie moaner had the tables turned and was left red-faced after loud sex noises started playing during the BBC’s live coverage of the FA Cup clash between Wolves and Liverpool during a live link.

The noises were caused by a hidden mobile phone “taped to the back of the set” by prankster Daniel Jarvis – also known as “BMW Jarvo”.

Lineker looked startled and also amused by the prank and struggled to keep a straight face thereafter as he cut to colleague and fellow former England striker Alan Shearer in the commentary gantry.

“Yes, it was me that pranked the BBC Match of the Day with the sex Phone 🙂 The video coming soon!!!! @BMWJARVO best prankster ever!!!!” The prankster wrote on Twitter.

Lineker tried to laugh off the incident as the noise continued to blare out and said to Shearer: “Somebody’s sending something on someone’s phone, I think. I don’t know whether you heard it at home.”

Once the match had begun, Lineker revealed the cause, tweeting a picture of a mobile phone and three laughing emojis alongside the words: “Well, we found this taped to the back of the set.

“As sabotage goes it was quite amusing.”

Liverpool scored the only goal of the first half, and during the half-time analysis, Lineker said to Ince and Murphy: “Harvey Elliott’s goal was a screamer… which was not the only one we’ve had tonight.”

The stunt did not go unnoticed by viewers as the incident was clipped and widely shared on social media.

A BBC spokeperson said on Twitter: “We apologise to any viewers offended during the live coverage of the football this evening. We are investigating how this happened.”