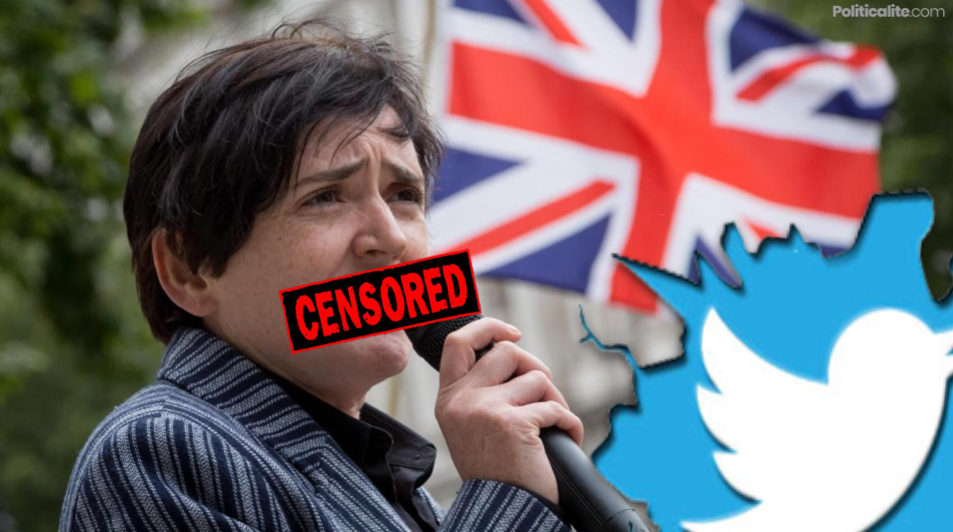 THE LEADER of a British political party has been BANNED from Twitter after she mentioned grooming gangs.

Anne Marie Waters, who is the leader of the right-wing ‘For Britain’ party that is backed by former Smiths frontman Morrissey, was permanently banned by the left-wing social media website after she questioned a UK police force.

Twitter claimed Anne Marie had “Violated” their rules on “Hateful conduct.” – but still, the social media platform allow Labour MP Naz Shah to have an account – who liked a Tweet saying rape gang victims should ‘Keep their mouths shut.” 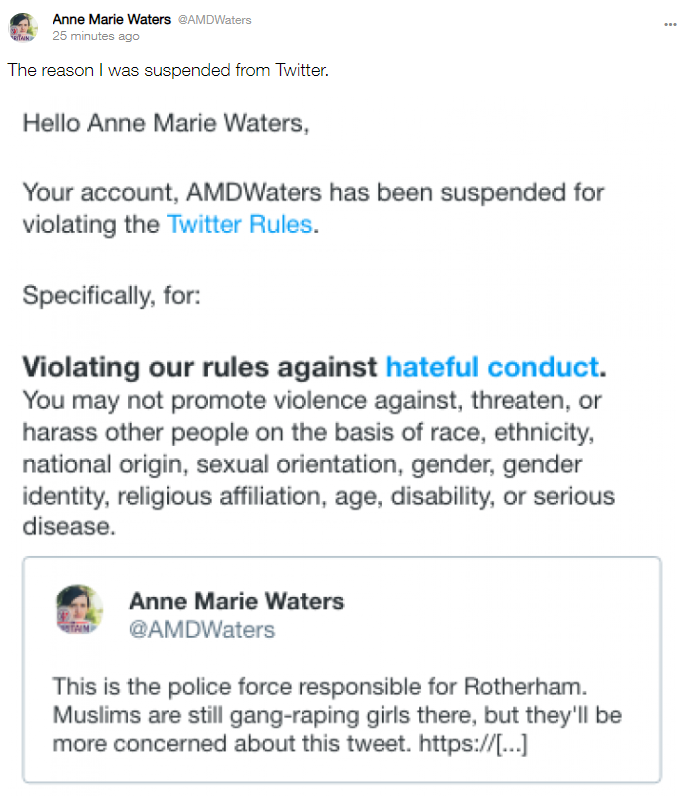 Waters said South Yorkshire Police was wasting its time monitoring offensive tweets when it should be prosecuting Muslim grooming gangs.

The force posted a tweet asking people to “report non-crime hate incidents, which can include things like offensive or insulting comments, online, in person or in writing.”

READ THE FULL STORY ON INFOWARS. 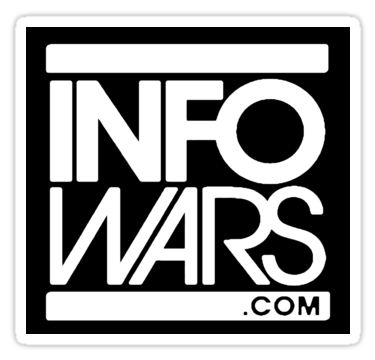