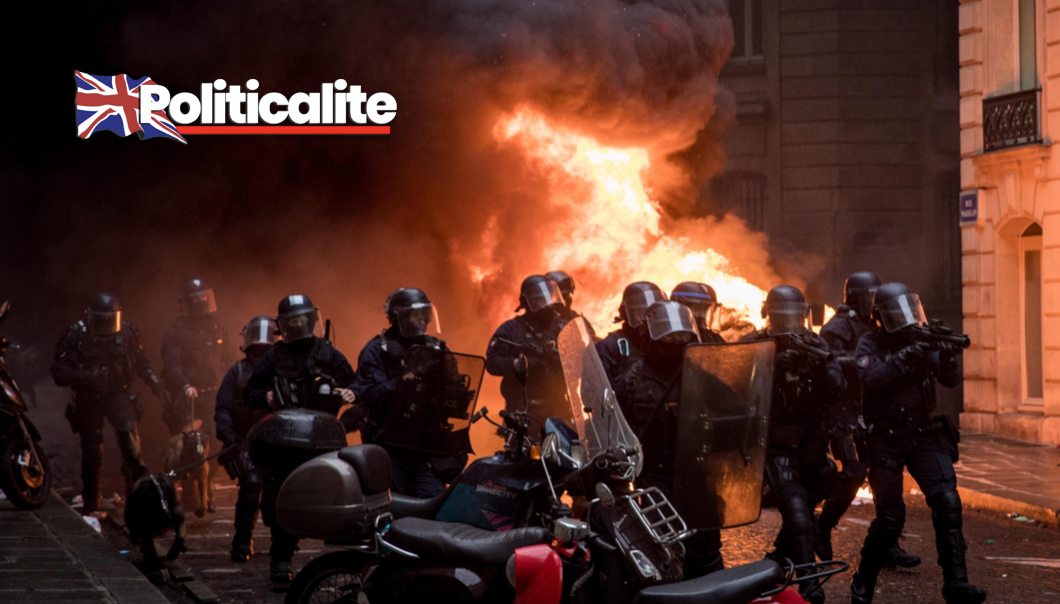 PARIS was ablaze on Saturday after violent clashes over COVID laws and the ‘Global Security Bill’. Vehicles were set on fire and police and protesters exchanged blows amid chaotic scenes of the protest.

Politicalite was LIVE AND UNCENSORED in Paris as thousands of violent protesters took to the streets to rally against the security bill, that would render illegal the publication of images in which police offices could be personally indentified, among additional provisions.

Protesters could be seen throwing fireworks and projectiles at riot police who responded with tear gas. Police used water cannons and tear gas against protesters while they marched against the so-called ‘Global Security’ bill in Paris on Saturday evening, as a day of sometimes violent demonstrations came to an end. Protesters held signs standing against the police with messages reading “Get ready because we won’t let go of anything” and “We don’t want your bullshit laws.”

According to local reports, two police officers were injured by a Molotov cocktail during the demonstration the western French city. France has been rocked by numerous protests against the new security law throughout the country on Saturday with thousands gathering in cities including Marseille, Montpellier, and Paris.

On Monday the government announced that they would rewrite Article 24 of the law; the provision that restricts the filming of police officers, following weeks of protests. The law in its current form makes it illegal to disseminate images in which police officers can be personally identified, among other things.

The draft bill has been heavily criticised by activists and journalists who say it violates freedom of the press, as well as UN humans rights experts who have said the bill runs afoul of international law.

Reporting by our partners at Ruptly.