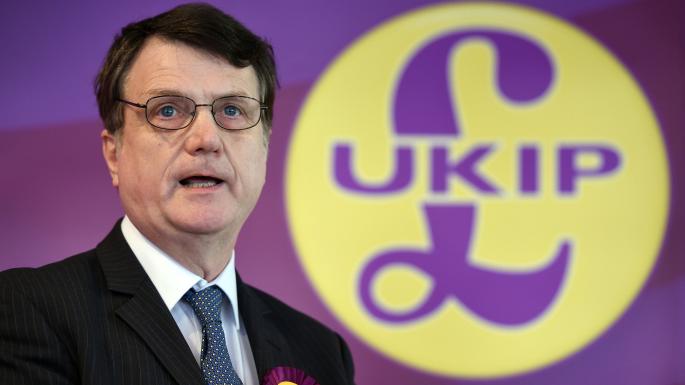 TRINITY Mirror/Reach takeover of the Daily Express has had far-reaching consequences.

First, UKIP was effectively banned from its pages and then Gerard Batten revealed this morning that a lengthy interview he did for the Sunday Express was mysteriously dropped.

My supporters sometimes ask why I am not interviewed in the newspapers? Six weeks ago I did a long interview for the Sunday Express. It never appeared. The editor was overruled by the new Mirror Group owners, who are pro EU. This tells you all you need to know about the press.

Gary Jones, the new editor bussed in by Trinity/Reach, told UKIP they wanted “nothing to do” with the Eurosceptic party which, of course, is nothing to do with Trinity’s strong pro-Remain stance.

The silencing of Mr Batten is another example of the new owners of the Express showing total disrespect to its overwhelmingly pro-Brexit, Conservative/UKIP supporting readership. It is a further blow to the supposed ‘plurality’ of the fakestream with UKIP unable to find a voice in the solidly Tory Mail/Sun et el.

It is only a matter of time before the editorial shift becomes less subtle and more overt. Express readers need to realise their beloved newspaper has been hijacked by an organisation bent on foisting it’s ideological agenda onto them even at the expense of the long-term well-being of the paper.

UPDATE: The UKIP Leader has now been blackballed by LBC

LBC now tell me there was a mix up and now I am not on at 4pm. They wanted to talk about UKIP’s surge in support. Andrew Castle just said that they will be discussing what happens if Brexit is not delivered, and “people will turn to the far right”. Which UKIP & I are not. ? https://t.co/pIZGIvLqGr