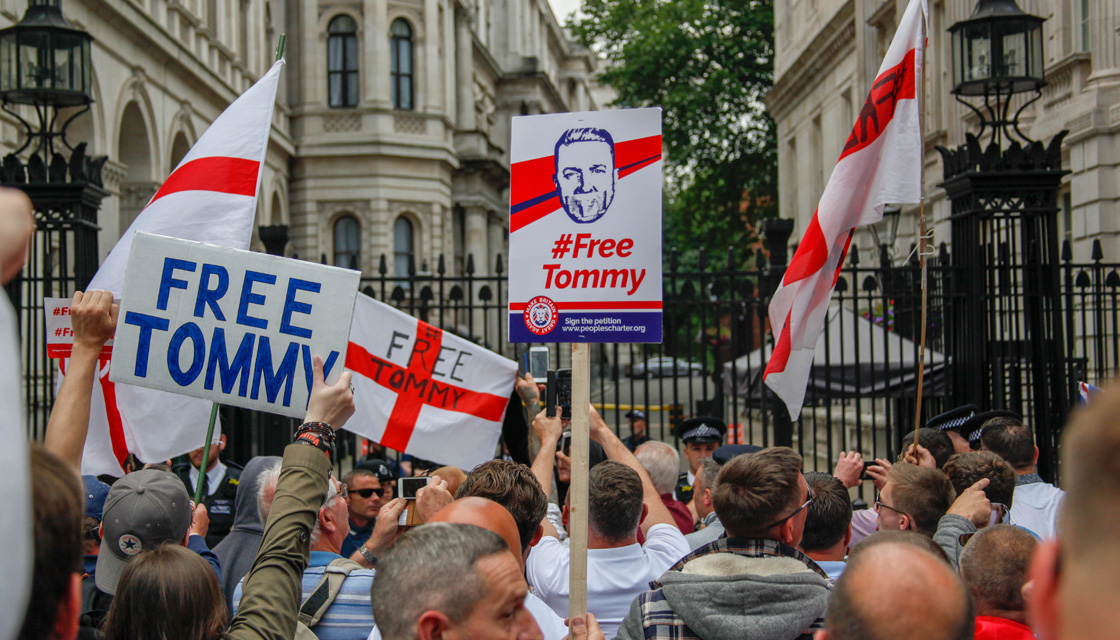 BRITISH MPs have sponsored a bill that will shut down Facebook groups that back Tommy Robinson and speak out against Radical Islam according to reports.

Tories such as Nicky Morgan, Anna Soubry, Jacob Rees-Mogg and Labour MPs such as David Lammy and Lucy Powell are working together to tackle so-called ‘Online Hate.’

They claim that social media has given ‘extremists’ (working-class people like me and you) a new tool with which to recruit and radicalise.

Lucy Powell wrote in the Guardian “It is on Facebook, which most of us in Britain use, where people are being exposed to extremist material.”

Powell says she is “introducing a bill in parliament which will do just that. By establishing legal accountability for what’s published in large online forums, I believe we can force those who run these echo chambers to stamp out the evil that is currently so prominent. ”

“Instead of small meetings in pubs or obscure websites in the darkest corners of the internet, our favourite social media site is increasingly where hate is cultivated.”

“These views are spread as the cheap thrill of racking up Facebook likes drives behaviour and reinforces a binary worldview.”

She says: “We can also see it in the rise of the far right, with Tommy Robinson supporters rampaging through the streets this summer, or in increasing Islamophobia and antisemitism.”

“Through Facebook groups (essentially forums), extremists can build large audiences. There are many examples of groups that feature anti-Muslim or antisemitic content daily, in an environment which, because critics are removed from the groups, normalises these hateful views. ”