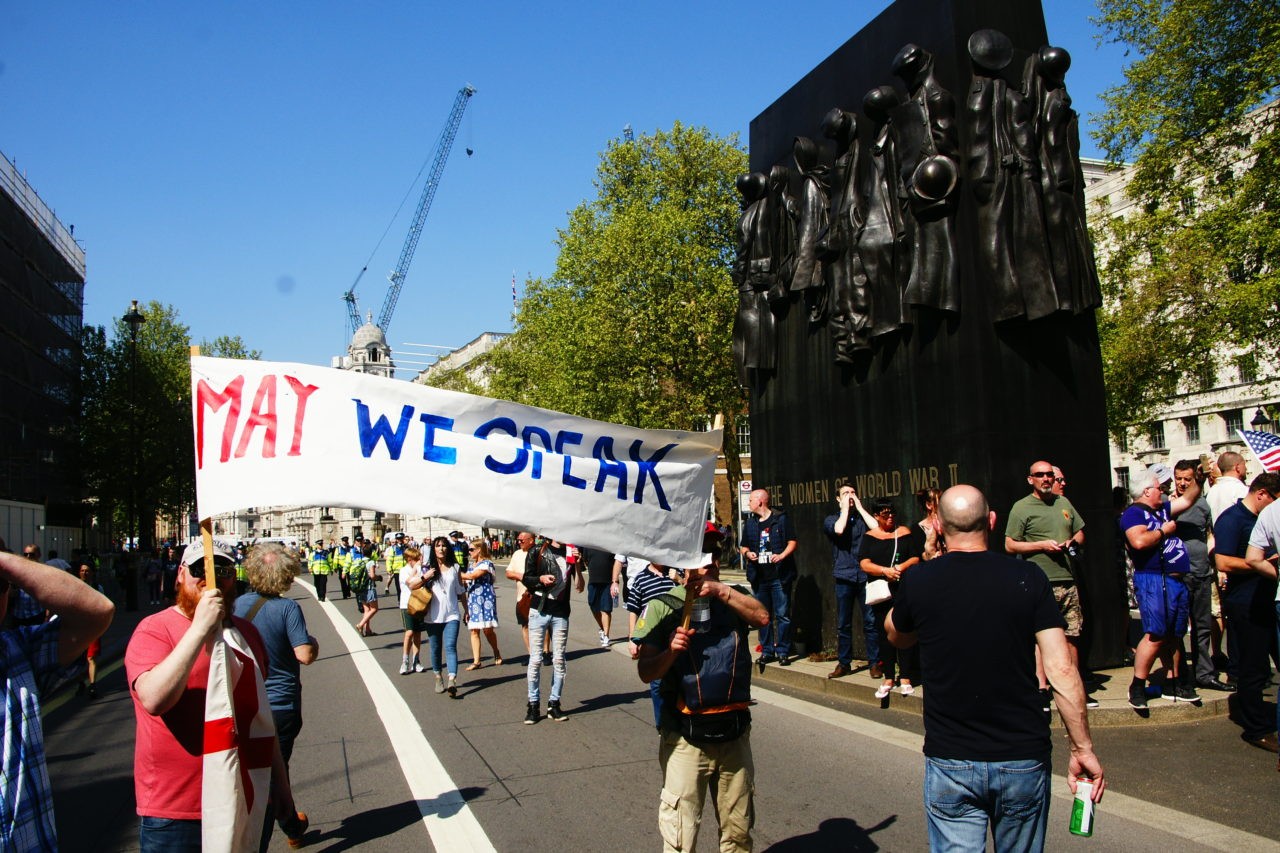 THE So-called ‘Far-Right’ are the new radicals in British politics.

The press has mostly ignored the events in Whitehall, no reports on the BBC, Sky or ITV.

The London Evening Standard said the event was violent and branded all attendees ‘Far-Right.’ but how can this be? An event that hosted a Gay Jew, a former Muslim and the son of Pakistani migrants and a drag queen does not counter the mainstream media smears that we are a bunch of Far right Nazis.

To prove this point, Richard Spencer – a true racist lambasted the ‘Day For Freedom’ event and said: “Events like the #DayForFeeedom are ultimately demoralizing on a deep, psychological level. Every public expression of national pride must be accompanied by a collection of freaks, Muslims, and non-Whites.”

That tweet alone proves those who attended the Day of Freedom are not racist bigots, if we were, Richard Spencer would be singing our praises, thankfully – he’s not.

Surprisingly, one Left-Wing blogger told the truth about those who attended, Mike Stuchbery wrote on his blog: “Whatever you might read in the papers in the days following the rally – don’t let it be said that this was solely a white, male crowd. This was something that people definitely felt comfortable bringing their wives and kids to.”

The left has lost the debate, they can no longer simply brand us, racists and bigots, simply because we want to highlight the failures of mass-immigration and Islam – these issues are key issues for Working Class people across Britain.

Twenty years ago, the west worked to bring peace to Nothern Ireland and to stop the bloodshed on British soil by the Irish Republican Army. Within five years, The Establishment had brought a new kind of terror to the streets of Britain.

Now, the same party is smearing working class people because we are sick and tired of our children being blown up, of our way of life being threatened, of our culture being decimated – now they brand us “Far-Right” bigots, to keep the failures out of the public eye.

The left needs to remember that one day when their view goes out of vogue, they will be marginalized, they will be branded “far right” or “far-left” and they will be attacked for the simple crime of freedom of speech.

The ruling establishment needs to understand what’s going on real working class Britain, and events like the Day of Freedom show we are no longer keeping quiet, we are no longer biting our tongues.