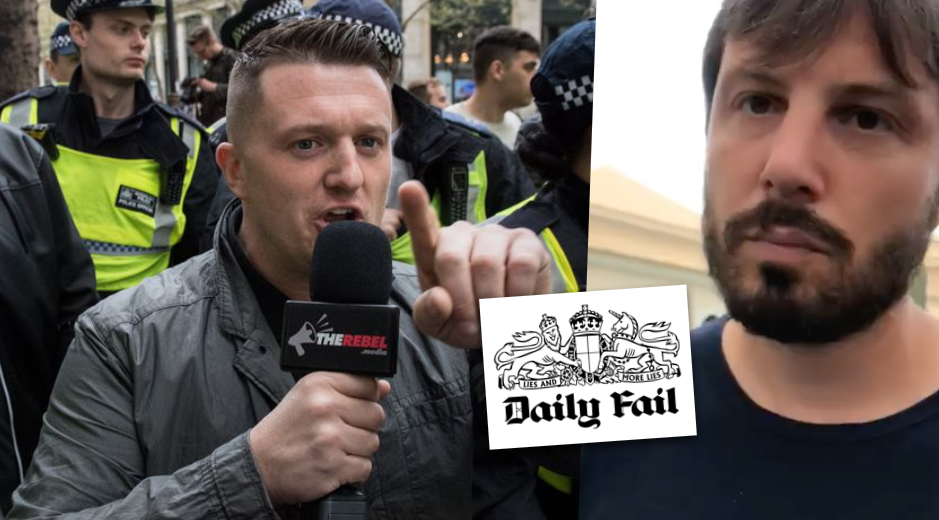 RIGHT Wing activist Tommy Robinson exposed a fake news Daily Mail reporter who was stalking his family whilst on Holiday in Tenerife.

Tommy asked the reporter why he was branded ‘Far-Right’ as the sleazy reporter tried to duck an interview after he was caught spying on Tommy’s family, but our Tommy held firm and exposed him.

Tommy said: “The Daily Mail has had journalists photographing my family on our holiday.

I have a full 40 min vid of an awkward conversation, Obviously, I am very concerned that they have photos of my wife & children.”

He added: “The mail is doing the governments work by harassing my family.”

He also claimed that Facebook was marking the video as spam adding: “Social Media is trying to prevent people from seeing me ask him simple questions.”

Tommy added: “I don’t care what the media print about me, the public don’t buy their fake news, I care about the invasion and harassment from the Daily Mail on my innocent family who live under threat from violence”

TAP HERE TO SEE THE VIDEO ON HIS FACEBOOK PAGE

EXCLUSIVE: Mixed Race #FreeTommy Activist BANNED from Instagram
THE BIG ONE: 23rd October #FreeTommy Rally Outside Old Bailey Will Be ‘Biggest Ever’ Demo
To Top