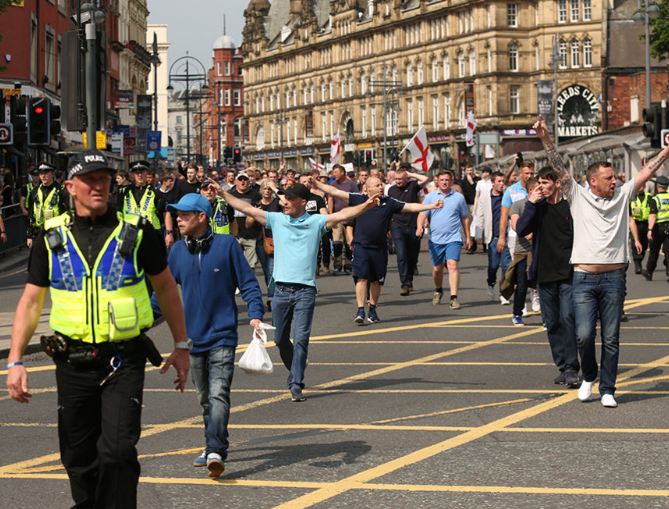 THOUSANDS of #FreeTommy protesters brought Leeds City Centre to a standstill today after the right-wing activist was jailed by the British state for reporting on the trial of a Muslim Grooming Gang.

Traffic was disrupted and roads were closed across the city centre as protesters marched through the city.

Many of the protesters were working class workmen in work gear, showing the clear divide in Britain between the Establishment and the working classes who have been abandoned to deal with Muslim Rape Gangs and the attacks on our Free Speech. 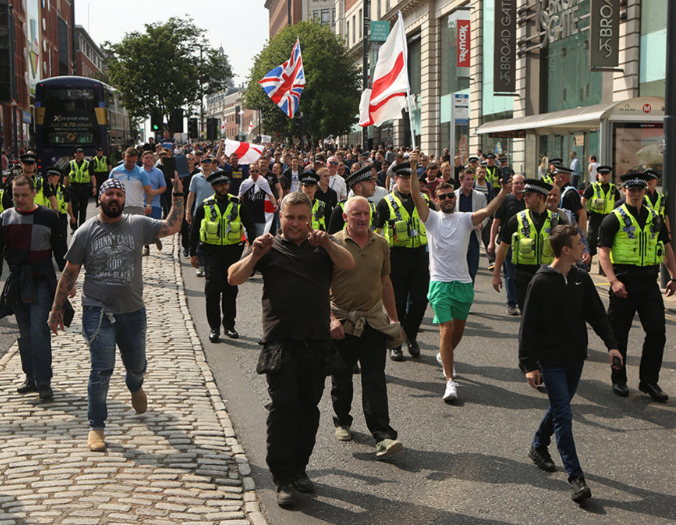 One man was seen dressed as the Grim Reaper carrying a sign ‘free speech is dead speech’ and one report suggested a flare had been set off and a bottle thrown. 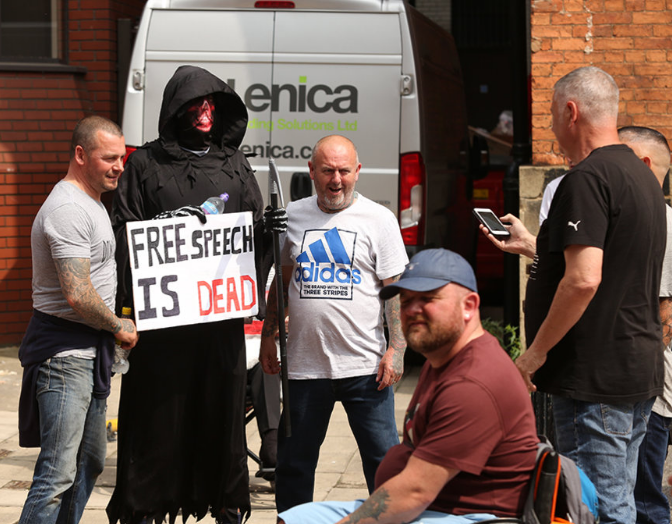 The event was organised by the group Proud British, which campaigns to “voice freedom of speech” and “stop the strain on the NHS, schools and our public services”.

The Leeds march was part of a series of #FreeTommy marches planned across Britain over the next few days with marches being held in Whitehall and Manchester on Saturday.

Dozens of his supporters agreed to stand up for Tommy and make a stand for our country and our right to freedom of speech. 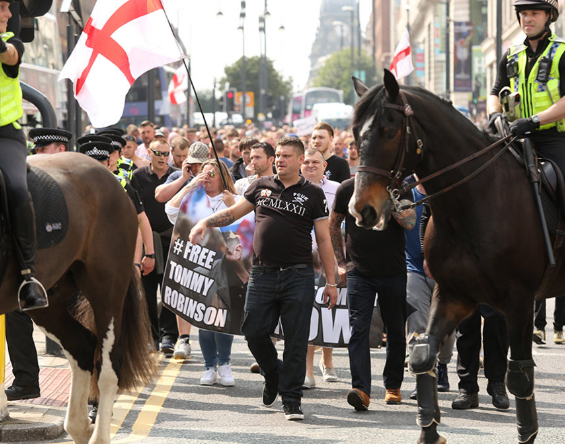 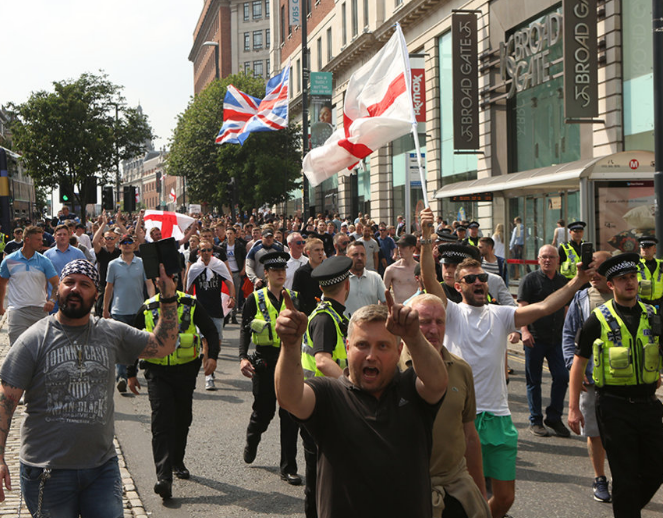 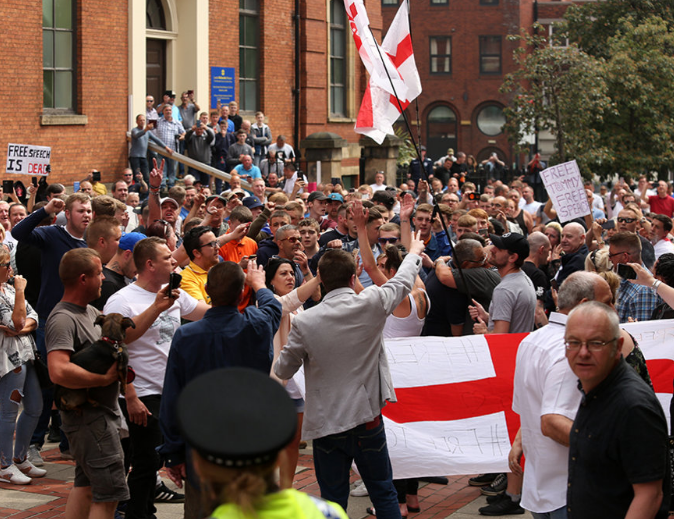 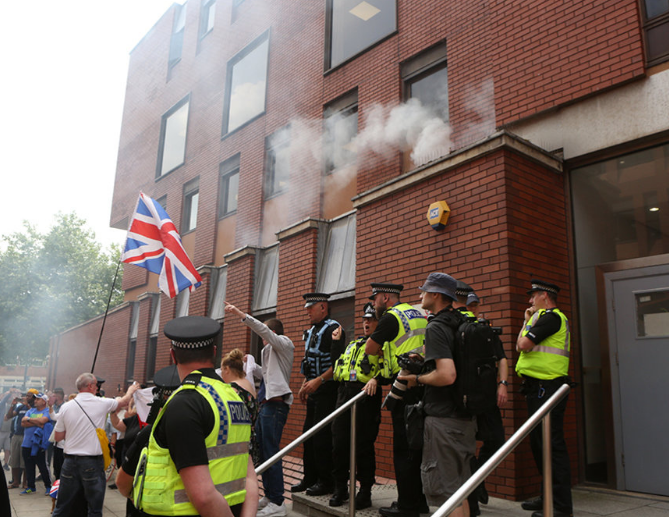 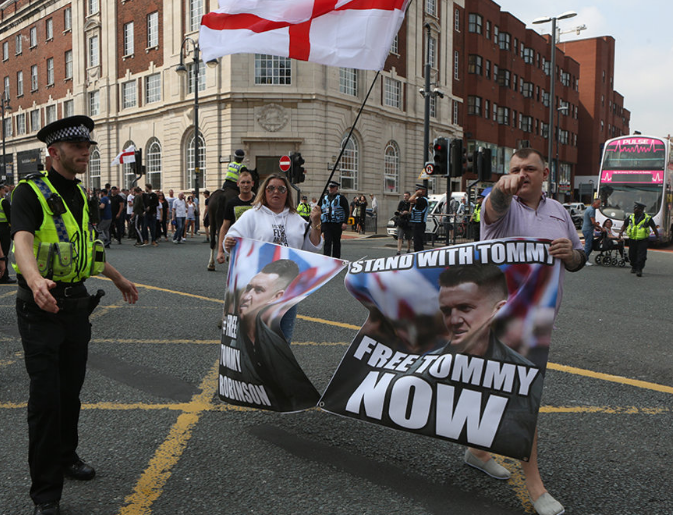 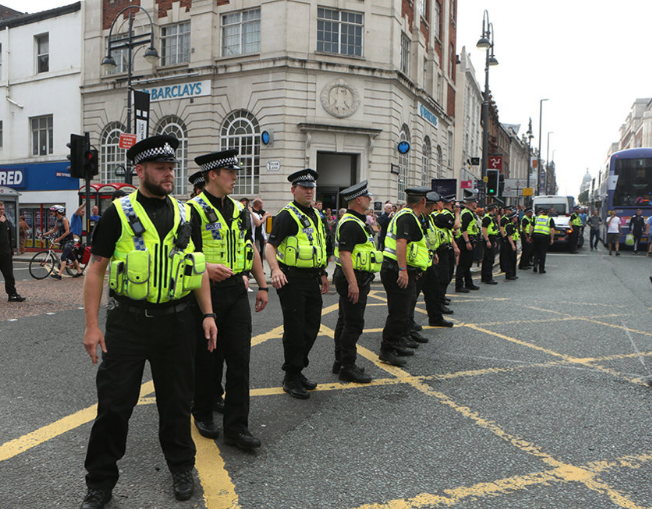 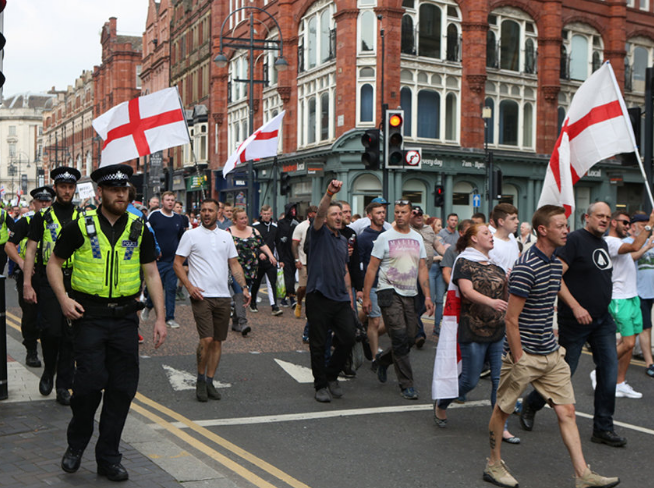 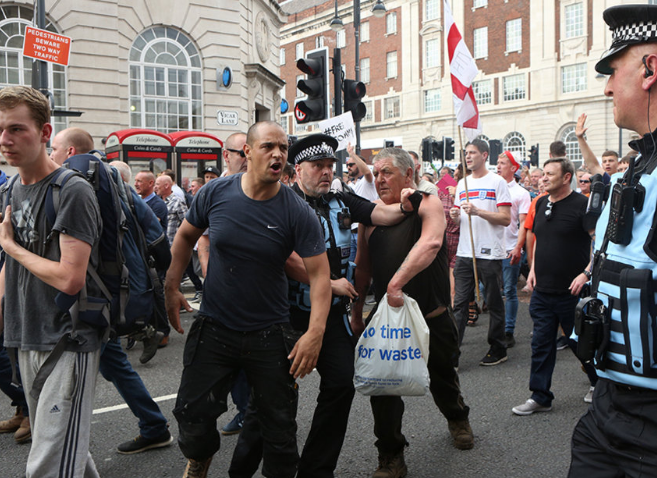 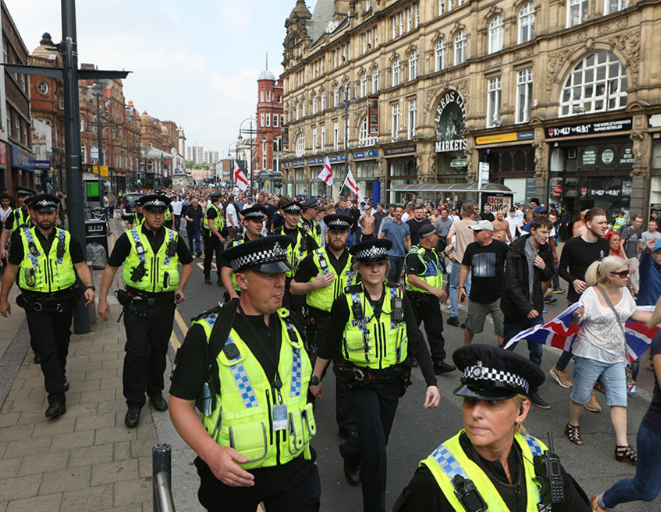 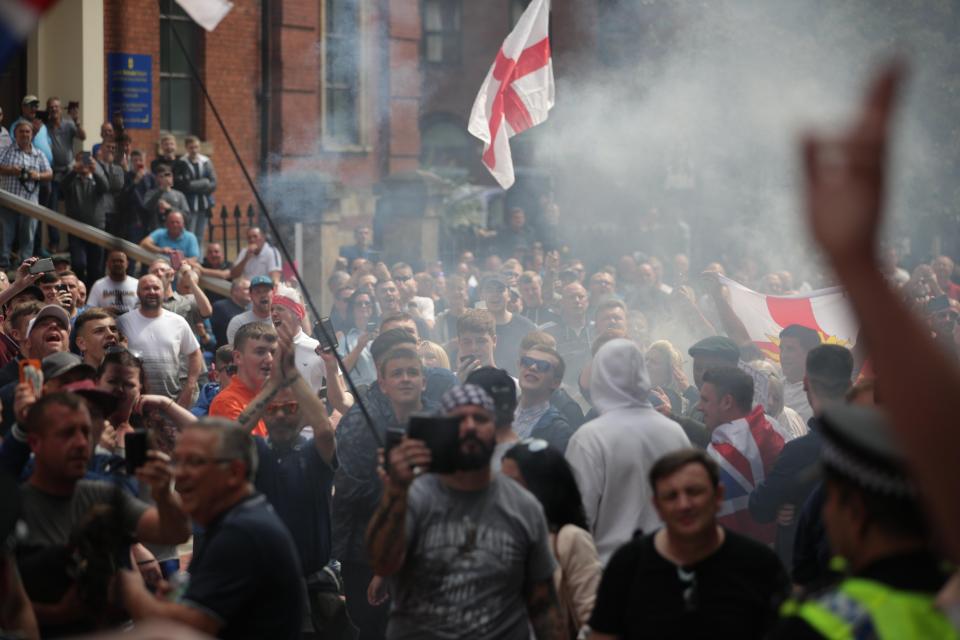 YOU SCUM: The Sun SIDES with