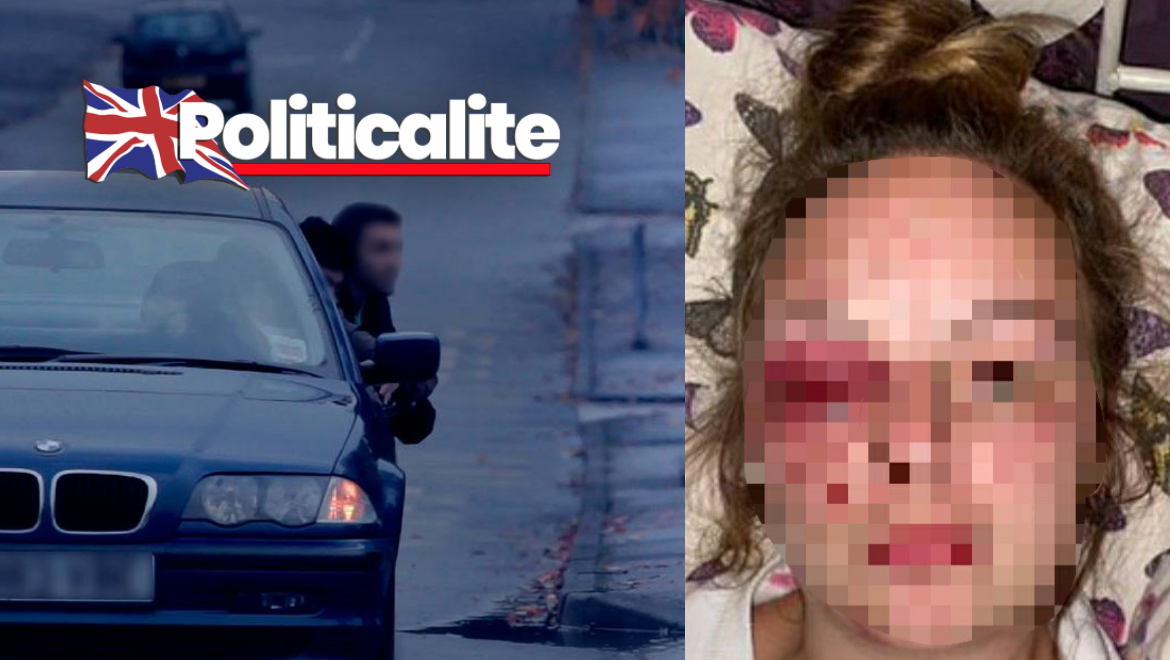 A WOMAN was allegedly arrested by Cumbria Police for perverting the cause of justice after she came to them alleging she had been being battered and bruised by a Grooming Gang.

The teenager, from in Barrow-in-Furness, was imprisoned for supposedly breaching her bail conditions. She had previously revealed on social media her psychical abuse by a grooming gang.

This included bruising, scratches and burn marks; she stated that she was beaten by the gang to so they could ‘teach’ her ‘a lesson’, leading to much anger on social media as the images went viral. She was arrested on the 20th of May for violating bail conditions given to her on the 26th of March, after being charged with 7 counts of perverting the course of justice.

This is in relation to having been picked up by this gang, as they had punished her for not attending ‘parties’ due to the coronavirus outbreak. This comes as Cumbria Police had revealed that they had conducted a 12-month investigation into alleged grooming gangs in the area, but had turned up nothing.

In the postings on social media, she revealed her history with the alleged gang, consisting of Pakistani men. Revealing how some of these men were ‘local’, she also highlighted that the ‘business owners’ took her throughout the north of England, including in Manchester, Yorkshire and Preston, among many others. She said she had attended ‘parties’ by this group, where the grooming would take place. It also transpired that they addicted her to heroin and had ‘beaten’ and stripped her as well, often leaving her in the middle of nowhere without supplies, including in the winter where she got ‘bad hypothermia’. She called them ‘evil yet clever men’, who had pretended to have ‘loved’ her, but had simply used her for ‘gain and profit’. She also admitted that she wasn’t ‘the only girl in the area’ to have been attacked by this gang.

Williams also alleged that she had her finger sawn off to be made an example of. Meanwhile, another alleged victim Ellie-Ann Reynolds accused the police of lying over not finding grooming gangs in the area, highlighting her own troubles with the gang, which led to her having PTSD. Reynolds then highlighted that the National Referral Mechanism had identified her as a victim of sexual slavery, with her exploitation being ‘Child Sexual Exploitation/Forced Criminality’.

Her family have since set up a campaign group called #justiceforellie, which has become viral on social media. An open letter has been released as well to the Independent Office for Police Conduct and the National Crime Agency, of which referenced previous hotspots for grooming gangs, like Rochdale and Rotherham, and the accompanying petition has over 15K signatures, along with the original post by Williams being shared over 33K times. The local MP, Conservative Simon Fell, who won the seat of Barrow and Furness in the 2019 general election, has tried to keep people calm. Protests have since sparked, with Cumbria Police having been accused of bungling the investigation, by badly handling evidence and deleting statements where they claim there are no grooming gangs in the area of Barrow-in-Furness.

Feel free to share. X EDIT: FEEL FREE TO SHARE MY “#JUSTICEFORTHEGIRLS” PHOTO ALL OVER. WE WONT BE SILENCED. EDIT: may…

Please be respectful and let them do their jobs. Our community is stronger with a good local press. https://t.co/VBAOZbagkL

Many have come out in support of Ellie, feeling she is telling the truth. This includes former Greater Manchester Police detective Maggie Oliver, who blew the whistle on the Rochdale Grooming scandal, of who has thrown her support behind Williams, and felt that the #justiceforelliewilliams on Twitter was ‘heartwarming’.

The public demanding #JusticeForEllieWilliams is heartwarming. Its not about violence or racism. Its about the law & protecting the vulnerable. Not hatred, racism or violence which helps no one, especially not failed victims of abuse, wherever they are from. pic.twitter.com/sJ3MevZAQ3

Meanwhile, Conservative Party activist Emily Hewertson has also backed Ellie, claiming she does ‘believe’ her and criticised the victim-blaming around the story, and its lack of MSM coverage.

The victim blaming around this story and how it was handled by the police is truly shocking.

I, for one, believe Ellie.

This story needs the coverage it deserves. It does not sit well with me at all. https://t.co/4GkjZ2qAgg