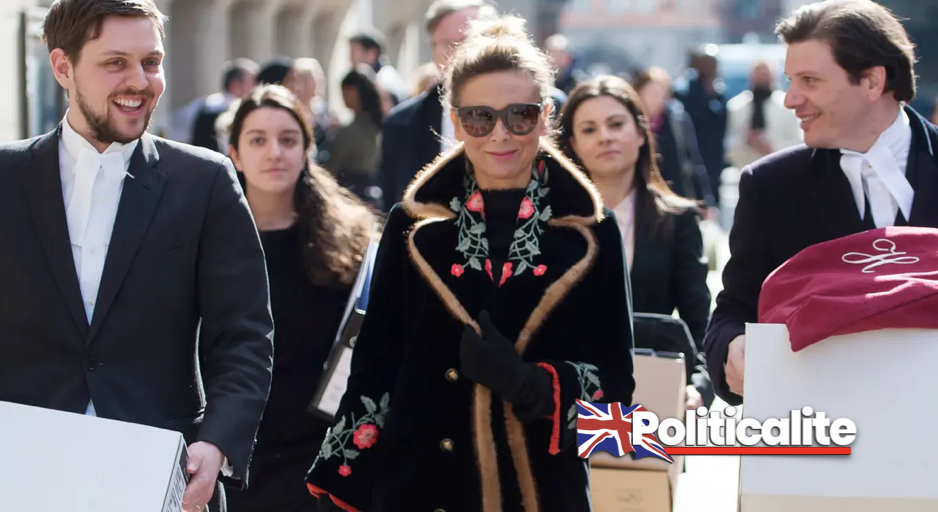 A DIVORCEE trying to get her hands on the £450 million she is owed by her Russian billionaire ex-husband has won the latest round of a legal fight with their son.

Tatiana Akhmedova, who lives in London, was awarded a 41.5% share of businessman Farkhad Akhmedov’s £1 billion-plus fortune by a British judge in late 2016.

Mr Justice Haddon-Cave, who analysed the case at a trial in the Family Division of the High Court in London, said Ms Akhmedova should walk away with £453 million.

But judges have heard that she has so far pocketed about £5 million and that Mr Akhmedov has not “voluntarily” paid a penny.

Ms Akhmedova has taken legal action against her ex-husband in a bid to trace assets and has also taken action against their son Temur, who she says is his father’s “lieutenant”.

She has persuaded a judge overseeing the latest round of the case to give the go ahead for searches of property in an attempt to locate “electronic devices” owned by her son, a London trader in his 20s.

Mrs Justice Gwynneth Knowles said on Thursday, in her latest ruling on the case, that searches had been made and more than 40 electronic devices which “appear to belong to Temur” had been seized.

The judge said devices appeared to have been “actively concealed” from Ms Akhmedova and that documents “captured” on devices would be examined.

Temur disputes the allegations made against him.

Mr Akhmedov has said that because he and his ex-wife, who is from eastern Europe, are not British and were not married in Britain, a British judge should not have made a decision.

However, Ms Akhmedova says Mr Akhmedov has tried to put assets beyond her reach and she has taken legal action in Britain and abroad in a bid to get hold of what she is owed.

That has led to her becoming embroiled in litigation with a number of trusts based in Liechtenstein, into which Mr Akhmedov has transferred assets.

Mrs Justice Knowles had been told how Mr Akhmedov had transferred a super-yacht, the Luna, worth around £340 million, and an art collection, worth around £110 million, into the ownership of a number of trusts in Liechtenstein.

ON YOUR SIDE: How To Keep Your Business Afloat In A Recession
To Top