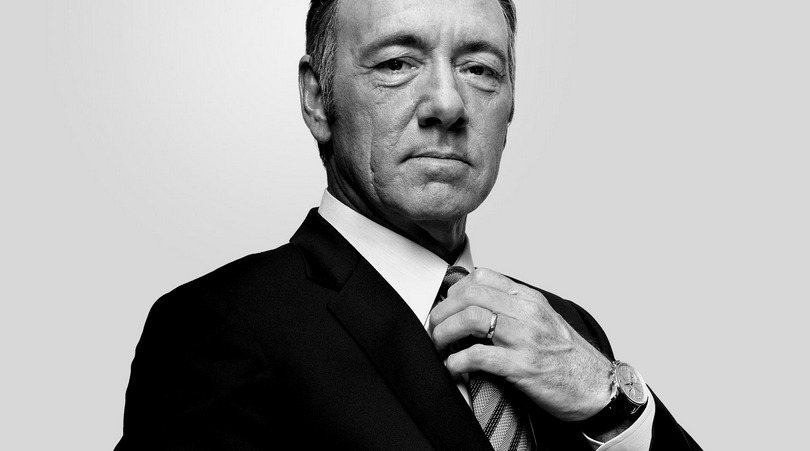 Actor Kevin Spacey, 59 has been axed due to the Kevin Spacey sex assault scandal, – he, however, will not be prosecuted over an accusation of sexual assault that allegedly took place in 1992. 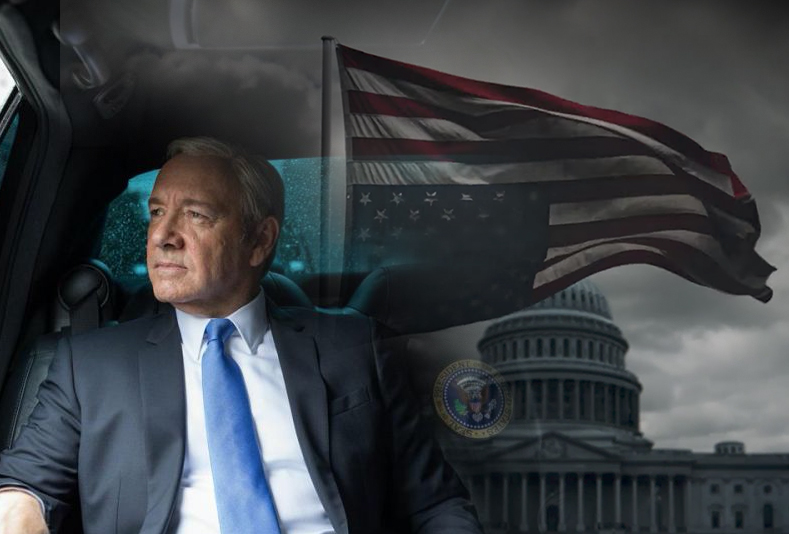 Spacey must be the only actor where alleged historic sexual assault cases add to the character… Francis is so evil, his alleged crimes make him even more chilling and believable.

Along with his wife Claire Underwood – played by Robin Wright, the pair who have murdered, cheated, lied, bribed, rigged and done just about anything to stay in power. Underwood, Democracy is SO over-rated.

Without a doubt, Frank Underwood IS the show and he makes Richard Nixon look like a kitten. He’s the politician we love to hate. Yes, he’s corrupt, he will lie, cheat, steal and even kill to achieve his goals, but don’t we all secretly want a leader who will do the things many of you (yes YOU) are too weak to do? Yes, yes we do.

One fan summed up our love affair with Frank perfectly: “He gets power, as in he understands the nature of power, how to obtain it and how to exercise it.”

“He divorces morality from politics. In his world, morality doesn’t count. He understands that power doesn’t count who’s right or who’s wrong. It only concerns who are ruthless enough to get it. So he is deeply cynical.”

“And a part of us knows this is true. Political power (and power in general), especially that of the highest order, demands ruthlessness. It is amoral. Underwood gets that.”

Frank is a man who would drown a kill freshly born puppies and drown a litter of kittens to stay in power, and yes, we admire it, and wouldn’t accept anything less.

We root for the villain and we don’t want his enemies and the journalists to uncover his tangled web of crime, lies and deceit – that’s just how powerful Frank’s character made the viewer feel.

The show is so well written, we cheer when Frank, the totally corrupt bastard defeats the better and more honest candidate – Heather Dunbar, we all become little Franks, cheering corruption, collusion. One addicted planet, Underwood.

“They’re like little children, Claire. We have to hold their sticky fingers and wipe their filthy mouths. Teach them right from wrong. Tell them what to think, and how to feel and what to want. They even need help writing their wildest dreams. Crafting their worst fears. Lucky for them, they have me. They have you. Underwood 2016, 2020, 2024, 2028, 2032, 2036. One nation, Underwood.” 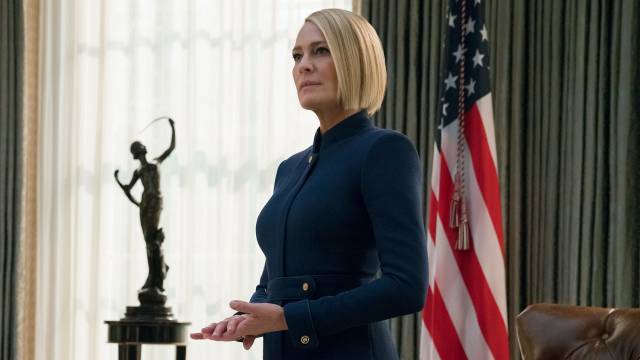 Robin Wright who plays his wife, First Lady and later Vice President will take over the reigns in the final season and Frank has been KILLED OFF this season, buried next to the father he hates, in his own backyard in Gaffney. FU, Mr President.

The Final Season drops on Netflix in November 2018.

All five seasons of House of Cards are available now on Netflix.