DUP-ED: Tories DEFEATED after DUP break rank and side with Labour on NHS pay
Advertisement

JEZ BLOWN AWAY BY MRS MAY: PM slams Corbyn and reveals 'Windrush' decision was taken under Labour 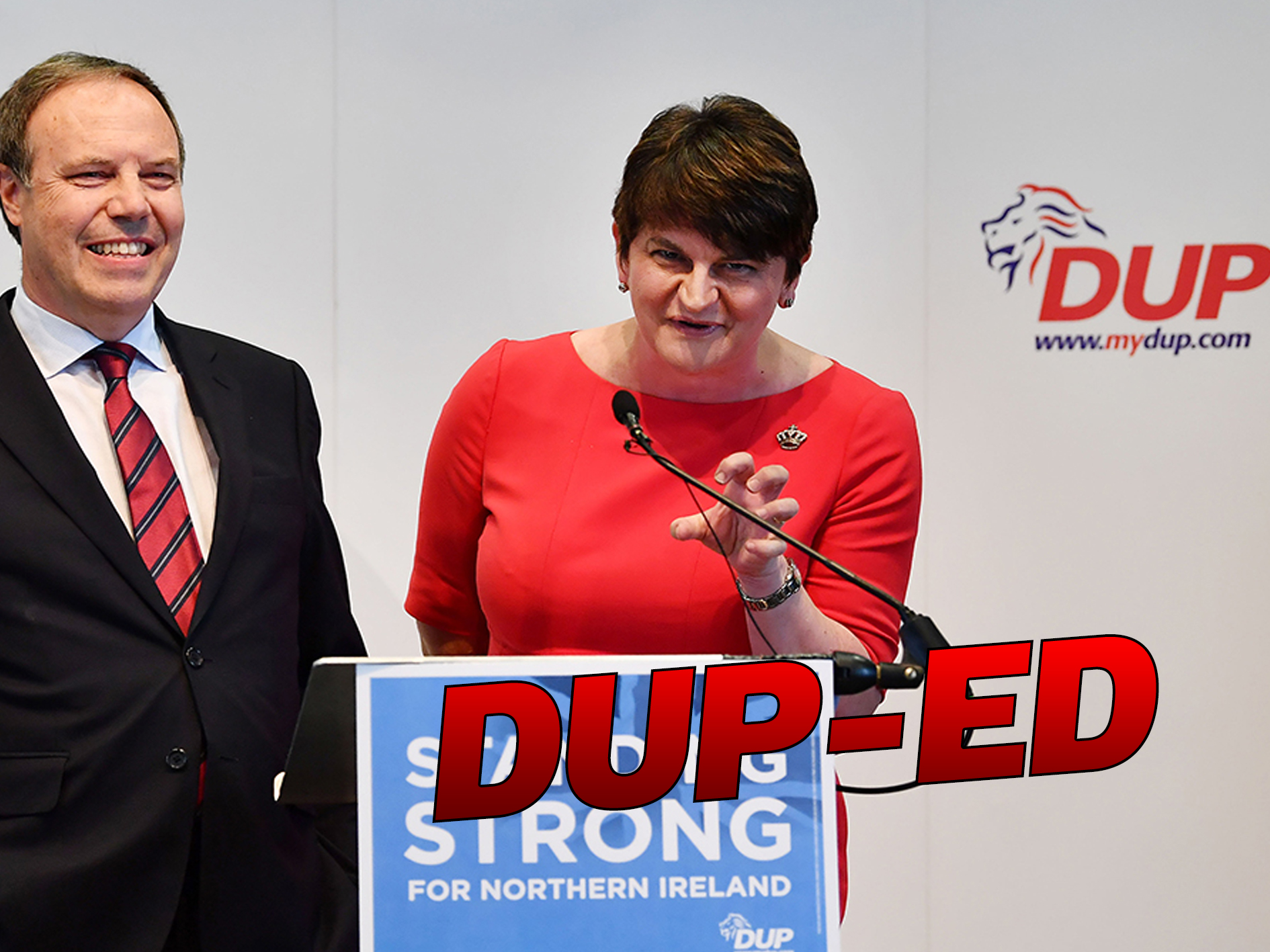 THERESA MAY suffered a major loss in the House of Commons today after the Democratic Unionist party BACKED a Labour motion in favour of raising NHS pay.

Labour’s motion passed without being pushed to a vote after the government had no majority or authority to oppose the motion for an end to the public sector pay cap for NHS workers.

It is the first example of how difficult life can be in minority Government, the DUP breaking with May shows that the ‘confidence and supply’ deal is not all that it’s cracked up to be.

The motion fell outside the Tory-DUP deal as it was not binding, but the fact that it passed without a vote was a key victory for Labour and a sign that austerity is truly over.

The DUP’s decision to side with Labour forced the Conservatives to abstain in an attempt to take the sting out of the commons battering.

The motion will not alter Government policy but it is a sign that Labour may be able to exploit differences between the Conservatives and the DUP in the future in order to win more meaningful votes.

Ian Paisley, the prominent DUP MP for North Antrim, said he hoped the vote would be a “clarion call” from the Commons for fairer pay for NHS workers.

Downing Street has already signalled it will be “flexible” over the public sector pay cap in future.

Conservative MPs in marginal UK seats have been lobbying for an end to austerity.

Yesterday Number 10 announced the end of the public sector pay cap after mounting pressure from unions and her own MPs.

Mrs May will need DUP votes in order for the budget to get the approval of Parliament in November, so ending the cap may have been a political necessity.

182
SHARES
Share Tweet
In this article:confidence and supply, conservatives, dup, house of commons, theresa may
Up Next: