EXCLUSIVE: Matt Hancock ‘BOOKIES favourite’ to WIN I’m A Celebrity… Get Me Out Of Here!
Advertisement 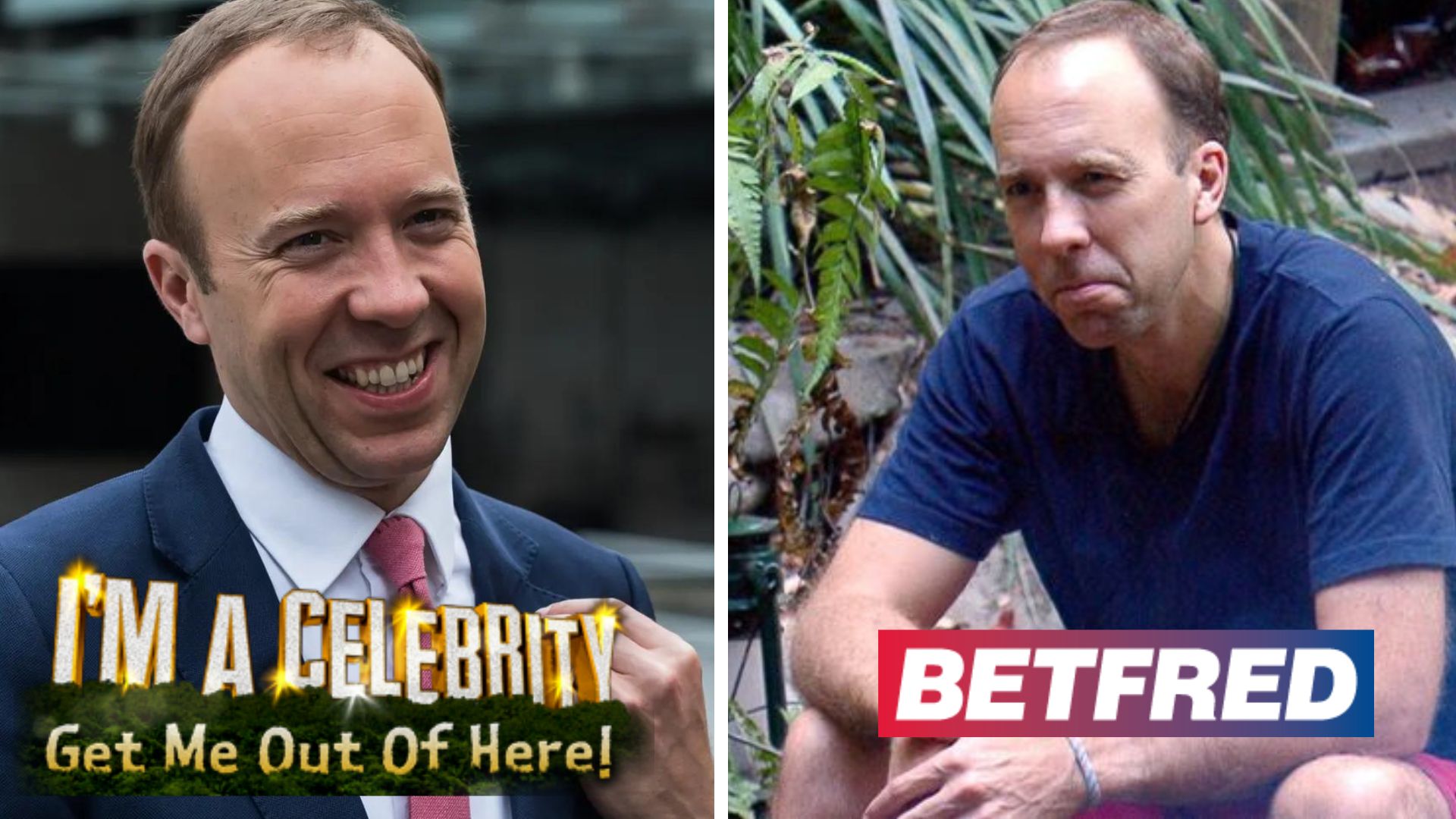 AS the controversy surrounding Matt Hancock’s venture into the jungle begins to turn into acceptance that he has made a good show of himself, we look at whether he can actually manage to reach the impossible and claim the title of King of the Jungle.

After seriously impressing during the trials, we still do not know whether to keep hating on Matt Hancock here at Politicalite – but bookies are pricing him in to win the smash-hit ITV show.


Whilst we always expected the former Health Secretary and sitting MP to make a good effort at the trials, we perhaps did not expect him to succeed at them quite so easily. In fact, the Tory MP has taken everything in his stride since he has been in the jungle, including the fairly probing questions put forward to him by some of the other contestants.

Whether or not his plea for forgiveness was quite the time and place, (surely he should do more for the country and his constituents in order to gain the forgiveness of the British public). Either way, Hancock still remains and has reached the final five.

One of the main talking points between campmates throughout the series has been questioning whether the Matt Hancock they are seeing is real or fake. It goes without saying that aside from the cash, the number one reason why Matt Hancock decided to join I’m A Celebrity Get Me Out of Here was for PR purposes. Boris Johnson, perhaps the most PR friendly politician of all time due to his appearances on Have I Got News For You and Top Gear among others (before he became PM) was popular and well-liked among the British public due to these appearances. Could Hancock be planning for another leadership bid at some point in the future?

We suspect that if a poll is taken, Hancock will have more supporters following his success in the Jungle compared to before he entered. If that is indeed the case, then it’s a job well done to his PR team. Regardless, nobody could call him a complainer or lazy, he’s done everything he has been asked to do and probably more. He has also won all of his campmates round too. Whether or not the jungle Matt is the same as the politician Matt will only be known by those closest to him, however.

Can Matt Hancock Take the Win?

The odds of Matt actually being crowned King of the Jungle are looking good. At time of writing, Betfred are offering 4/1 odds on him winning.

However, Hancock faces a challenge with Lioness Jill Scott and Mike Tindall around. If he can make it to the final three, then he can count that as a major win, especially if he finishes ahead of either Jill, Mike or Owen.

Of course, the public decides who the winner is and we aren’t sure what percentage of viewers are actually casting votes. We know that the first episode of this series had the lowest ever number of viewers for 10 years, but it has also been reported that Matt Hancock’s appearance has helped to increase total viewership Perhaps Matt has something planned for if he reaches the latter stages

What Next for The Show?

The series remains one of ITVs most successful ever television shows. This instalment is the show’s 20th anniversary and the fact that the show managed to attract Matt Hancock shows that the producers still know how to keep it fresh and interesting. The show has stood the test of time and continues to be popular, although not as popular as in the past. The fact that viewers can now vote via the app makes it a lot more accessible too, and app voters do not have to pay for the pleasure of voting either.

The app also allows users to learn some jungle training and there is a wide range of merchandise available to be purchased. I’m a Celebrity has also teamed up with Microgaming, the online slots operators who offer a variety of free spins no deposit bonuses on slots, in order to create a special game dedicated to I’m A Celebrity Get Me Out of Here.

The public will decide this weekend who will be crowned King or Queen or the jungle. The odds certainly don’t suggest Matt will win, but anything can happen.

I’m A Celebrity… Get Me Out Of Here! continues tonight at 9pm on ITV1 – catch up on the ITV Hub.