NO STARS FROM STARMER! Sir Keir demands Matt Hancock QUIT I’m A Celeb and “do his job” as MP
Advertisement 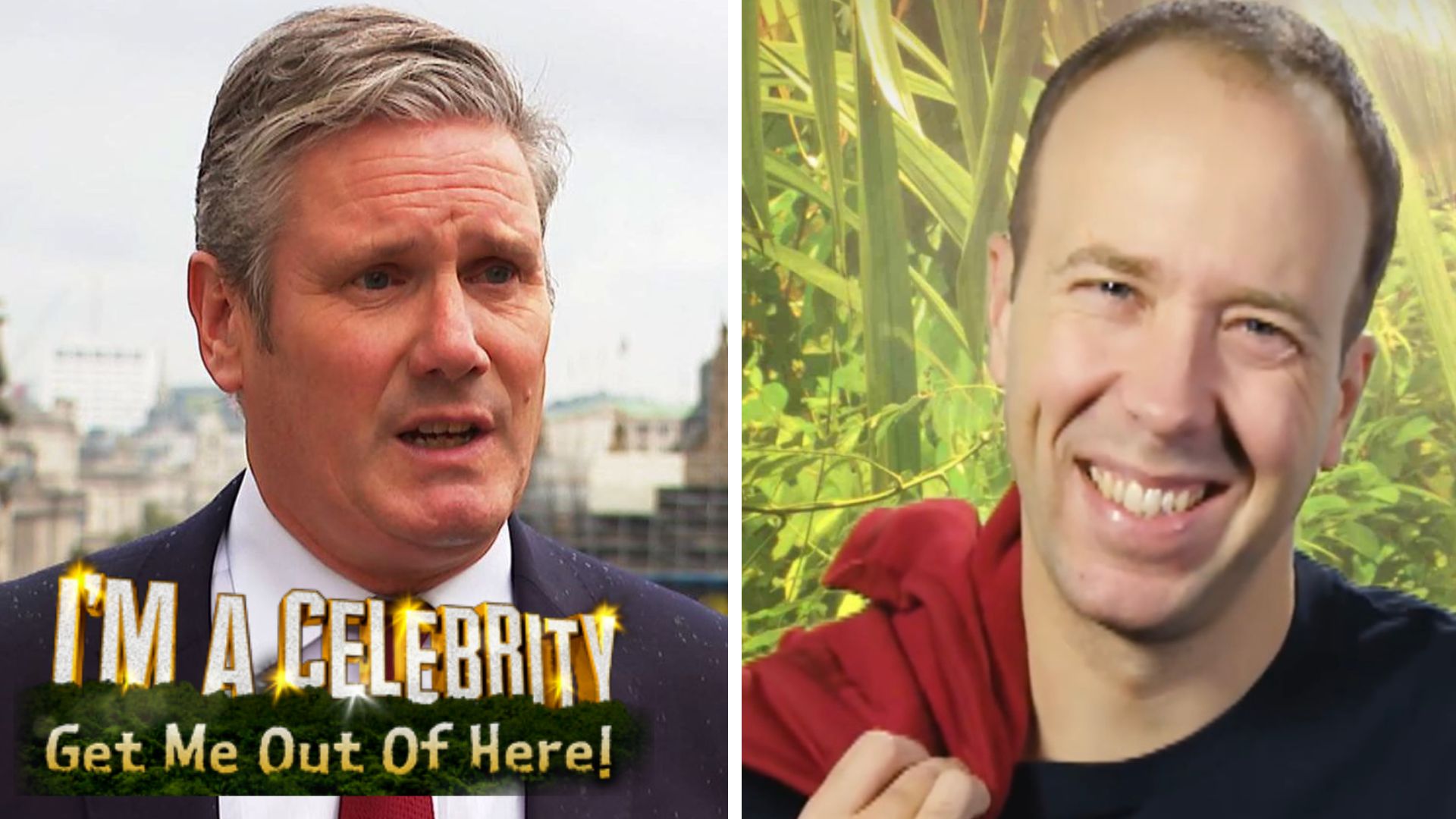 MATT Hancock should “quit” smash-hit ITV reality show I’m A Celebrity… Get Me Out Of Here! and return to Parliament, says Keir Starmer.

The Labour boss demanded Hancock leave the show and said the former Cabinet minister was “wrong” to enter the reality show while receiving an MPs’ salary.

Hancock – who is trying to connect with a “hard to reach” section of society and said he would use his appearance to promote his work on dyslexia before he went down under – bagging £400,000 for the telly gig.

The Labour MP added that he felt “very strongly” about the issue, saying: “He should voluntarily leave and get back to Parliament and do his job”.

“This isn’t a guy who rolled up his sleeves and was a champion of the nation. His reputation was pretty bad before he even started on this”

Northern Ireland Secretary Chris Heaton-Harris suggested on Thursday that “quite a lot” of politicians have downloaded the show’s app to vote for Hancock to take part in more trials.

Speaking to Kay Burley on Sky News, he said: “He should be here with us voting and debating in Parliament.”

He added: “So, I know the format of the show. I do believe there’s quite a lot of people in a building not too far away from here, the House of Commons and the House of Lords, who’ve downloaded a certain app so they can vote. I’m not sure if that’s a good thing.

“I read this morning what he said about how he wants to prove that all MPs are human, and that’s actually, you know, that is true. All MPs are human, but I think we do that every day in our constituencies and what we do in Parliament.”

The former health secretary, who was seen on screen for the first time in the ITV show on Wednesday night, was voted to do Thursday’s Tentacles of Terror Bushtucker Trial.

In a preview of the challenge, the 44-year-old hunts for stars to earn meals for the camp while avoiding the pincers of small crayfish

Hosts Declan Donnelly and Ant McPartlin watch as Hancock tackles the trial, with Donnelly commenting: “You’ve got to hold your breath for a long time…”

He later adds: “Good going this, down we go again, your air hole gets smaller…”, to which McPartlin quips: “What did you call him?” and Donnelly replies jokingly: “Air hole…”

The West Suffolk MP joined the cast of the reality show on Wednesday after facing much criticism over his decision from the public and fellow politicians.

His jungle arrival was met with a mixture of shock, incredulity and uncontrollable laughter from his campmates.

During Wednesday’s episode, comedian Walsh, who made headlines in 2018 when he was pictured kissing his married Strictly Come Dancing partner Katya Jones, doubled over in fits of laughter after meeting Hancock in the jungle.

He later exclaimed in the Bush Telegraph “Matt Hancock!” before laughing even more.

Hancock caused a further stir as he entered the main camp, with many of the show’s famous faces shocked to see the MP, who had the Conservative Party whip removed after announcing his plans to join the show.

“One of them is Seann Walsh and the other one – I’ve got to go back and double check.”

The episode drew in an average of 7.9 million viewers, up on last year’s equivalent episode by 2.1 million, according to overnight figures from ITV.

Shortly after arriving, he took part in the Beastly Burrows Bushtucker Trial challenge alongside fellow late entry Seann Walsh – before being selected again by the public to face a second.

I’m A Celebrity… Get Me Out Of Here! airs nightly at 9pm on ITV – catch up on the ITV Hub.

Advertisement. Scroll to continue reading.
208
SHARES
Share Tweet
In this article:Ant and Dec, Entertainment, featured, Im A Celebrity Get Me Out Of Here, ITV, Keir Starmer, labour, Matt Hancock, Tories