TURF-WAFFE: Germans BANNED From Training at Wembley 'Due To Rain' #England 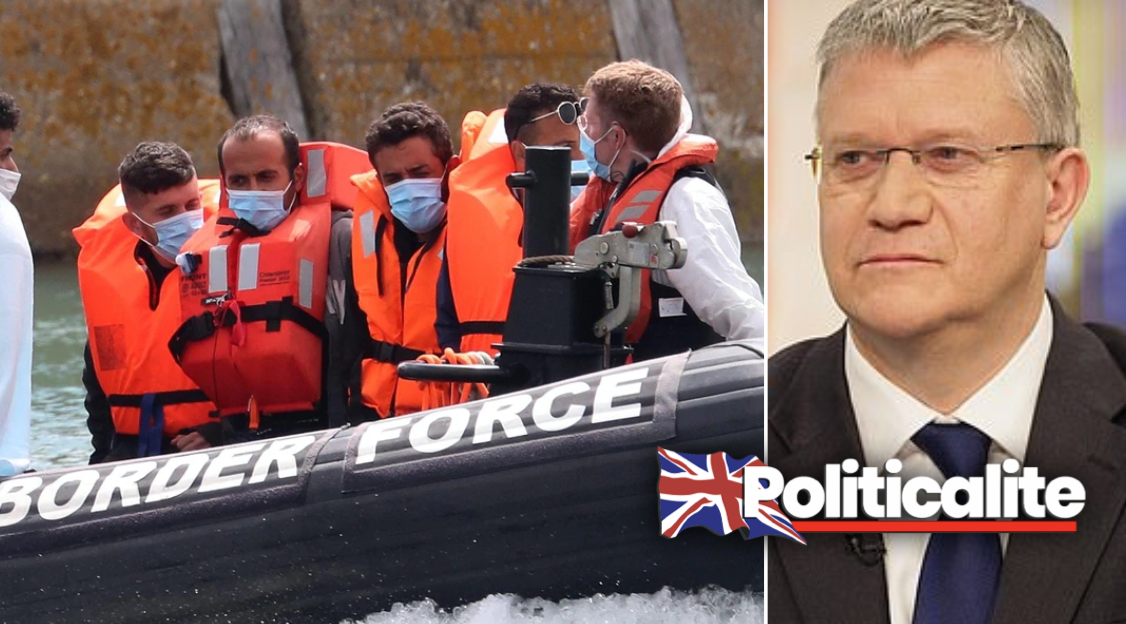 TORY MP Andrew Rosindell has written a letter to Home Secretary Priti Patel to solve the problem, of which he described as ‘out of control’.

In response to the ongoing illegal immigration crisis, whereby over 6K illegal aliens have come to Britain since the start of 2018 while only 5% of them have been deported so far, Romford’s Conservative Party MP Andrew Rosindell has written a letter to Home Secretary Priti Patel, complaining that the problem had gotten ‘out of control’.

Today, I have written to The Rt. Hon. Priti Patel MP @pritipatel to again express my frustrations and those of my constituents, about illegal migrants crossing the English Channel which continues to escalate. Firm action to stop this is needed NOW Home Secretary! pic.twitter.com/XqwHkSDapP

In the letter, he informed her that many of his constituents shared his ‘frustration’ over the problem being ‘allowed to escalate’. He called the situation ‘shocking’, especially that ‘3,400 illegal migrants have reached the UK’ in ‘this year’, according to BBC figures on the matter. He noted that his ‘constituents in Romford’ were ‘perplexed’ as to why the Home Office has allowed this situation to continue, ‘seemingly out of control’. While noting that Patel had his ‘utmost support’ as Home Secretary, he wanted to ‘kindly ask that’ she explained ‘why Her Majesty’s Government has not been able to get to grips with the management of our borders’?

He also acknowledged that part of the reason that the Conservatives won the massive majority they did in the December 2019 general election was because of it, stating that ‘we must be true to our word to take the action that is needed to protect our country’. He also questioned where the migrants were ‘going’, calling it ‘insulting’ to ‘those migrants who have entered our country legally’ if the stories surrounding them ‘being put up in hotels across the country at the expense of the British taxpayer’ were ‘true’, as well as being a ‘slap in the face for the homeless, of whom some are ex-armed forces personnel’. He concluded by stating that she had his ‘full confidence’ as Home Secretary, and that she would soon bring the problem ‘under control’, but also noted that his constituents needed ‘reassurance’ that action was being taken.

Rosindell has been the Conservative Party MP for the West London seat of Romford since 2001, taking it back from Labour MP Eileen Gordon, who had previously won in during the Labour landslide in 1997. Since then, he’s become one of the most popular faces of the Tory right; supporting the reintroduction of the death penalty, gun rights, patriotism and being a prominent Eurosceptic. This letter comes as Patel has vowed to clamp down on these ships, as confirmed in a Conservative Party Q&A. Rosindell had previously sent her a letter on the issue back in May on the same subject matter, of which he acknowledged that she hadn’t given him a ‘reply’ to.