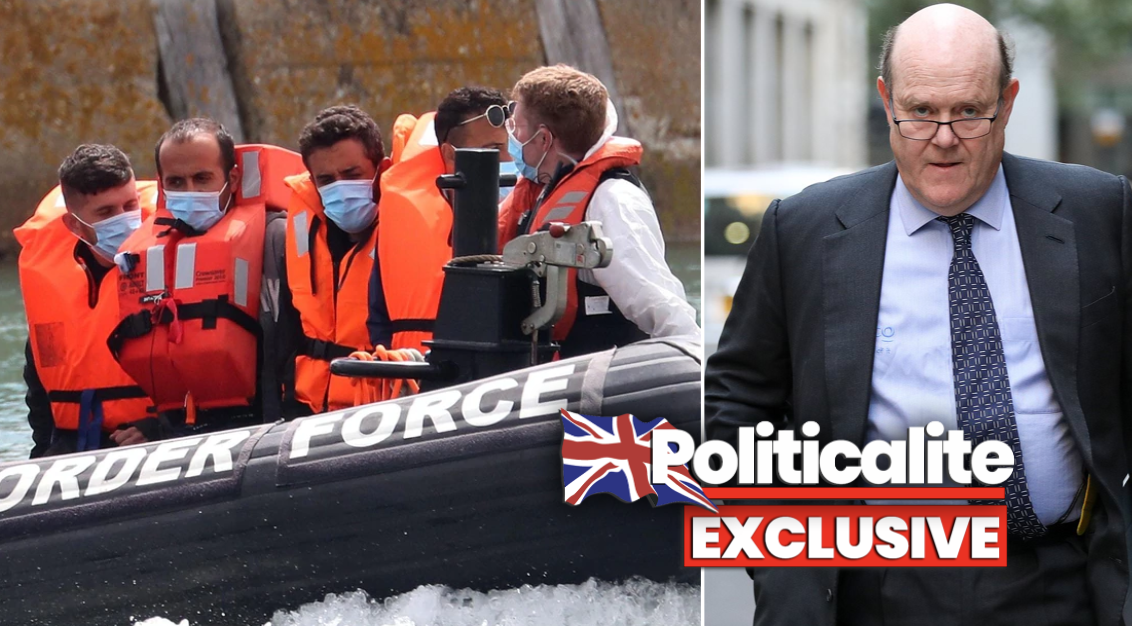 SERCO Boss Rupert Soames, the company which is facilitating migrant stays in hotels at the expense of the hard-up British taxpayer,  has supported globalisation and open borders on his Twitter account.

In a bombshell revelation, Serco CEO, the company providing hotel rooms for illegal immigrants on a government contract of £1.9 billion, has been shown to support globalisation and open borders on his Twitter account.

Rupert Soames, the company’s CEO and the brother of former Conservative MP Nicholas Soames, has uploaded several tweets on his Twitter account to show support for globalisation and open borders. For the former, he commented that globalisation wasn’t ‘all bad’ as it had supposedly lifted ‘2 billion people’ out of extreme poverty, and used similar logic to highlight that when ‘people complain about globalisation’ they should be reminded of that. Other tweets on the subject matter follow the same logic.

There's globalisation for you – 2 billion people lifted out of extreme poverty in last 20 years. It ain't all bad. https://t.co/FHrQs5i60J

When people complain about globalisation, remind them of this https://t.co/amxhhqUtQH

If you ever get tempted away from being a rational optimist, see this. It’s called Progress, fuelled by Globalisation and the odd Expert or two https://t.co/xXOQ9j0mBi

For the latter, he supported the European Union’s freedom of movement scheme, noting that because of alleged lies that the Leave side told ‘about immigration’ during the 2116 EU Referendum, his children were robbed of ‘the freedom to live & work in 27 countries’. He is also a staunch Europhile, blaming politicians for reaping the ‘whirlwind’ by blaming the European Union for much wrong in Britain. He also supported his MP brother, of who lost the Conservative Party whip in 2119 for not supporting the government over a no-deal Brexit, because of his ‘brilliant and heartfelt’ speech on the EU Withdrawal Act. This also led him to clashes with Conservative MPs John Redwood and Jacob Rees-Mogg, the former he felt wasn’t doing enough to avoid a ‘cliff-edge in trade’ over EU trade and the latter whose arguments he called ‘bunkum’.

2/2 the leaders who blamed EU for everything unpopular sowed the wind. Now we reap the whirlwind.

Heart-stoppingly proud of my brother @NSoames making a brilliant and heartfelt speech on the EU Withdrawal Act, all the better for being (a) right and (b) measured. https://t.co/IlCfhtTm15

And pray tell, @johnredwood, what do you suggest to avoid a cliff-edge in trade not covered by WTO rules? Like the majority of our exports and overseas earnings. And you think trade with EU as easy under WTO as single market rules? #thinknot https://t.co/7Jkz4zaCi7

The idea that there are no legally enforceable obligations between us and EU is bunkum. #Nursehesgotoutofbedagain https://t.co/RWZR0SxIdk

Soames has also recently written a piece for The Times about the coronavirus crisis, whereby he promoted outsourcing as an effective way to tackle crises like those of that epidemic. These revelations come as former MEP and Brexit Party leader Nigel Farage has continually exposed Serco’s role in the current illegal immigration crisis at the sea borders, including their accommodation and aiding them in getting to hotels. Soames has yet to comment on the continuing controversy around the issue, despite Home Secretary Priti Patel recently vowing to tackle the problem.