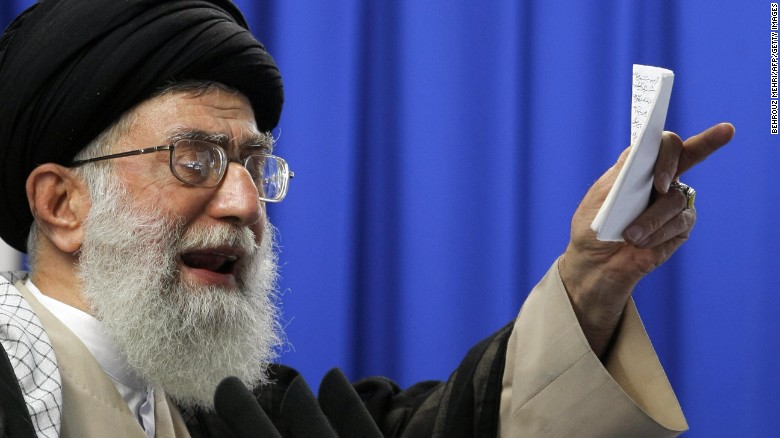 IRAN’S loony supreme leader Ayatollah Ali Khameni has attacked the UK and has said Donald Trump’s body “will be food for worms.”

Khamenei accused Mr Trump of telling “more than 10 lies” when he pulled the United States out of the Iran nuclear deal.

Khamenei said: “Trump has written a letter to the leaders of the Persian Gulf countries. “We could obtain this letter and see it.

“In this letter he tells them that you must all become united, you must do this and you must do that because I spent seven trillion dollars here for you.”

“You petty man (Mr Trump) – you spent that money to dominate Iraq and Syria but you failed.

“To hell with that.”

He also said: “The body of this man, Trump, will turn to ashes and become the food of the worms and ants while the Islamic Republic continues to stand.”

He said he wanted “to continue the nuclear deal” with Britain, France and Germany, but added: “I do not trust these countries either.”

“If you could get guarantees from them in such a way that they can be trusted, no problem then you can continue.

“If you cannot get such a strong guarantee from them, and I see it very unlikely that you can, we could not move and continue like this anymore.”

“Mr Trump I tell you on behalf of the Iranian people: you’ve made a mistake.

“You cannot do a damn thing.”