CR-ISIS: 800 Jihadi's ON THE LOOSE After Mass-Escape During Turkish Offensive
Advertisement

EXCLUSIVE: "It's Time To Bring Him Home" Says Daughter Of Man Beheaded By Isis 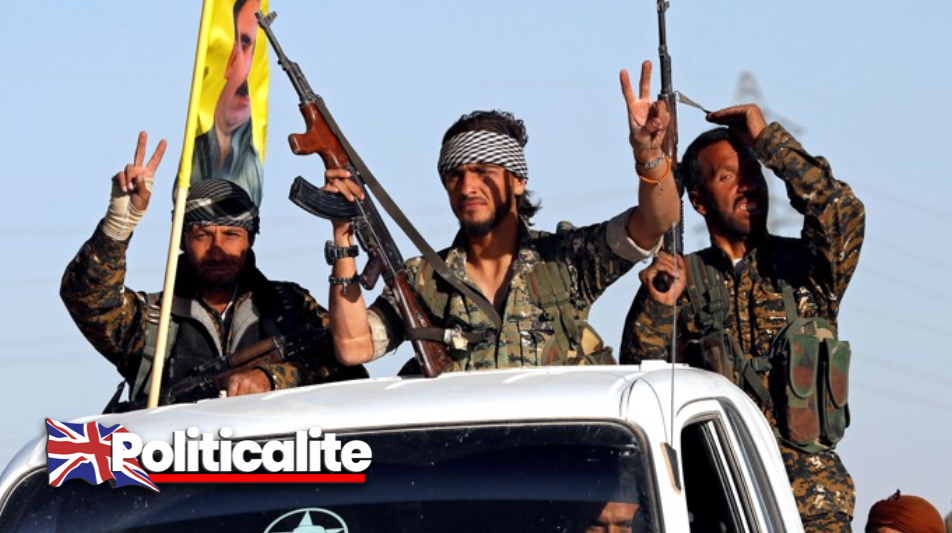 The Kurdish-led administration said 785 Isis prisoners – including the wives and children of members – managed to flee the Ain Issa camp in which they were being held after fresh shelling this morning. following President Trump’s withdrawal of troops from the region. 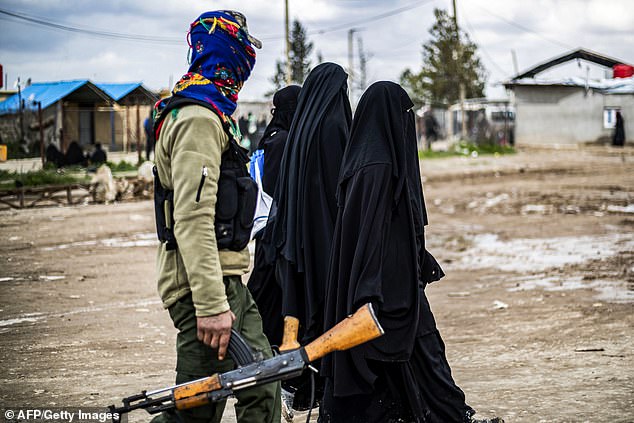 ISIS supporters and fighters are understood to have escaped from some of the many holding camps – taking advantage of the widely-condemned offensive by Turkey.

It was the latest assault by Turkish-backed soldiers in the region since the country began its offensive on Wednesday. According to the United Nations, over 130,000 people have already been displaced but despite international condemnation, Turkey looks set to continue its assault on Syria for nine more days.

In a phone call, the prime minister warned of his ‘grave concern’ the military action could undermine the fight against Isis and compound Syria’s humanitarian situation after nine years of war.

He called on President Erdogan to enter into a dialogue with a view to end the conflict. A Downing Street spokesman said: ‘Mr Johnson expressed the UK’s grave concern about Turkey’s military operation in northern Syria, which he said could further worsen the humanitarian situation there and undermine the progress made against ISIS.

A woman is taken out of a building after it was hit by mortar shells fired from Syria, in the Turkish border town of Akcakale.

Turkish forces have argued that the offensive, which was triggered after US President Donald Trump withdrew American troops from Syria, is necessary to create a safe zone along the border, where it plans to move over three million refugees.

Erdogan has moved to justify the attacks as an attempt to remove a terrorist threat against his country from the Kurdish-led Syrian Democratic Forces. But Kurdish forces have warned of a ‘humanitarian catastrophe’ that could unfold because of the Turkish military operation, and many have accused Turkey of embarking on a mission of ethnic cleansing.

Trump has said that the US does not endorse the assault on northern Syria against Kurdish fighters who helped the US defeat Isis.

Huge concerns have been raised, however, after the President, along with Erdogan, claimed that they were not concerned about ISIS fighters or their allies escaping, because they would simply “go to Europe”.